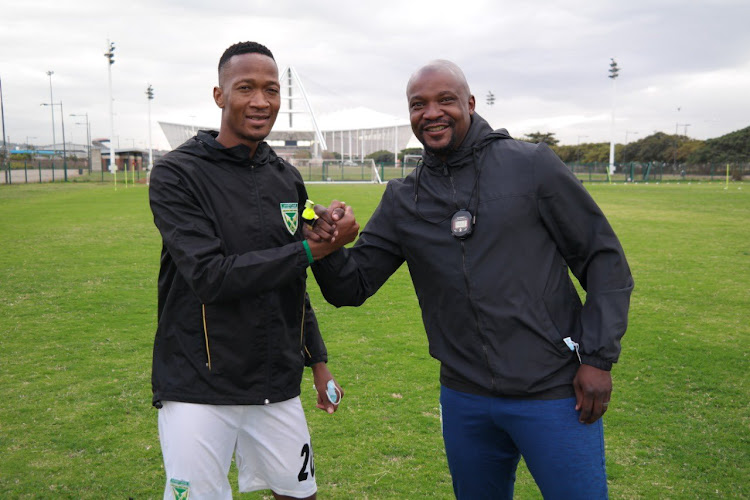 Lehlohonolo Seema has secured his fourth Premiership coaching job in a space of 12 months after joining Lamontville Golden Arrows as their new head coach on Monday.

Since July last year‚ the 41-year-old former Lesotho captain finds himself working in a fourth province in the past year having worked in the Free State‚ Limpopo‚ two stints in the Eastern Cape and is now in KwaZulu-Natal.

He lasted just five months in the job in Port Elizabeth as Chippa United head coach and was suspended‚ then subsequently fired on Christmas Eve.

Seema made the 1500 km trek up north to Thohoyandou after he was announced as the Black Leopards assistant to head coach Dylan Kerr on December 30.

Kerr resigned two weeks later in January‚ apparently after a fall out with Seema‚ and the latter took over the reins.

But Seema was fired by relegated Leopards in May when it became abundantly clear that he will not be able to save the club’s Premiership status.

The following week in May‚ with Leopards resigned to relegation and with a couple of matches remaining‚ and six months after he was fired in Port Elizabeth‚ Seema returned to the windy city and managed to save Chippa United’s Premiership status in the playoffs.

Seema now finds himself in KwaZulu-Natal after he was on Monday announced as the Arrows coach to replace Mandla Ncikazi‚ who parted ways with the Durban club last month and has since joined Orlando Pirates’ technical staff.

While Pirates announced that Ncikazi signed a three-year contract with them‚ Arrows did not reveal the length of Seema’s contract.

“We are pleased to announce the appointment of Lehlohonolo Seema as our new Head Coach‚” Arrows said in a statement on Monday.

“We wish him well in the position and look forward to the continuation of growth in the side.”

Arrows had their record-breaking highest finish in the Premiership after they ended fourth and Seema will be immediately under pressure to not only maintain the same levels but also improve further.

Dismissing the appointment of Kaizer Motaung jnr as sporting director to a mere strengthening of the family business concept is missing the point ...
Sport
10 months ago

England can take another step towards achieving their vision of winning a major tournament when they return to Wembley for their European ...
Sport
10 months ago

England coach Gareth Southgate said it was the spirit of the whole group that sets his team apart as they booked a spot in the European Championship ...
Sport
10 months ago

Denmark’s rousing Euro 2020 campaign continued as they beat the Czech Republic 2-1 on Saturday to reach the semifinals thanks to first-half strikes ...
Sport
10 months ago