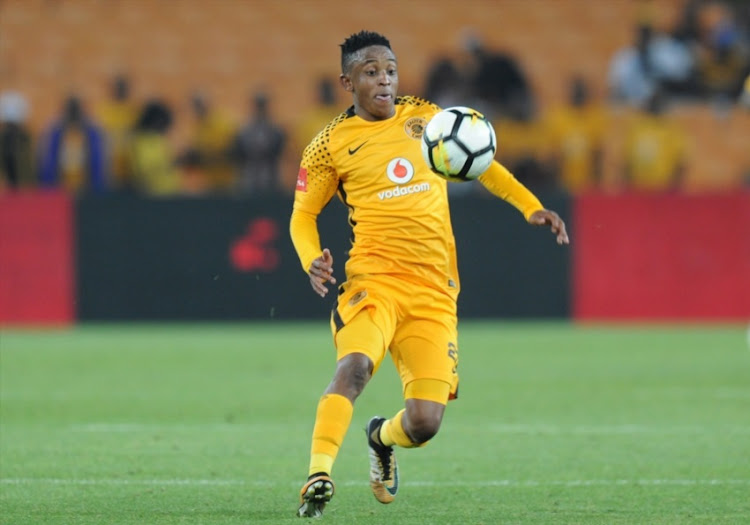 Benni McCarthy is pleased with the qualities two ex-Kaizer Chiefs players, Pule Ekstein and Kgotso Moleko, can bring to AmaZulu.

Usuthu face Cape Town City in their MTN8 quarterfinal at Moses Mabhida Stadium in Durban on Sunday, with former Chiefs attacker Ekstein and left-back Moleko having joined the Durban club this week.

Ekstein, 30, and Moleko, 31, join another left-back, Philani Zulu, as former Amakhosi players signed at AmaZulu ahead of the 2021-22 season.

While attacking midfielder Ekstein joins AmaZulu having spent two years in the Azerbaijan Premier League playing for Saba FK and FK Sabail, like Zulu, Moleko moved to Usuthu after Chiefs decided not to renew his contract.

McCarthy sounded happy about the club’s two ex-Chiefs players acquired this week, confirming they both came on his recommendation.

“Kgotso Moleko is a one of the players who has just joined us. He’s a player who was let go by Kaizer Chiefs and I was very interested in him,” McCarthy said.

“I think he’s got good experience and will give us another dimension in the team. We’ve also finalised Pule Ekstein’s deal. These players joined our camp and I think they’ll come with some experience.

“The team looks very stable and good but not like [Mamelodi] Sundowns and [Kaizer] Chiefs with the lucrative signings they made.

“But I think we’re at where we want to go and these players were a perfect fit for us in terms of what we needed.I’m very, very satisfied and I’m very happy.”

AmaZulu finished second in the DStv Premiership for the first time in the Premier Soccer League (PSL) era last campaign. McCarthy said additions such as Zulu and Moleko can help Usuthu maintain such lofty standards as they also make a first appearance in the Caf Champions League in 2021-22.

Zulu and Moleko were part of the Chiefs team that went all the way to the Champions League final, where they lost to Pitso Mosimane’s Al Ahly in Morocco last month.

AmaZulu coach Benni McCarthy: 'We can go one better than Kaizer Chiefs in the Champions League'

Former Kaizer Chiefs left-back Philani Zulu and SA under-23 captain Tercious Malepe were among the players unveiled by AmaZulu on Thursday afternoon.
Sport
10 months ago

Kaizer Chiefs backtrack, and release Thibedi to go back to Swallows

Kaizer Chiefs have released Given Thibedi to join Swallows FC in a permanent deal, having previously announced they were recalling the midfielder ...
Sport
10 months ago