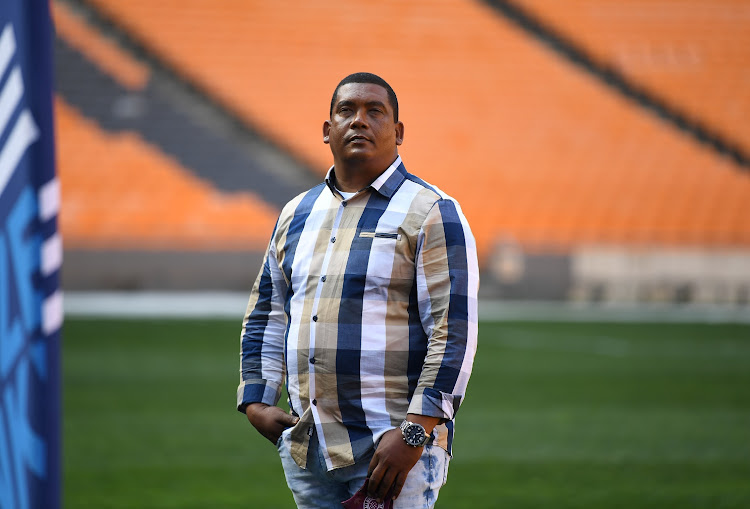 Swallows FC coach Brandon Truter will ask his charges to be more ruthless in front of goal as he attempts to avoid the Birds — last campaign's undisputed draw kings — falling into a familiar pattern.

Truter's team return from an international break where he said he would work on greater aggression from his attackers in a second original Soweto derby of the season against Orlando Pirates in the DStv Premiership at Dobsonville Stadium on Saturday.

Swallows began the season with a 2-1 MTN8 quarterfinal win against Pirates at Orlando Stadium that ended a run of nine matches without a win that included eight draws, from a side who drew 20 of their 30 league games in their promoted campaign in 2020-21. They followed that with a 1-0 opening league win at home to Royal AM.

They drew next two matches 0-0, away to AmaZulu in the league then away against Cape Town City in the first leg of their MTN8 semifinal.

Truter said while Swallows have continued to show the defensive solidity that led to a creditable sixth place in their first season back in the Premiership, they need goals to avoid slipping back into stalemate mode.

"We must be ruthless in the chances we create. I think against City they had one header at the far post, I think Willem Vries made two saves during the full 90 minutes,” Swallows’ coach said.

"City put a lot of balls into the box but we dealt with them. [Centreback] Sipho Sibiya got man of the match, we had Yagan Sasman, we had Junaid Sait, who could deal with those types of threats."

Swallows coach Brandon Truter seemed to suggest that the team’s management dropped the ball after he said he was unimpressed with the logistics and ...
Sport
4 weeks ago

Truter admitted he is blessed with options at the back, as he had Katlego Mohamme on the bench and Wandisile Letlabika unused against City.

"It's the good headache to have. You must also realise Vuyo Mere is still outside. We also have Tebogo Langerman coming into that defence, so defensively we are good.

"But I think the previous three games [to City], yes Junaid Sait and Thabo Matlaba also got man-of-the-match, but in those games offensively we were also very good.

"Most of the praise went to our attackers, and it shows in our game plan with the pressing and the speed that we have in attack."

Pirates captain Happy Jele will go to a monumental milestone as the first player to secure 400 caps for the Buccaneers if he is picked by caretaker coaches Mandla Ncikazi and Fadlu Davids.

It goes without saying that a team like Mamelodi Sundowns that dissects opposition with a biologist’s precision will have noticed Kaizer Chiefs' ...
Sport
2 weeks ago

Billiat travelling back to Chiefs as Baxter eyes Manyama as supersub

Lebogang Manyama is back in full training but can at most be used from the bench, while Khama Billiat is only expected back from international duty ...
Sport
2 weeks ago

Mamelodi Sundowns co-coach Rulani Mokwena has admitted to "an element of truth" to a disagreement between the club's coaching trio that was the ...
Sport
2 weeks ago

Mamelodi Sundowns' trio of coaches are the main reason the club transitioned smoothly in life after Pitso Mosimane, Downs chair Tlhopie Motsepe has ...
Sport
2 weeks ago