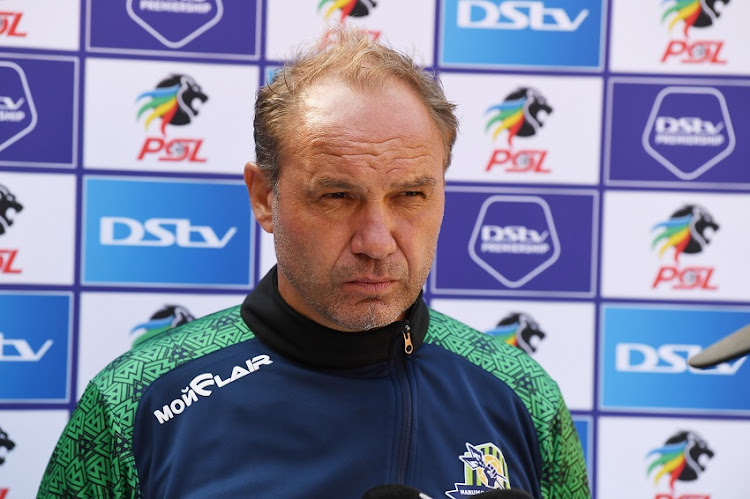 The DStv premiership side announced on Sunday afternoon that the Frenchman had been shown the door after a disciplinary hearing found him guilty of insubordination and directing abusive language at the club's technical director Harris Choeu.

The incident took place in public at OR Tambo International Airport in the presence of the players and the technical team while the team was travelling to Durban to play against Golden Arrows in a league match last week.

Arrows compounded Gallants’ misery with an impressive 3-1 victory at the Sugar Ray Xulu Stadium in Durban.

Marumo chair Abram Sello said on Sunday the incident could not have come at a worse time as the Limpopo side hosts DRC's AS Vita on Friday October 15 in Polokwane in the second round of the CAF Confederation Cup.

“As a coach his [Migné's] duty is to instil discipline in the team. The club followed correct disciplinary procedures and the decision to release him was made,” he said.

“It is unfortunate that Sebastien had to be dismissed, especially at a crucial time when we are pushing to remain in the league and advance in CAF. As management we cannot go against what the DC has decided but to wish Sebastien well in his future endeavours.”

Gallants have not won a game in the DStv Premiership this season and Migné admitted only a few days ago that the pressure was starting to tell on him.

After five matches played this season, the Limpopo outfit are second from the bottom of the log with just two points to show for their trouble after a string of poor results left them desperate for solutions.

They will now face the tricky AS Vita without Migné.

But the club insisted on Sunday that they would soldier on despite the turbulence.

“Despite the current developments, the Friday match will go ahead, and the club is working hard to ensure that all CAF requirements are met, including having a qualified coach [on the bench]," the club said.

“The club maintains that there is no crisis and training continues as scheduled, and the technical team and players are looking forward to the next game.”

Bafana keep the dream alive with win over Ethiopia

Bafana Bafana's dream of qualifying for the 2022 Fifa World Cup is on track after two mistakes by Ethiopia paved the way for Hugo Broos's side to ...
Sport
3 months ago

Bafana Bafana coach Hugo Broos has explained the reasons behind the decision to substitute Tshegofatso Mabasa early in the away 2022 Fifa World Cup ...
Sport
3 months ago

Benni McCarthy is relieved that AmaZulu FC will be meeting DR Congo's TP Mazembe in the first leg of the Caf Champions League first round at Moses ...
Sport
3 months ago