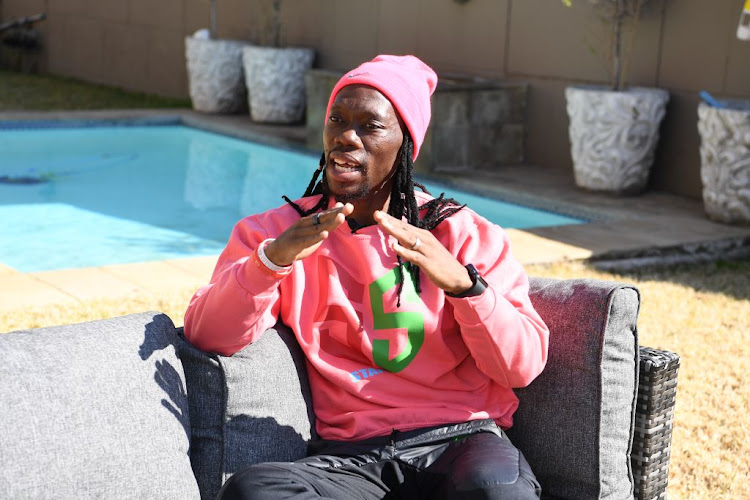 The tough, dreadlocked midfielder with an eye for a pass, popularly known by his nickname “Yeye”, called time on a 15-year top-flight career in July, having played 10 league games at TS Galaxy in 2020-21.

“The plan was to still be in coaching and in football. I've been doing my licences – I just need to complete my Scottish B licence. I have to go there to do the practicals, though Covid has made it difficult to travel,” Letsholonyane said.

“I have also just acquired shares of a team playing in the SAB League, Pimville Youngsters. I'm part of the directors and also do my coaching there.

“It's a bit of everything, from coaching to admin, to being a guide to those players – a parent, uncle or whatever.

“The aim of the team is also a bit of everything – to develop players, to supply teams in the First Division and Premier League, and also to try to get promotion and maybe play in the Motsepe League or GladAfrica Championship in the next few years.

“Getting promotion is a longer-term plan. But for now it's to give these young boys an opportunity to train properly, learn to do things the proper way, more or less being in a professional set-up but in a lower division team.”

Pimville train at Trezona Park in Florida and play some games there and some at Nike Sports Centre in Soweto. Letsholonyane said his long relationship with owner Phudi Ditshego led to the ex-player's investment in the team.

“We have spoken about this for a few years now and obviously I wasn't ready while I was playing. But now the time has come and I was ready for the challenge,” he said.

“We are about a month into the team starting training and I'm enjoying the challenge and every bit of information that I get.”

In such a lengthy playing career, Letsholonyane will have accumulated plenty of ideas on coaching and administration.

“I've seen, I've learnt what not to do,” he said. “There is also a difference between seeing and doing things, so I think at the moment it is my time to implement what I've learnt over the years, and continue to learn from that.

“Because I know, definitely, some of the things that are in my head that I might think are the right things, might not be practical when I implement them. And I have to learn that, knowing how to adjust.”

Former Kaizer Chiefs star Reneilwe Letsholonyane has backed his old Amakhosi boss Stuart Baxter to find the winning formula in the midst of a ...
Sport
3 weeks ago