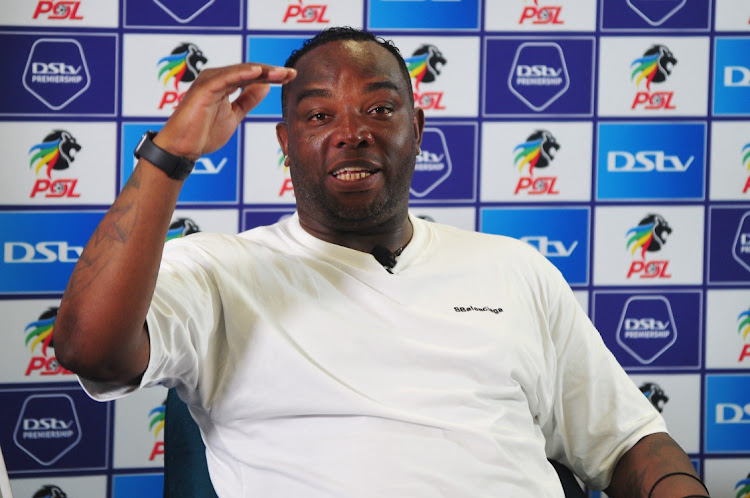 AmaZulu FC coach Benni McCarthy will be looking for a win against Orlando Pirates in Durban on Wednesday. Photo by Darren Stewart/Gallo Images
Image: Darren Stewart

Veteran AmaZulu defender Tsepo Masilela has defended his team’s inability to turn draws into victories this season ahead of hosting Orlando Pirates in a DStv Premiership match at the Kings Park in Durban on Wednesday.

Usuthu have played four draws in their last four matches against Royal AM (0-0), Maritzburg United (1-1), Kaizer Chiefs (1-1) and Stellenbosch FC (2-2), but Masilela believes they can avoid playing their 10th draw overall against Pirates in what will be Usuthu’s last match of the first round.

“The guys are looking forward to the game. The games are coming thick and fast and at some point we need to start winning,” said the former Bafana Bafana defender.

“It’s a home game and in this league there’s no easy game. We’re expecting a tough match against a good side.”

Masilela lamented the fact that they’ve been playing well but failing to recapture the form that saw them finish second in the Premiership last season.

“Our performances have been good but the we have had disappointing results. Again (on  Wednesday) it’s another game where we’re playing for three points, and if we can continue performing and creating chances I think we’ll start winning.

“But it’s also important that we don’t get too ahead of ourselves because every game has its own challenges.”

The 36-year-old Masilela, who played for Getafe in the Spanish La Liga between 2011 and 2012 before joining Chiefs, said while they’re desperate to score goals and win games they should forget defending against Pirates.

“As long as we defend well and going forward we do the right things and we try to create chances and take them,” he said.

“We’re also playing against good and strong opponents. Individually they’re good and have a good coach (Bucs co-coach Mandla Ncikazi) who was at (Lamontville Golden) Arrows last year. It’s not going to be easy, there are no easy games.”

In Pirates, Usuthu are meeting a side that has also been struggling, collecting just one point better than their seven in the last five matches.

Another draw for Usuthu will further infuriate coach Benni McCarthy, who’s been left wondering what more he needs to do to get his team back to last season’s form.

Benni McCarthy’s frustration of not seeing his AmaZulu winning the games they dominate continued at the bucketing Moses Mabhida Stadium on Saturday ...
Sport
8 months ago

In what looks like a move to pave the way for some sort of normality by the Premier Soccer League (PSL), late kickoffs are returning to programming ...
Sport
8 months ago

Swallows FC owners need to invest in quality players, otherwise they’ll be back in the doldrums
Sport
8 months ago