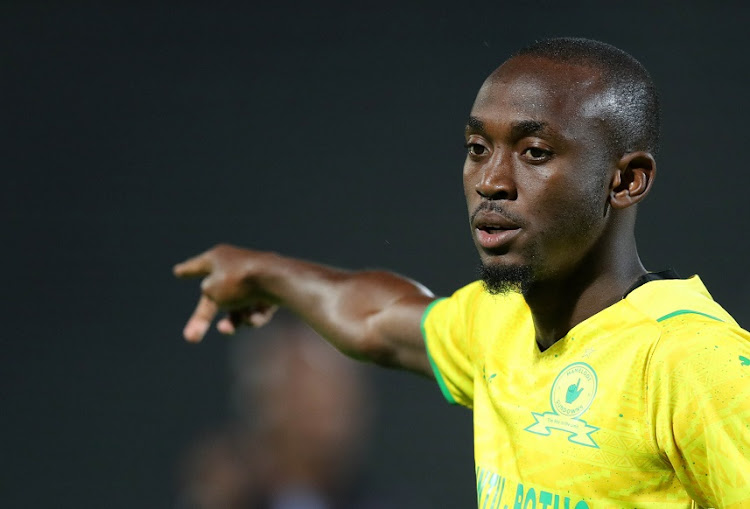 South African domestic football has been dominated by Mamelodi Sundowns in 2021 as they romped to the DStv Premiership and MTN8 titles and look odds-on to repeat their league triumph again heading into the New Year with a commanding 14-point lead.

The Brazilians broke records and set a new standard for the league, but they were not the only achievers in what was a topsy-turvy 12 months for many clubs.

Here is the year in numbers in the Premier Soccer League:

MOST GAMES IN THE YEAR

The ‘Big Three’ Premier League sides all racked up club records for most games played in a calendar year in all competitions. The condensed fixture list — to account for the two-month break for the Covid-19 2021 Africa Cup of Nations, and which will be played January and February — added to their burden.

Mamelodi Sundowns played 60 games in all competitions (W37 D19 L4), a new record for the Brazilians and a test even for their large squad of quality players.

Orlando Pirates were not far behind with 59 games (W25 D21 L13), which is also a record for them, while Kaizer Chiefs’ run to the final of the Caf Champions League contributed to them playing 53 games (W20 D18 L15). That is two games short of how many they should have played, given their two games missed in December due to an outbreak of Covid-19 at Naturena.

MOST LEAGUE POINTS IN THE YEAR

No surprises here, but Sundowns secured the most DStv Premiership points in 2021, with 93 in 41 games, which is also a new record in the PSL era.

Once again Sundowns top this list comfortably with 65 DStv Premiership goals in their 41 games, but there may be eyebrows raised over who are in second.

Few might have expected Lamontville Golden Arrows to be the next most prolific side in the top-flight in 2021, but they are the only other team to reach 50 league goals — Arrows got 50 on the dot — in the past 12 months.

Pirates fell one short of that mark with 49, though they played a full five games more than Arrows (38) with their tally coming from 43 matches.

Chiefs were one back with 48 goals, not a bad return considering the doom and gloom that surrounded the underachieving side for most of 2021. Their tally also came from 38 games.

Sport provided a massive adrenaline rush in 2021 with incredible stories to savour in an intense and often overwhelming year.
Sport
4 months ago

Two teams were tied for the worst defence as both TS Galaxy (from 39 games) and Marumo Gallants (42) conceded 49 goals. One behind them was Cape Town City, who shipped 48 goals in 38 games.

The team with the best goal difference was Sundowns (+46) and the side with the worst was Gallants (-22).

MOST INDIVIDUAL GOALS IN 2021

It will be no surprise to hear that Peter Shalulile heads the list of goalscorers among SA's clubs in 2021. The prolific Sundowns frontman has been a revelation and netted 30 times in 54 games in all competitions.

Just to have played that many games — every single one of them a start — is a tremendous credit to the Namibian’s fitness and ability to stay injury free, and shows his importance to Sundowns.

Sundowns picked up the most DStv Premiership wins in 2021 with 26, followed by AmaZulu (18), who were one ahead of Pirates (17). Kaizer Chiefs (15) were actually fourth on the list despite their struggles in the first half of the year.

Little surprise either in terms of who had the most draws after Swallows FC set a new 30-game PSL season record of 20 in the 2020-21 campaign. They drew 25 of their total 40 games in 2021, followed by Stellenbosch FC, who had 19 draws in the year. The draw kings in this season, AmaZulu, are next on the list with 18 for the year.

Two clubs hold the record as the biggest losers, with TS Galaxy and Marumo Gallants both suffering 19 defeats. Baroka FC and Maritzburg United (17 each) are next.

It was not the worst year for turnover of coaches, but two clubs do stand out, one of those a well-known serial offender.

If you look purely at changes to the technical team in the dugout — including the use of caretaker coaches — Marumo Gallants lead. They had seven changes to their match-day coaches, some temporary and others permanent.

Gallants, or TTM as they were known in 2020-21, started the year with Joel Masutha in charge. When he left in February, co-coaches Mpho Maleka and David Mathebula were in charge.

As football fans came back to stadiums in 2021 reclaiming the grounds from the lockdown emptiness of the previous year - the energy, noise and colour ...
Sport
4 months ago

Dylan Kerr arrived to lead the side to safety and a shock Nedbank Cup title, but TTM — renamed Gallants — could not agree a new contract for 2021-22. He was replaced by the Frenchman Sébastien Migné, who did not last more than a couple of months, with Maleka and Mathebula back in charge. The club needed a coach with a Caf Al License to lead them in the Confederation Cup and so leant on Raymond Mdaka to do that for them. They finally decided to appoint Dan Malesela as a new permanent coach in November and he has made a good start.

Chippa United are never far off the action and have had five men in the dugout, ironically starting the year with Malesela as their boss. He made it to April before brief spells for Siyabulela Gwambi and Lehlohonolo Seema, who saw the side through the relegation play-offs.

Gavin Hunt was handed the reins for the new season but was soon axed, with player Kurt Lentjies given a surprise elevation in his first head coach role. He too has made a promising start with the Chilli Boyz.

Six players scored goals in their first Premiership appearance in 2021, but only one netted more than once when making his bow for his club in the competition.

Nigerian forward Chibuike Ohizu scored a brace in a 2-0 win for Sekhukhune United at Maritzburg United in his SA top-flight debut, though of course he had helped the side to promotion from the GladAfrica Championship in 2020-21.

Bafana Bafana coach Hugo Broos seemed reluctant at times to call on overseas-based players during the Fifa World Cup qualifiers, though that could ...
Sport
4 months ago

KwaZulu-Natal sides AmaZulu and Maritzburg United hold the records for the biggest Premiership wins in 2021 after they both claimed 5-1 successes.

Usuthu defeated Cape Town City 5-1 in April, sweet revenge for coach Benni McCarthy after he had been ditched by the club. The match was also notable for the four penalties awarded by referee Victor Hlungwani, the most in any match in 2021.

Maritzburg handed a 5-1 thumping to Chippa United, also in April.

MOST GOALS IN A GAME

AmaZulu were also prominent in the joint record for most goals in a single Premiership game in 2021, with the top mark being seven.

They played to a 4-3 win over Bloemfontein Celtic in February, which was later matched by Cape Town City’s 4-3 win over Lamontville Golden Arrows in October. That was a game in which they led 4-0 and then had to hang on grimly at the end as Bafana Bes’thende mounted a comeback and could have gone on to secure at least a point.

Mokwena hails ‘incredible’ Sundowns for soldiering to 60 games in 2021

Co-coach Rulani Mokwena has praised Mamelodi Sundowns' players for soldiering to their 60th match in a calendar year with the consistent appetite for ...
Sport
4 months ago