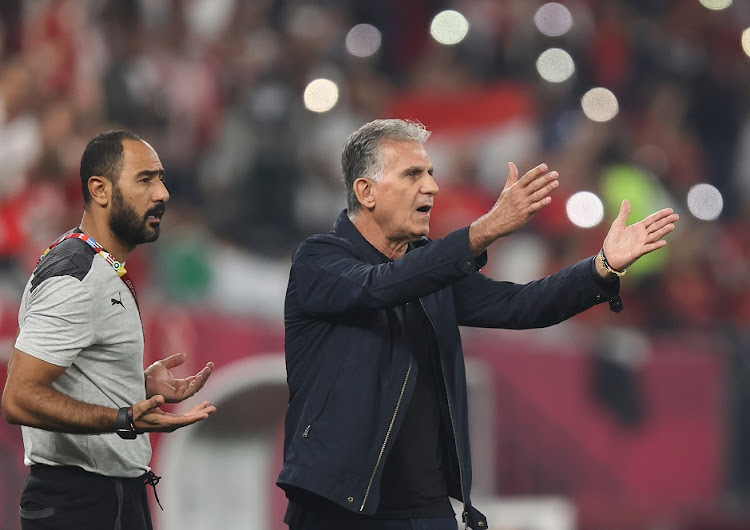 Covid-19 infections continued to disrupt Africa Cup of Nations preparations as Egypt cancelled training and delayed their departure to the tournament in Cameroon while Guinea were forced to leave three players behind at their training base in Rwanda.

The former Bafana Bafana, Portugal and Real Madrid coach tweeted: “Unprecedented times. The more the situation becomes difficult, the more we stay together and strong.

“Better we stand together and focus on what we need to do to meet the challenges. Dear friends and teammates, we all pray for your health, wishing fast recovery and return to our team.”

Unprecedented times. The more the situation becomes difficult, the more we stay together & strong. Better we stand together & focus on what we need to do to meet the challenges. Dear Friends & Team Mates, we all pray for your health, wishing fast recovery and return to our Team.

The Guinea Football Federation said on Friday that defender Mikael Dyrestam, a former Sweden international who switched allegiance to Guinea, was isolating in accordance with local Covid-19 protocols, together with goalkeeper coach Kemoko Camara, who also tested positive, while the rest of their delegation departed for Cameroon.

Striker Seydouba Soumah was already in isolation after testing positive. Midfielder Morlaye Sylla would have to undergo a new PCR test on Friday and would be allowed to travel if he returned a negative result, the Guinea Football Federation said.

The rest of the 27-man squad and staff arrived in Bafoussam on Friday ahead of Sunday’s tournament kickoff. Guinea play their opening Group B match on Monday against Malawi.

Gabon captain Pierre-Emerick Aubameyang tested positive for Covid-19 on arrival in Cameroon on Thursday, along with teammate Mario Lemina. They are now awaiting the results of PCR tests to verify the results of the antigen tests but both missed the country’s first training session on Friday.

If confirmed positive, they will have to go into isolation and would almost certainly miss Gabon’s opening game in Group C against the Comoros Islands in Yaounde on Monday.

The Cape Verde Islands were also waiting for the results of PCR tests on two of their players — defender Joao Paulo Fernandes and midfielder Nenass — after they tested positive on arrival on Thursday.

Squad sizes have been increased to 28 players for the Cup of Nations in case of Covid-19 infections.

The tournament kicks off in Yaounde on Sunday with the Group A matches between hosts Cameroon and Burkina Faso (6pm SA time) and Ethiopia and Cape Verde (9pm), both at Olembe Stadium.

Nigeria striker Odion Ighalo will not play for his country at the Africa Cup of Nations in Cameroon after his Saudi Arabian club refused to let him ...
Sport
1 week ago

The Confederation of African Football (Caf) have increased the prize money on the eve of the 2021 Africa Cup of Nations kickoff on Sunday, and said ...
Sport
1 week ago

Largely empty stadiums could become a feature of this month's Africa Cup of Nations (Afcon), which kicks off on Sunday, due mainly to Cameroon's ...
Sport
1 week ago

Liverpool’s Mo Salah headlines a group of six foreign-based players in Egypt’s squad for the Africa Cup of Nations finals in Cameroon, while there is ...
Sport
2 weeks ago