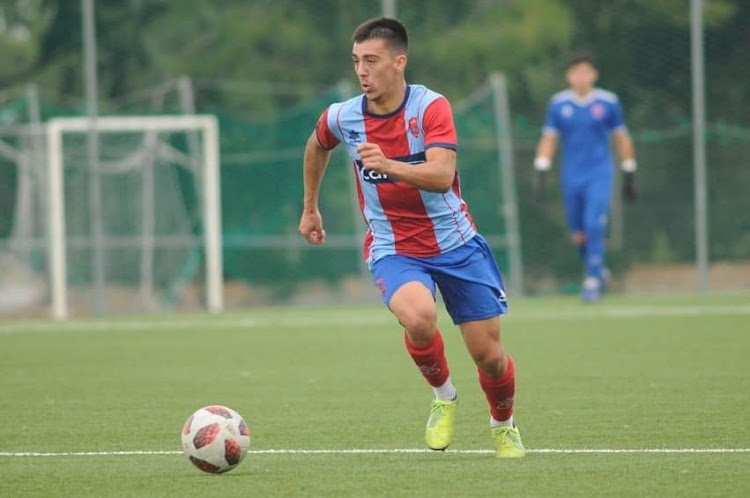 Young SA midfielder Christos Retsos has signed for Greek second-tier side AO Kavala as he seeks to get his career back on track after a difficult few years.

However, he faces a mighty challenge trying to help a club that have no wins in nine games this season, having scored only two goals and conceded 47, which includes four 7-0 losses and two 6-0 defeats.

There are signs Retsos’ arrival and that of other players is starting to improve Kavala’s performances.

The 20-year-old is viewed as an exciting talent, but has seen his progress stunted in the last 18 months, not through his own doing.

“Christos is an ambitious and passionate midfielder whose addition will be a great reinforcement for the present but also a legacy for the future of the club,” Kavala said.

He is the cousin of Johannesburg-born Bayer Leverkusen defender Panagiotis Retsos, who is a full Greek international.

Retsos’ options remain open and he will be looking to fulfil his early potential that saw him leave Johannesburg club Corinthians and join then-top flight Greek outfit Panionios.

He made his Super League debut against giants Olympiakos in February 2020 while only 18, and looked to be making good progress.

Dillon Sheppard and Patrick Phungwayo are two other South Africans who had previously turned out for Panionios.

Retsos was then struck by some bad luck when the club ran into financial difficulties and was stripped of their licence to play at a professional level, which saw them automatically relegated to the Greek third tier, which like SA is the amateur ranks.

It is a level too low for Retsos, but he was in the wilderness for some time before joining second-tier AS Rodos in late September, making five appearances before for leaving for Kavala.

His new club are in dire straits and will hope his arrival can help them rescue a desperately poor start to the season.

They conceded 45 goals in their first seven games before a near miraculous 0-0 draw on Wednesday and a 2-2 stalemate on Saturday suggested they are starting to right the ship.

The team is coached by former Werder Bremen tactician Alexander Nouri, who was until recently assistant coach for the US national side. He arrived in December so there is the hope he can improve the team further in the coming weeks.

Who are the South African teenagers on the books of European clubs?

Bongani Zungu’s potential 7-million Euro (R108-million) switch from French Ligue 1 side Amiens to Olympiakos in Greece would be the most expensive ...
Sport
3 years ago

Panagiotis Retsos lost to Bafana after he makes his Greece debut

Stuart Baxter can chalk off one of the overseas-based players he was targeting for Bafana Bafana after highly-rated teenager Panagiotis Retsos made ...
Sport
4 years ago