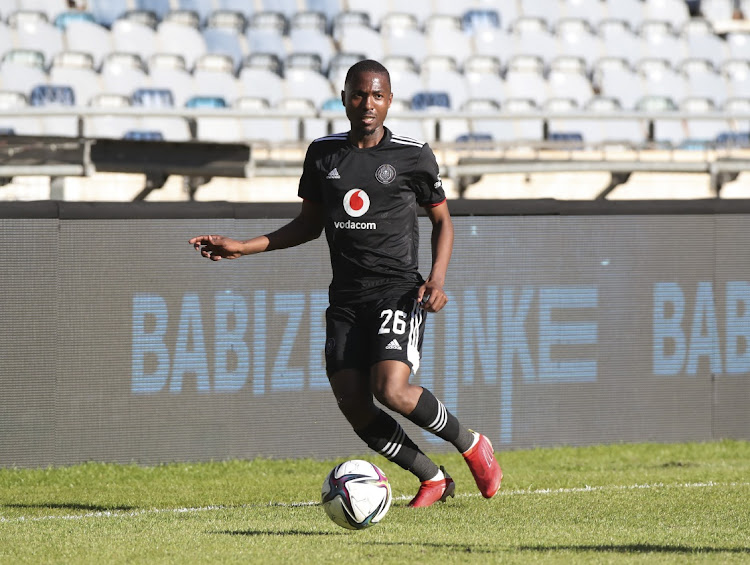 Orlando Pirates were undone by some clinical finishing as they lost 3-2 at Al Ittihad of Libya in the African Confederation Cup on Sunday, twice coming from behind to equalise but then caught by a second-half sucker punch.

Pirates had won their opening group B game last weekend but the long trip to Benghazi, which involved three flights and took some 24 hours, plus the artificial pitch and chilly weather took the Buccaneers out of their comfort zone and ultimately proved their undoing.

They still looked the better side but their Libyan hosts showed that accurate finishing, so frequently missing in South African football, remains decisive at this level of competition.

Both Pirates goals came from Bandile Shandu, now proving an inspired buy from Maritzburg United, but the quality of all three of Al Ittihad’s goals proved the difference

Pirates were behind after 14 minutes as Ittihad captain Sanad Al Warfali hammered home a superbly take free kick from the edge of the area.

Happy Jele had given away the free kick as Pirates looked a little rattled from seeing Paseka Mako need treatment to a cut on his head.

Orlando Pirates expect a tough away match in their second Caf Confederation Cup Group B match against Libya's Al-Ittihad at Martyrs of February ...
Sport
4 months ago

But the Buccaneers equalised 12 minutes later as Shandu drove home a shot from just outside the penalty area, with the ball skimming along the artificial surface and into the back of net.

But if Pirates thought that was cue to start to dominating the game, they were caught cold within 60 seconds by Muad Eisay’s left-footed drive which flew into the corner of the goal, beating a despairing drive from Siyabonga Mpontshane.

Pirates felt decisions were going against them and dissent from both Thembinkosi Lorch and Ben Motshwari earned them bookings, but Shandu was on hand on the stroke of halftime to bring Pirates back level again, this time poking home from close range after defender Omar Al Khouja failed to clear but instead played the ball into the Pirates’ right back’s path and Shandu needed no second invitation.

Pirates then looked set to take charge of the game when the teams came out after the break but were caught again, eight minutes into the second half, as Al Khouja made up for his error with a superb speculative effort from some 35 metres out that caught Mpontshane off his line. It proved a worthy winner although Pirates dominated the last 20 minutes as they continued to search for an equaliser but will have to depart for home on Monday without any reward.

Zakhele Lepsasa was handed a first start in more than a year by Pirates’ co-coaches, chosen to lead the attack ahead of Kwame Peprah and Frank "Gabadinho" Mhango, who came on as a substitute for his first run out for the club since returning from the Africa Cup of Nations finals in Cameroon.

Failure by the coaches to use the nuggety Malawian in their last three games against AmaZulu, JS Saoura and Lamontville Golden Arrow certainly has had tongues wagging.

Second-half goals from substitutes Fred and Anthony Elanga earned Manchester United a 4-2 victory over Leeds United in a thriller at Elland Road in ...
Sport
4 months ago

Manchester City said they were "shocked and appalled" by an attack on midfielder Phil Foden and his family after a video appeared to show them ...
Sport
4 months ago

Mamelodi Sundowns could not make the advantage of a neutral venue count, settling for a Caf Champions League Group A point gained from a 0-0 draw ...
Sport
4 months ago