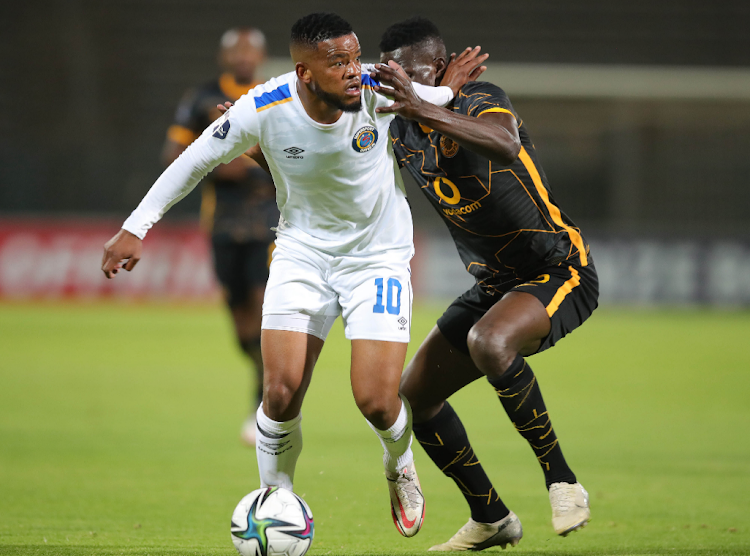 SuperSport United boss Stan Matthews has said “disrespectful” and want-away midfielder Sipho Mbule has been suspended by the club.

TimesLIVE reported on Wednesday that Mbule was a notable absentee in SuperSport’s training session at Megawatt Park in Sunninghill, Johannesburg, on Wednesday ahead of Friday's Nedbank Cup quarterfinal clash against Tshakhuma FC.

Quizzed about the whereabouts of one of Mzansi’s most promising talents, United coach Kaitano Tembo simply said he did not want to comment.

“I don’t want to talk about Sipho Mbule. I think I will leave that to the management,” Tembo said.

SuperSport CEO Matthews later revealed that discipline issues were the reason behind the player being absent from training.

“Sipho has been excused from training until further notice for disrespecting his teammates and the technical team,” Matthews told TimesLIVE on Wednesday evening.

It has been widely reported that Mbule has tried to force a move away from SuperSport, with Kaizer Chiefs and Mamelodi Sundowns reported to be interested in Bafana Bafana Bafana midfield star.

Mbule has played only six minutes for Tembo’s charges this year, when he came on as a substitute in the 2-0 win over AmaZulu FC on March 5.

SuperSport United coach Kaitano Tembo has refused to comment on the whereabouts of their want-away player Sipho Mbule.
Sport
2 months ago

SuperSport coach Tembo: Mbule on the up again after failed move to Chiefs

SuperSport United coach Kaitano Tembo says the attitude of the want-away midfielder, Sipho Mbule, has changed a lot and that’s why he has returned to ...
Sport
3 months ago

Nedbank Cup quarterfinal tickets — where you can get them

Tickets for this weekend’s Nedbank Cup quarterfinal matches are available at various outlets across the country.
Sport
2 months ago