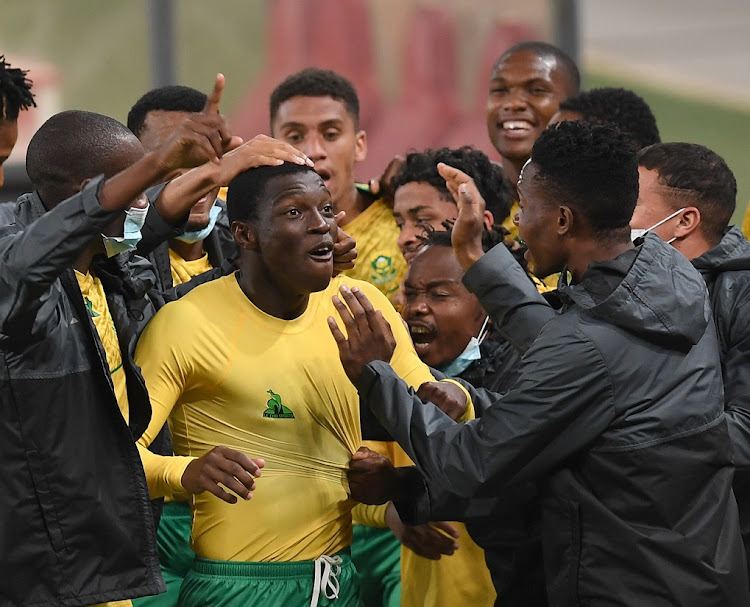 Bafana Bafana were drawn in a relatively comfortable, though perhaps also deceptively tricky, Group K in the qualifiers for the 2023 Africa Cup of Nations on Tuesday night, along with Morocco, Zimbabwe and Liberia.

Morocco are easily the favourites in the group, in which the top two qualify for the tournament in Ivory Coast. The group stage matches start in June.

SA did not qualify for the Covid-delayed 2021 Nations Cup, won by Senegal on penalties over Egypt in the final in Cameroon on February 6. In 2019, they reached the quarterfinals by shocking hosts Egypt in the second round.

Morocco are ranked 24th in the world and second to Senegal in Africa. The Atlas Lions topped Group C at Cameroon 2021, beat Malawi 2-1 in the second round and lost 2-1 in extra time to eventual runners-up Egypt in the quarterfinals.

Zimbabwe, ranked 33rd in Africa and 122nd in the world, ended bottom of Group B in the last Nations Cup, and were beaten home and away by Bafana in the 2022 World Cup qualifying group stages last year.

Zimbabwe were part of the draw despite having been suspended by Fifa, and may still not be part of the qualifiers if the ban is not lifted.

Liberia, ranked 46th in Africa and 149th in the world, have qualified for only two Nations Cups, exiting in the group stages in SA in 1996 and Mali in 2002.

SA are ranked 69th in the world. They were seeded in Pot 2 of the four pots in the draw at pay-channel SuperSport's studios in Randburg.

The pots were decided by virtue of Fifa rankings. Bafana, ranked 13th in Africa, missed the top pot by one place.

The Nations Cup in Ivory Coast takes place from June 23 to July 23 next year.

Bafana Bafana will hope for a kind draw when they are seeded in Pot 2 for the 2023 Africa Cup of Nations in Randburg, Johannesburg on Tuesday evening.
Sport
3 months ago

Bafana coach Broos on Lille drubbing: ‘This is no shame for us, even at 5-0’

It seemed revealing that Bafana Bafana coach Hugo Broos could only admit, as he had warned before the game, that there was a gulf in class between ...
Sport
4 months ago

Bafana Bafana were not just overwhelmed by the obvious gulf in class between themselves and world champions France in Tuesday's 5-0 drubbing in Lille ...
Sport
4 months ago

SA football has been in the doldrums for the last 20 years, with the same Safa and PSL suits conducting the show
Sport
4 months ago