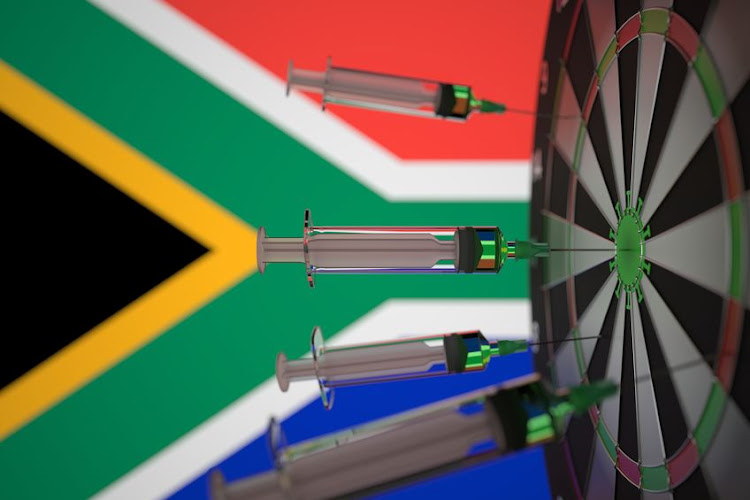 OFF THE MARK History will judge our government unkindly for its failure to protect our country, its people and its economy.
Image: 123RF/moovstock

Sadly, I will remember the early 2000s in SA for how graveyards and funeral parlours were growing everywhere.

This was brought about by politicians fudging the science behind HIV/Aids and pushing a political agenda of garlic and beetroot when the scientists of the world demonstrated antiretrovirals were the only solution to that terrifying disease.

It would be impossible to say how many lives were needlessly cut short, but conservative estimates put it in the hundreds of thousands.

Fast forward to January 2021. The Covid-19 global pandemic, although not as deadly as HIV/Aids, is far more easily spread. An initial peak of infections in July 2020 is now being overshadowed by a more significant second wave in January 2021. The next few weeks promise to get much worse after the festive season travels most South Africans enjoyed.

Our government needed to elbow its way into the front of the international queue to get the Covid-19 vaccine into SA in sufficient quantities.

I’m not one for endless criticism. I believe there were some elements of our government’s handling of the pandemic that were better than some so-called first world nations. There were some clumsy regulations that banned cooked chicken and open-toed shoes, but in the context of the threat we faced, we could survive the silliness with our tried-and-tested SA humour.

However, when you consider what our government should have regarded to be the biggest priorities, this is where similarities with the early 2000s become apparent.

Firstly, our government had to ensure that additional healthcare capacity was developed in that first hard lockdown in the fastest period of time. That capacity had to be able to handle peaks of infections, protect healthcare workers and minimise economic impact on businesses and people. Much is known about how, despite the long lockdown of 2020, additional health capacity has been wholly inadequate and how patients are dying in the corridors of our hospitals while overworked healthcare professionals do what little they can.

Secondly, and the point I would like to dwell on, our government needed to elbow its way into the front of the international queue to get the Covid-19 vaccine into SA in sufficient quantities.

There is nothing mystical or magical about vaccines being the best solution to a virus that spreads this easily. No, it is not a cure, but it does ensure that the majority of your population can fight the virus with their own immune system, leaving our healthcare system able to manage the smaller numbers who need hospitalisation.

Will talking heads lead us on a road to nowhere in 2021?

As I write this piece, 29 countries have started inoculating their populations. Israel is inoculating 500,000 of its citizens every day. At that rate they will finish in 17 days. Germany and Denmark are now focusing on when they should time the second dose of their two-phase vaccine rollouts.

You might look at this and suggest, rightly, that these comparisons may be unfair – apples and oranges.

If you thought this was some kind of indictment on African nations you would be wrong again. Egypt and Morocco have locked down stocks to vaccinate a third of their populations.

So where is our government in securing the vaccine that would prevent tens or hundreds of thousands of deaths and safeguard our economy from third, fourth and fifth waves of this pandemic? Still negotiating the price after having missed two deadlines, while foreign companies actually have facilities in our country that package the vaccines to ship overseas.

The Oxford-AstraZeneca vaccine is the cheapest at R100 for both required doses and would cost R4.1bn to inoculate 70% of all South Africans. The Pfizer and BioNTech vaccine is the most expensive vaccine being offered on discount to SA at R295 for both required doses, which would cost R12.2bn to inoculate every South African. With the reality that scientists project that 70% vaccination levels would be sufficient, these costs come down further.

When you consider how our government has casually blown billions on cabinet members’ VIP protection, SOE bailouts or enriching the Guptas, it does become infuriating that the price of the vaccine is becoming a stumbling block to saving SA lives and jobs.

Like many of you, this virus did not touch me personally during the lockdown of last year. I heard of people who were infected, but it had not struck close to home. In the past few weeks I have lost two close family members to the virus. What scares me is that we are yet to see the worst of this virus, and further peaks of infections, like we are experiencing now, are predicted in the future until enough of our population is vaccinated.

History will judge our government unkindly for its failure to protect our country, its people and its economy. South Africans should judge their government more harshly because we are the ones who will lose loved ones whose deaths would have been preventable.

Herman Mashaba is the former mayor of Johannesburg and current president of Action SA. His views do not necessarily reflect those of Sunday Times Daily.