CAROL PATON | Mantashe’s ‘power ships’ set to sail, but will they hit the rocks? 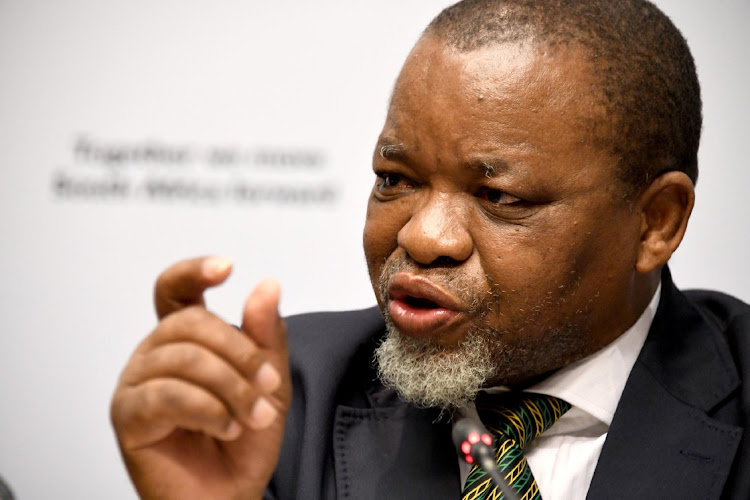 The announcements by mineral resources and energy minister Gwede Mantashe on Thursday of plans to bring more megawatts on to the grid were widely welcomed. SA is in dire need of new energy capacity, but on closer scrutiny the choices are not all optimal.

But some of the measures may set back the project for a greener and cheaper energy supply, an apex priority of the government and a priority for business and citizens.

The first announcement related to the government’s emergency energy procurement to mitigate load-shedding. The risk mitigation independent power producer procurement programme (RMIPPPP) was first conceived back in October 2019 when the newly Integrated Resource Plan (IRP) — the government’s long-term energy plan — identified the power supply gap. It was intended to be a lightning fast solution to the problem, but eventually the request for proposals only went out in August 2020.

One of the ideas mooted in 2019 by President Cyril Ramaphosa was the solution of the power ship — anchored vessels with liquefied natural gas (LNG) fired turbines, supplied by floating LNG units.

The winning bids for the RMIPPPP include three power ship projects at Coega, Richards Bay and Saldanha. Of the 1,845MW in the programme, 1,200MW will come from the power ships, making it the biggest component. There is plenty of speculation that the request for proposals was written with the power ships in mind, as among the requirements were that bidders are able to dispatch power for 60% of the day.

As SA has now even begun to experience load-shedding on weekends and holidays, there is a clear argument to be made for more solar and wind energy.

Five wind and solar projects — the cheapest form of energy — also placed successful bids in the programme and because of the high dispatchable power rule, they partnered with battery storage or LNG. This is the first criticism that energy analysts make of the risk mitigation programme.

University of Cape Town professor Anton Eberhard says the requirements incorporated in the request for proposals document were far from optimal.

“It is much more efficient and cost-effective to balance the system as a whole, rather than within individual power sources. This is the role that the system operator typically fulfils, maximising the dispatch of least-cost electricity and complementing their variability with optimal, flexible resources such as pumped storage, gas and large utility-scale batteries,” he says.

But it is with the power ships where the biggest potential problems lie. At the press conference on Thursday, department of energy officials said all projects had been given the same terms, which includes a 20-year power purchase agreement. As power ships are usually deployed as a short-term emergency solution, the length of the agreement has raised concerns. The department had not responded to a request to clarify the length of the agreement by Monday.

Energy planner at the Council for Scientific and Industrial Research (CSIR) Jarrad Wright says as an interim solution — assuming that they can be quickly brought on line — power ships can be used short term.

“Nothing is more expensive for the economy than load-shedding, so as a risk mitigation measure there is no reason not to use them. But you can’t have a risk mitigation programme that lasts 20 years. It makes no sense,” he says.

Ideally, says Eberhard, if power ships are used — already an indication that energy planning has failed — they should be used for peaking only and to avoid load-shedding. But with the load factor of 60% required by the winning bids, it appears the intention of the department is to use them far more than for balancing the system. The 20-year power purchase agreement as well as requirements around the load, could have the power ships — owned by Turkish company Karpowership — sitting on the most lucrative contracts they have ever had.

A principle of long-term energy planning, which is supposed to guide the IRP, is the least-cost solution for a reliable power system. No long-term energy planning model — be it the IRP or the CSIR’s own modelling — will come up with emergency solutions such as power ships as a least-cost option. Indeed, when they are contracted it usually means the planning and investment system has failed.

The least-cost option at this point, and demonstrated by the IRP itself, is to bring on as much solar and wind power as possible, together with peaking options such as gas and storage options, such as pumped water storage and batteries. As SA has now begun to experience load-shedding on weekends and holidays, there is a clear argument to be made for more solar and wind energy which could help replenish the dams for pumped storage schemes for producing power later during peak periods.

An optimal power system in SA, says Eberhard, would require much lower gas load factors than are implied in the power ship contracts.

The government has selected eight preferred bidders, including Turkey's Karpowership, to provide emergency electricity and help prop up the country's ...
Politics
1 year ago

The power ships will require the installation of pipes and transformers to connect to the grid, which will need approval too and the involvement of Transnet and Portnet. The latter, especially, has a poor efficiency record and could further delay things.

While Mantashe clearly had his eye on getting his power ships this time around, he is mindful that in terms of the IRP, the government has pledged to bring on a range of new technologies over the next year or so, most of which will be wind and solar-generated energy. As part of Thursday’s announcement he opened a new bid window of the renewable energy independent power producer programme — the programme’s fifth — and plans a sixth round in August. He has, however, been slow and reluctant on renewable energy. The fifth bid window was promised by Ramaphosa in his 2020 state of the nation address already.

It is widely acknowledged that the quickest way to bring additional megawatts onto the grid is to unlock self-generation.

Mantashe has railed against “the lobbyists” who advocate renewable energy — people such as Eberhard, who has advised Ramaphosa — and is reluctant to be seen to bow to their demands. The SA Communist Party, whose central committee he serves on, and trade unions oppose independent power producers, which they regard as privatisation of the electricity sector by stealth.

As further evidence of this passive-aggressive approach, Mantashe has been reluctant to raise the licensing threshold of embedded generation. It is widely acknowledged that the quickest way to bring additional megawatts on to the grid is to unlock self-generation. But a laborious and difficult licensing process by the National Energy Regulator of SA (Nersa) has been a drag and a disincentive and business, especially in mining, has lobbied for a lifting of this requirement from the threshold of 1MW.

In the lead-up to the state of the nation address, the presidency placed enormous pressure on Mantashe to lift the threshold to 50MW. But as this could not be agreed upon in time, Ramaphosa left the threshold limit open in his speech, saying it would be lifted and hinting that 50MW would be an effective change.

But on Thursday, Mantashe said he would lift the threshold to 10MW, erroneously referring to commitments he said Ramaphosa had made.

This last act indicates more clearly than anything that Mantashe remains determined to implement his portfolio in his own way. The wishes of others, including those of the president, will remain just that as long as Mantashe is in charge of the nation’s energy fortunes.