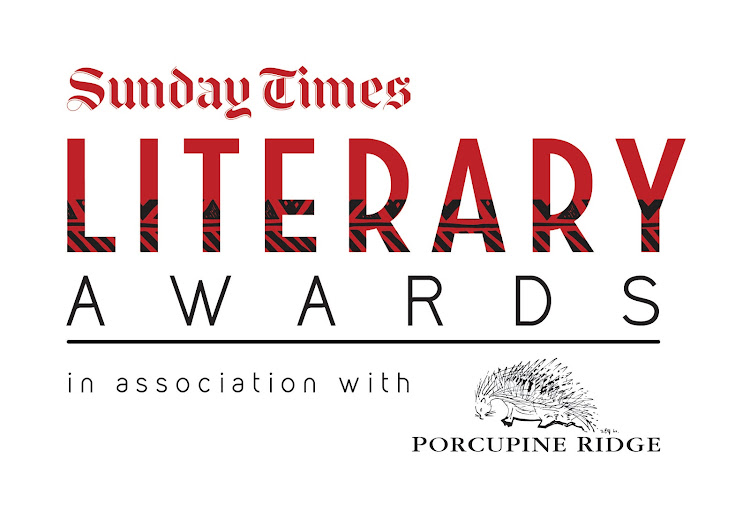 Announcing the longlists for South Africa’s most prestigious annual literary awards, the Alan Paton Award for non-fiction and the Barry Ronge Fiction Prize, in association with Porcupine Ridge. The shortlists will be announced in May.

This is the 18th year of the Sunday Times fiction prize, named for Barry Ronge, the arts commentator who was one of the founders of our literary awards. The criteria stipulate that the winning novel should be one of “rare imagination and style ... a tale so compelling as to become an enduring landmark of contemporary fiction”.

“South African novelists have once again demonstrated their creative power. This year’s longlist invites the reader to tussle with uncomfortable questions of politics, loss, greed, mythology, heroism and trauma.

Vivid storytelling and unflinching characterisation help us to explore vulnerabilities in our quest for love, justice, kindness and compassion. What particularly stands out this year is the inspiration drawn from the complicated relationship between fact and fiction. Some of the authors deftly draw us in to grapple with contemporary South African issues of rampant corruption, devastating greed, and gender disparity. Others bravely take us on a tour of an unkind history and give us a new lens through which to examine our reflections.

Many of the stories are deeply personal, allowing the reader to resonate, on a human level, with the characters’ innermost fears, secret fantasies and their darkest sins. The novels will compel you to examine your humanity, question your unease and define your aspirations. The longlist lays bare the complex and confused time we live in. What an incredible joy and honour to have delighted in these stories that pierce at our hearts. It is going to be very difficult to choose one winner.” - Africa Melane

A Gap in the Hedge, Johan Vlok Louw (Umuzi)

Melane is the host of the Weekend Breakfast Show on CapeTalk. He is also an ambassador for LeadSA, an initiative of Primedia Broadcasting and Independent Newspapers. Melane studied accounting at the University of Cape Town and did articles at PwC. He then went on to teach a professional development course to first-year students in the faculty of health sciences at the University of Cape Town. Melane is the chairman of MODILA, a trust that offers educational programmes to raise awareness and provides training in design, innovation, entrepreneurship and art studies. He also serves on the board of Cape Town Opera, Africa’s premier opera company.

Rogan is the owner of Love Books, an independent book shop in Johannesburg. Rogan has a degree in English from the University of Cape Town and a post-graduate degree English (Hons) from Stellenbosch University, where she studied under Michiel Heyns. She started her working life as a copywriter at 702, then moved into publishing where she was a commissioning editor at Zebra Press in its early days. She moved back to radio as a producer and for many years produced The Book Show for Jenny Crwys-Williams. In 2009 she started Love Books.

Barris is a writer, book critic, NRF-rated academic, poet and keen photographer. His work has been translated into Turkish, Danish, French, German and Slovenian, and has appeared in about 30 anthologies. He has won various literary awards, including the Ingrid Jonker Prize, the M-Net Book Prize, and most recently, the University of Johannesburg Prize, for his novel Life Underwater. He has published five novels, two collections of poetry, and two collections of short stories. The most recent, The Life of Worm & Other Misconceptions, was released last year.

This is the 29th year the Alan Paton Award will be bestowed on a book that presents “the illumination of truthfulness, especially those forms of it that are new, delicate, unfashionable and fly in the face of power”, and that demonstrates “compassion, elegance of writing, and intellectual and moral integrity”.

“It is inspiring to note that out of the 25 books on a very prestigious long list, eight have been written by women, and as two of the books have been co-authored, it means we have 10 female authors in the running.

Dominant trends this year include corruption and state capture which are probed mercilessly. The Gupta family’s wheeling and dealing as well as the former President Jacob Zuma’s alleged malfeasance come under intense scrutiny from several quarters. There are journeys into the criminal underworld and insights into past and present spy networks that read like thrillers, and a selection of moving biographies and memoirs of courageous struggles by contemporary and historic figures. These intensely personal accounts help us understand the bigger picture. There are also specialist offerings that delve into topics as diverse as regional history, social activism, sport, anthropology and feminism.

Each of the books on the 2018 long list is like a pointer on a road map, illuminating the place in which we now find ourselves. A common thread running through the longlisted books is the question of how on earth did we get here? At the TRC hearings a sentiment repeated like a litany over many months, was that of people just wanting to know what happened. Revenge, compensation or retribution seemed to take a backseat for many testifying. We need to know what happened if we want to shape a solid, healthier future and together these books answer myriad questions about the road we have travelled as a nation.” - Sylvia Vollenhoven

Get Up! Stand Up! Personal Journeys Towards Social Justice, Mark Heywood (Tafelberg)

Unmasked: Why The ANC Failed to Govern, Khulu Mbatha (KMMR)

The Republic of Gupta: A Story of State Capture, Pieter-Louis Myburgh (Penguin Books)

How to Steal a City: The Battle for Nelson Mandela Bay, Crispian Olver (Jonathan Ball Publishers)

The President’s Keepers: Those Keeping Zuma in Power and Out of Prison, Jacques Pauw (Tafelberg)

Vollenhoven is a writer, journalist and filmmaker whose work has won many awards including the 2016 Mbokodo Award for Literature and the Adelaide Tambo Award for Human Rights in the Arts. Vollenhoven was the South African producer for the BBC mini-series Mandela the Living Legend, and is also a Knight Fellow, which is funded by the John S. and James L Knight Foundation with additional support from the Bill & Melinda Gates Foundation.

Cameron has been a Justice of South Africa’s highest court, the Constitutional Court, since 2009. Previously a human rights lawyer, President Mandela appointed him a Judge of the High Court in 1994 and he went on to be a Judge of the Supreme Court of Appeal. He was a fierce critic of President Mbeki’s AIDS-denialist policies. Cameron’s memoir Witness to AIDS was joint winner of the Alan Paton Prize in 2005 and his second memoir Justice: A Personal Account won a South African Literary Award in 2014. He has received many honours for his legal and human rights work.

Clay has more than 40 years of experience in the media, covering radio, print, and online journalism. She has a BA Degree in English and Drama from UCT and an MA in Journalism Leadership from the University of Central Lancashire, UK. She has reported for the Rand Daily Mail and Capital Radio, and wrote for the FT and US News and World Report. A life-long campaigner for freedom of expression and a free, independent, media, she spent 15 years as head of the Graduate Journalism Training Programme at what is now Tiso Blackstar and retired in January 2017. She continues to coach and lecture.

The Guardian has supplemented their interactive timeline of Africa’s modern political history with a list of books that they think best tell the ...
Books
3 years ago

Looking for book recommendations? Who better to ask than the people who create them. Spoiler alert: The Nix gets most votes…
Books
3 years ago