And our sunshine noir author for June is ... Max Annas! 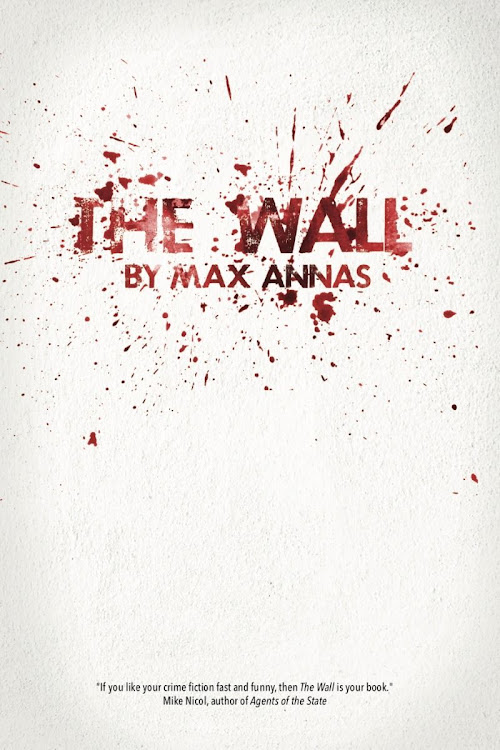 'The Wall' is a satirical thriller set in East London.
Image: LAPA Publishers

This month, the co-author of the popular Detective Kubu series, Michael Sears, chatted to Max Annas - a German journalist whose debut thriller The Wall has been published to critical acclaim.

Max Annas is a German journalist who lived for a time in East London, a coastal city in the Eastern Cape province of South Africa. His US debut, The Wall, is a satire with some hilarious parts, but also the action of a thriller. Despite the humour and his light touch, Annas shows us a pessimistic view of the modern culture in South Africa.

Berlin-based newspaper Die Welt said of the German original, “The Wall is a fantastic, yet very funny novel… Fast, hard and dangerous. A cheetah in book form.” The book went on to win the German Crime Fiction Prize in 2017.

In it, Moses is looking forward to an afternoon with his girlfriend when his car breaks down outside The Pines, a guarded enclave. In search of a vague acquaintance he hopes will help him, he sneaks into the walled estate, hoping to remember the address once inside. But the local security guards see him as a threat - for no other reason than that he’s a young, black male, and dressed in work clothes. After an initial altercation, he runs - eventually for his life - but he’s trapped by the walls around the suburb like a rat in a maze. Finally, the guards are reinforced by police, and an intense manhunt follows with shocking consequences.

In this interview for The Big Thrill, Annas provides insight on what motivated him to write The Wall and what we can look forward to from him next.

You lived for some time in East London. What brought you there, and what experiences shaped your novel The Wall?

I moved to South Africa in 2008 for personal reasons. The Wall is mainly the result of watching people living their lives. But there is one episode that might have helped getting to write the book. I did an architectural tour through East London with some friends, and one of them was from Cameroon. While standing in front of a small former railroad worker’s house he said: “I would love to go beyond the wall and have a closer look.” And a guy who grew up in East London simply commented: “Yeah, you do that and they shoot at you immediately.”

The Wall holds up a mirror to the relations between black and white, wealthy and poor, in modern South Africa. It has amusing moments, but the message is somber. Was this your aim in writing the book?

It is about being in and not. Talking about walls has become quite popular in certain regions of the world. And in others, they were never gone. Look at the wealthier parts of South African cities and how they are dominated by walls - by massive elements trying to recreate the “apart” that defined the old system. Looking at the political discourses in Europe, I guess the novel also can be read as a statement on borders and border regimes.

Moses is a Kafkaesque character. Although he never finds his acquaintance, he does eventually find a black household he hopes will understand - but even there he finds no help. The maids and gardeners sympathise, but have no power in the walled-off community. He is completely alone, and his own attitudes start to change. Would you comment?

I just reversed the more conventional image of the young black male body being the nightmare of the white community - and believe me, because of the colour of my own skin, I have had white people complain to me a million times about black people just being around, just being there. So the nightmare experience here is the young black male’s, him being trapped in a mostly white community, and trying desperately to get out. It is his nightmare now, and a very simple idea actually.