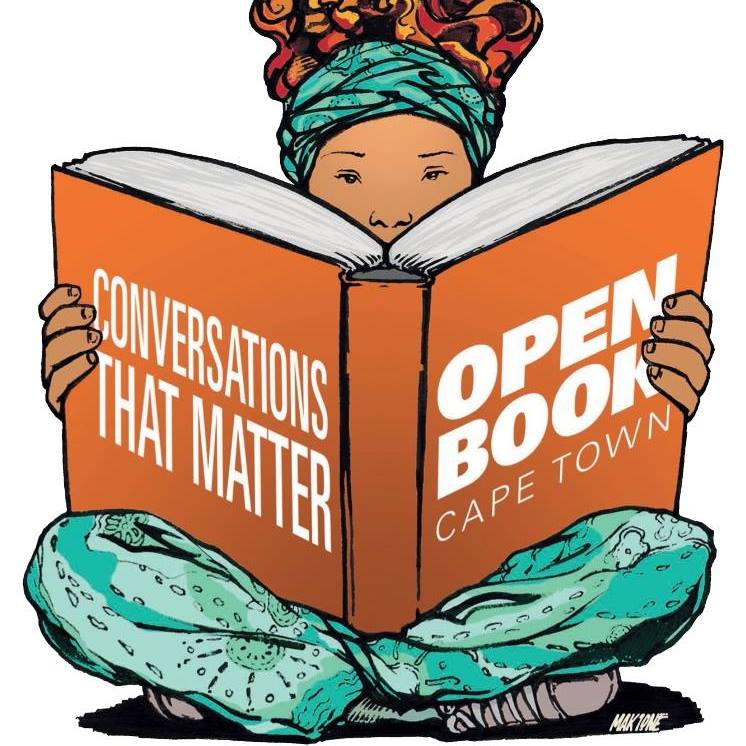 Now in its ninth year, the Open Book Festival has established itself as one of South Africa’s most innovative and leading book festivals.
Image: Supplied

Open Book Festival has announced their first group of authors for 2019!

Supported by the Book Lounge and the Fugard Theatre, Open Book is committed to creating a platform to celebrate South African writers, as well as hosting top international authors.

The festival strives to instil a love of reading in young attendees, with the programme designed to engage, entertain and inspire conversations among festivalgoers long after the event.

The 2019 programme will, as always, offer a stimulating and entertaining selection of book launches, panel discussions, workshops, readings, performances, and more.

The festival also hosts the popular Comics Fest, #cocreatePoetica and various children’s and outreach programmes. Venues for the event include hosts The Book Lounge and The Fugard Theatre as well as the District Six Homecoming Centre and the A4 Arts Foundation. Selected events will also take place outside the city centre, including Elsies River library and Ottery library.

“We’re getting ready for another packed five days full of fascinating and insightful conversations, thought-provoking debates and superb entertainment,” says festival director Mervyn Sloman. “Keep an eye on our website for programme updates, but here’s a preview of some of the wonderful authors taking part.”

The international authors include:

Author: Chigozie Obioma (USA/Nigeria)
Books include: An Orchestra of Minorities, The Fishermen
Why we’re excited: The Fishermen was a finalist for the Man Booker prize 2015, among numerous other awards and nominations. The novel is being translated in 26 languages as well as being adapted into a stage play. Obioma was named one of Foreign Policy's 100 Influential People of 2015. His latest book An Orchestra of Minorities is a heart-breaking and mythic story about a Nigerian poultry farmer who sacrifices everything for love. It was named a 'Most Anticipated Book of 2019' by Entertainment Weekly, Vanity Fair, Hello Giggles, PureWow, Literary Hub, and Fast Company.

Author: Nicole Dennis-Benn (Jamaica/USA)
Books include: Patsy, Here Comes the Sun
Why we’re excited: A return visitor to Open Book Festival. Her debut novel, Here Comes The Sun, received a New York Times Notable Book of the Year, a NPR Best Books of 2016, an Amazon, Barnes & Noble, Entertainment Weekly, and Kirkus Reviews Best Book of 2016, a BuzzFeed Best Literary Debuts of 2016, among others. Time Magazine called Patsy ‘a stunning second novel’. It will be brand new to SA readers and we’re privileged to have her back. 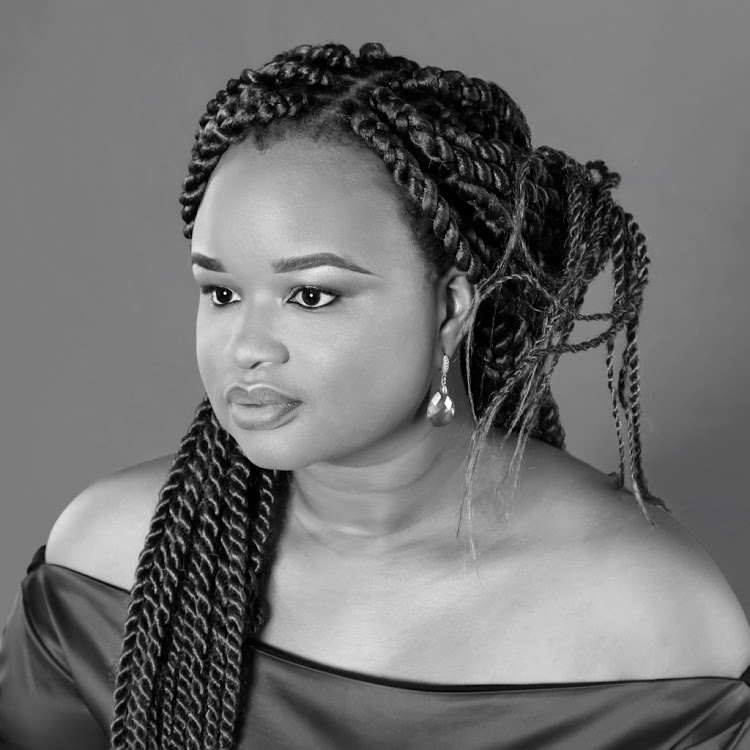 Author: Oyinkan Braithwaite (Nigeria)
Books include: My Sister the Serial Killer
Why we’re excited: Her novel is a darkly funny, hand grenade of a story about a Nigerian woman whose younger sister has a very inconvenient habit of killing her boyfriends. ‘Pulpy, peppery and sinister, served up in a comic deadpan’ (New York Times). A former assistant editor at Kachifo, in 2014 Braithwaite was shortlisted as a top-ten spoken-word artist in the Eko Poetry Slam and in 2016 she was shortlisted for the Commonwealth Short Story Prize.

Author: Nana Kwame Adjei-Brenyah (USA)
Books include: Friday Black
Why we’re excited: Friday Black reached The New York Times bestseller list last year. It is a heartbreakingly satirical look at what it’s like to be young and black in America. The National Book Foundation named Kwame Adjei-Brenyah as one of their "5 Under-35 Authors" for 2018. Kwame Adjei-Brenyah’s work has appeared or is forthcoming in numerous publications, including Guernica, Compose: A Journal of Simply Good Writing, Printer’s Row, Gravel, and The Breakwater Review, where he was selected by ZZ Packer as the winner of the 2nd annual Breakwater Review fiction contest.

Author: Djamila Ibrahim (Canada) Thanks to Canada Council of the Arts
Books include: Things are Good Now
Why we’re excited: Her collection is about remorse and the power of memory, about the hardships of a post-9/11 reality that labels many as suspicious or dangerous because of their names or skin colour alone, but it's also about hope and friendship and the intricacies of human relationships. “Things Are Good Now should be included on every to-be-read list. Each story is powerful and important, and each voice, while fictional, is a perfect representation of hard truths. These voices should be heard.” — This magazine. 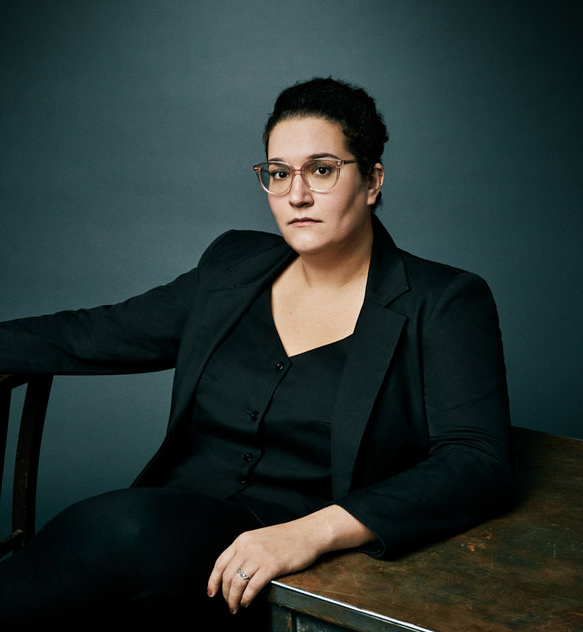 Author: Elisabeth Åsbrink (Sweden) Thanks to the Embassy of Sweden
Books include: 1947, Made in Sweden
Why we’re excited: 1947 has been translated into 19 languages and was widely praised in the US, France, Italy and Australia, among other countries. Åsbrink was nominated for the August Prize for her first three books and won the August Prize for best non-fiction book 2011 for And in Wienerwald the trees are still standing. Her latest book, Made in Sweden, has recently been translated into English. "Made in Sweden will give the world’s understanding of Swedish values a short, sharp corrective shock," writes Philip Gwyn Jones, publisher-at-large at Scribe.

Author: Saidiya Hartman (USA)
Books include: Wayward Lives, Beautiful Experiments
Why we’re excited: Wayward Lives, Beautiful Experiments is a breathtaking exploration of the lives of young black women in the early twentieth century. Hartman is a Guggenheim Fellow and has been a Cullman Fellow and Fulbright Scholar. She introduces the idea of "critical fabulation" in her article Venus in Two Acts, a writing methodology that combines historical and archival research with critical theory and fictional narrative. 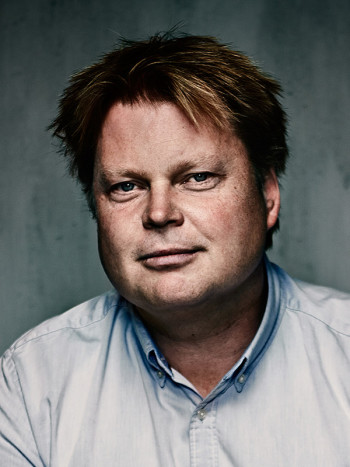 Author: Jørn Lier Horst (Norway) Thanks to Norla
Books include: Katharina Code, Cabin
Why we’re excited: Horst has with his award-winning novels about William Wisting joined the elite of Nordic crime writers. Having worked as a head of investigations before becoming a full-time author, he brings a unique brand of suspense and realism to the table. The Katharina Code is a heart-stopping story of one man's obsession with his coldest case. The Katharina Code was the winner of the 2019 Petrona Award for the Best Scandinavian Crime Novel of the Year. Copies of The Cabin, the eagerly awaited follow up to The Katharina Code will be flown in early to SA especially for the festival.

Author: Cheluchi Onyemelukwe-Onuobia (Nigeria)
Books include: The Son of The House
Why we’re excited: Set against four decades of vibrant Nigeria, The Son of The House celebrates the resilience of women as they navigate and transform what remains a man’s world. Local publications have described this debut as ‘beautifully written and intimate' (City Press), and ‘powerful’ (Sunday Times). Onyemelukwe-Onuobia is a lawyer and academic who has done much advocacy work on issues such as violence against women and girls.

Author: Patrick Flanery (USA)
Books include: The Ginger Child: On Family, Loss and Adoption, I Am No One
Why we’re excited: His latest book is a raw and heart-wrenching literary memoir about a queer couple's attempt to adopt a child. Flanery’s first novel Absolution won the Spear's/Laurent Perrier Best First Book Award and was shortlisted for the International Impac Dublin Literary Award, the Flaherty-Dunnan First Novel Prize, the Royal Society of Literature Ondaatje Prize, and the Prix du Premier Roman Étranger in France among others. It has been translated into eleven languages. 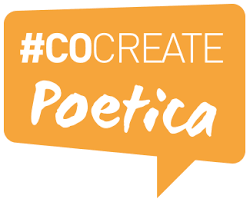 The aim of the collaboration between #cocreateSA and Poetica is to use the art form of rap, poetry and spoken word to co-create solutions to mutual challenges by providing a platform that voices the concerns of the youth by the youth.
Image: Supplied

“The #cocreatePoeticaprogramme, with performances, discussions and collaborations, has grown to become a key component of the festival,” says Sloman. “Thanks to the kingdom of the Netherlands' consulate-general in Cape Town for making this part of Open Book Festival possible, and we are especially looking forward to welcoming our international guest artists.”

Simone Atangana Bekono describes her work as ‘a cross between a poem and a film script.’ Her collection of poems and letters, called hoe de eerste vonken zichtbaar waren (how the first sparks were visible), was awarded the Poëzie Aan Zee debut prize.

Radna Fabias tells her story in Habitus, a compelling poetic debut that won the prestigious C. Buddingh’ Award in 2018. She pulls out all the stops, demonstrating a stylistic range which stretches from experimental narrative verse to short lyric pieces.

Ishion Hutchinson, a winner of the 2019 Windham Campbell Prizes for Poetry (and attending thanks to the Windham Campbell Prizes), is the author of two poetry collections, Far District and House of Lords and Commons. He is the recipient of the National Book Critics Circle Award for Poetry, a Guggenheim Fellowship, the Whiting Writers Award and the PEN/Joyce Osterweil Award, among others.

Morgan Parker from the USA is the author of poetry collection Magical Negro among other works and will publish her debut book of nonfiction and a young-adult novel in 2019. Her poetry and essays have been published and anthologised in numerous publications, including The Paris Review, The BreakBeat Poets: New American Poetry in the Age of Hip-Hop, Best American Poetry 2016, The New York Times and The Nation.

“Open Book would not be possible without the local writers who join us each year. We are excited to welcome back some of our all-time favourites and look forward to getting to know some new faces,” says Sloman.

The ninth Open Book Festival will take place from September 4 to 8 at the hosting venues the Book Lounge and the Fugard Theatre, as well as events at the District Six Homecoming Centre and the A4 Arts Foundation, from 10:00 to 21:00 each day. For further information and the full programme, which will be available in early August, visit www.openbookfestival.co.za.

Bookings can be made at Webtickets: www.webtickets.co.za.

Anyone can submit a story that speaks to Cape Town in some way.
Books
2 years ago

Every year, The Book Lounge and Open Book Festival partner up and curate a mini-library for a school in the Western Cape as part of their Open Box ...
Books
2 years ago