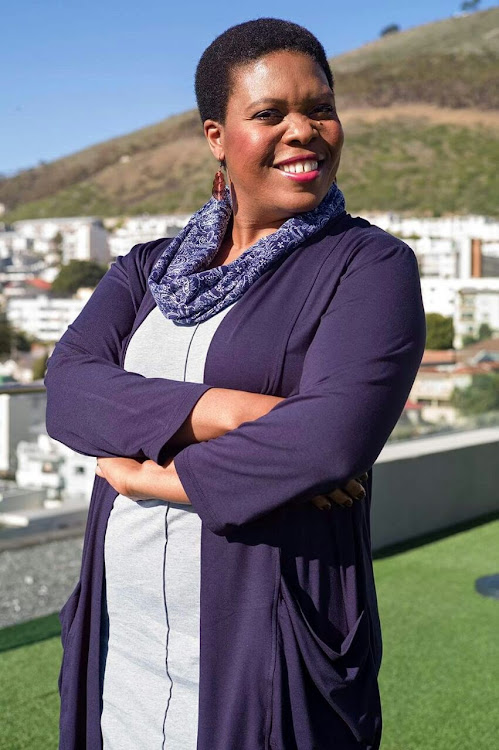 Language is a fundamental part of who we are and how we understand our world. How does the lack of mother tongue books in SA profoundly affect many of our children?

Non-use of mother tongue makes it difficult for many children to learn to understand their world and to learn other languages. People forget that language expresses our attitudes, beliefs, behaviours, spirituality, social concerns and knowledge. It’s intertwined with how we do things and who we are. Without it, it might be hard for children to process new knowledge, to express what they know and to engage in discussions.

You've spoken before about how few original books there are in isiXhosa and isiZulu -that translators are always asked to translate from English, never into English. We must change this. What projects have you found that are working to make that change a reality?

This is true. English is always used as a base language, even by black writers. One project I know of is the Oxford University Press and the Centre for Multilingualism and Diversities Research project (based at the University of the Western Cape) where they take African language classics, such as the isiXhosa titles like Ityalalamawele and translate them into English.

The authors involved in the project are Antjie Krog, David waMaahlamela, Loyiso Mletshe, Zukile Jama, Thenjiswa Ntwana, Sindiwe Magona and others. These books are published under the name African Pulse. I am happy that this literature is being made available in English because it also offers other possibilities of Nguni literature being translated to Sesotho languages as well as to other African languages and vice versa. This means we can, for example, have access to Xitsonga literature and read each other as Africans.

Languages have different structures, but also different contexts. What challenges and surprises are there translating into - or from - isiXhosa?

It’s not so much about giving a literal translation (word for word) but looking for equivalents in the target language. Idioms pose a challenge! It’s not just about translating the text but also about translating worlds. If a concept does not exist in one of the languages, you must replace it with an equivalent. For example, the concept of a fairy godmother isn’t really relevant in African literature. I’ve resolved this before by using the ‘old woman’ figure, who is an important person in African folklore.

Science is taught in English from grade four, so that must create a world of problems with new concepts and new words! How can we stop failing our emerging young scientists because of a lack of language?

Children need books about black and women scientists to start seeing possibilities for themselves for becoming scientists… and they need to know that they can learn science in their languages. We could start translating existing books on outer space, on reptiles, on plants and so on into African languages, while also encouraging the production of original books in these languages. Children need to understand that we live science daily and that there is science even in umqombothi that their parents make! Traditional healers know medicinal plants and their uses and we could learn from them if we really wanted to decolonise science for these children.

You made a huge contribution to resources for isiXhosa children by translating George's Secret Key to the Universe a few years ago. The book was written by Stephen Hawking's daughter, Lucy, who seems very passionate about making science accessible and fun for children. What was that experience like?

I loved every aspect of the translation. Instead of reading the whole book first, I decided to translate as I read it. That meant I was always kept in suspense - I would stay up the whole night to find out what happened next! Sometimes I wanted to know who the bad character was and I asked my son who had read the whole book before me, but he refused to tell me. What slowed me down were the non-fiction parts of the book that gave scientific information. Sometimes I had challenges where I had to either coin new words or borrow. For example, I coined remote control as isilawuli-kude but I needed to test this with people. Facebook became my friend because I have isiXhosa language specialist friends as well as astronomers and geologist friends who helped a lot. I couldn’t translate words like supernova easily, but I understood that after a great explosion a new star is born. Then my friends helped me to coin Ntsha-Khwezi. I enjoyed having to make these decisions and to learn from friends on Facebook. I could never have done this alone!

A huge part of decolonising our classrooms - at every level - is making all our children's languages central to their learning experiences. People tend to think that this would result in a chaotic classroom, but in your experience you've found it can happen quite seamlessly?

Classrooms should be buzzing with activity anyway and chaos can be used productively. Children in the classes where I have taught or tried out ideas become much more inclusive when multilingual talk is allowed. Children participate and engage more with ideas and can express their opinions freely. They also learn to interpret for others, which teaches them skills, as they can then tell how things can be expressed in different languages. They learn to respect and value each other’s languages and how to move between languages and varieties seamlessly: they become competent language brokers! All these possibilities are unfortunately undervalued when we work with a single language teaching system.

Where do you recommend people go to access reading resources in isiXhosa or isiZulu?

Reading and telling stories with your children is a powerful gift to them. It builds knowledge, language, imagination and school success. For more information about the Nal’ibali campaign or to access stories in a range of SA languages, visit www.nalibali.org.

'Greeting someone is the first step of any interaction," says the author of 'How many ways can you say hello?'
Books
1 year ago

Sonnet boom: Africa's poets have something to tell you

Many of the participants at this year's Poetry Africa festival saw things in black and white, writes Niren Tolsi It is one of those white-knuckled ...
Lifestyle
5 years ago

'I’ve always had a hunger to know my ancestral stories, mainly stories about women'
Books
1 year ago

African voices from the past speak again