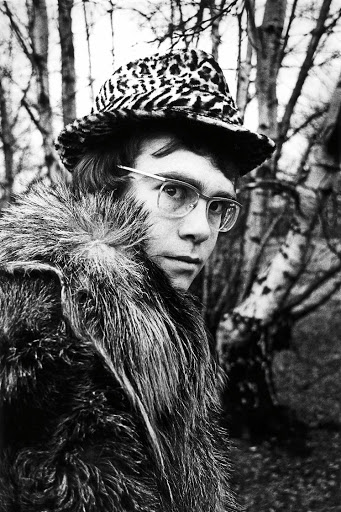 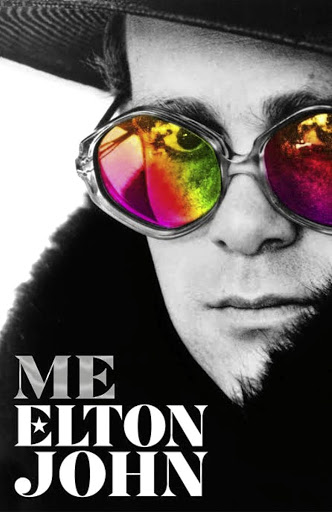 Every life balances on what-ifs. What if your father had turned left out of the store and not right, where he knocked the woman over, and invited her into a restaurant to recover and eventually they fell in love and you were the result? What if that woman had been married already? What if their eyes had simply met as they passed? What if he had been hit by a car instead? Many a book, movie and television series has been written on the subject of serendipity. Few can be as dramatic as Elton John's pivotal moment.

In 1967 he had been reluctantly playing the organ in an iffy band called Bluesology in London when he spotted a Talent Wanted ad in the music press. He went along to audition for the new label Liberty Records, determined to be a singer and piano player, and he failed it. But on his way out the harried young producer Ray Williams handed him an envelope from a pile on his messy desk.

"He seemed to pull the envelope out at random," writes Elton John, "just to give me something to take away." Inside it was Elton John's whole future, because it contained lyrics sent in by an unknown songwriter from the country named Bernie Taupin.

Elton John could play the piano like a maestro but he couldn't write a verse. "There was just a magic that happened when I saw Bernie's lyrics, which made me want to write music."

Fifty years on, they're still writing together.

At the end of this roistering, exuberant memoir, Sir Elton asks: "What if I'd been so upset by failing my audition that I'd dumped Bernie's envelope in a bin on the way to the station?"

Another crucial, Sliding Doors-type moment came in his life when, in the early '90s, his football team Watford was soundly beaten one Saturday afternoon. Lonely and bored, he asked a friend in London to round up some gay men and bring them for dinner. One of them was an aloof Canadian in a tartan Armani waistcoat. A top advertising executive, his name was David Furnish. He would become Elton John's husband and co-parent of their sons Zachary and Elijah. "What if Watford had won that Saturday afternoon and lifted my spirits?"

Given the stadiums, the costumes, the decades of scandalous behaviour, it is hard to believe what a frightened and anxious child he was. "I was incredibly insecure, scared of my own shadow," he writes.

Born Reginald Dwight - no name for a rock star - his father was a cruel, cold man and his mother capricious and emotionally abusive. He would be beaten for the most minor "mistakes", such as putting on his blazer the incorrect way or eating his celery noisily. His mother would try to defend him and appalling rows would ensue. His father eventually left the family and went on to start another. He had four more sons, but remained estranged from his first born, despite his fame. "Even today, I still sometimes think that I'm trying to show my father what I'm made of, and he's been dead since 1991."

Music saved him. Young Reggie only had to hear a tune once and he could play it perfectly by ear. He won a scholarship to the Royal Academy of Music but was never going to be a classical pianist. His fingers were too short, for a start. It was Buddy Holly, not Bartok, who won his heart. A surprising element of Elton John's story is how late he came to sex and to love.

Having spent his childhood trying to be as invisible as possible so as not to provoke a parental rage, he was severely shy. "I present to you the sight of Elton John, a 23-year-old virgin, a man who's never chatted anyone up in his life," he writes. But that was the night he finally summoned his courage and seduced the man who would become both lover and long-term manager, John Reid.

Though she gloried in his success, Elton John's mother, Sheila, was unpredictable and moody until the end. It would seem that his epic alcoholism and drug abuse, his eating disorders and sex and shopping addictions - most of which are enthrallingly described in this book - were all substitutes for the love and support he never had in his earliest years.

As he travels the world now playing his farewell tour, it is a miracle he is still standing. @michelemagwood

Remembering when rock was fun

On having lunch with Michael Jackson: They had to sit indoors with the curtains drawn because of Jackson's vitiligo and he refused to eat. "The poor guy looked awful, really frail and ill," Elton recalls. "He was wearing makeup that looked like it had been applied by a maniac ... (and) his nose was covered with a sticking plaster which kept what was left of it attached to his face."

Yoko Ono asked him to finish some unreleased John Lennon songs, but he refused. He said it would have been "presumptuous" putting his voice on the same records as Lennon's.

One night he drunkenly threw oranges at Bob Dylan because he was so bad at playing charades.

On seeing Elvis backstage in 1976: "There was something desperately, visibly wrong with him. He was overweight, gery and sweating. There were expressionless black holes where his eyes should have been. There was a trickle of black hair dye running down his forehead."

He and Rod Stewart have been close friends for decades and prank each other mercilessly. Stewart calls Elton "Sharon", while Elton calls him "Phyllis". When Elton began to lose his hair in the '70s, Stewart sent him a helmet-like salon hairdryer as a joke. He had a long friendship with Freddie Mercury, too, who he called Melina after the Greek actress Melina Mercourie. His account of Mercury's death is heartbreaking.

Tina Turner called him fag, and was a nightmare to work with. Elton says she continually scolded him and his bandmates for "not playing (Proud Mary) right", until he finally had enough and told Turner "to stick her tongue up her (expletive)" before storming off.

Once, pre-sobriety, he had been awake for a couple of days in a smart hotel. He called for an assistant and said: "Robert, it's far too windy here, can you do something about it?"

Andy Warhol knocked on the hotel door when John Lennon and Elton were doing masses of coke. Elton went to answer but Lennon hissed: "Don't answer it. Do you want him coming in here taking photos when you've got icicles of coke hanging out of your nose?"

In his first and only official autobiography, published globally on October 15, music icon Elton John reveals the truth about his extraordinary life
Books
1 year ago

Sir Elton John's heart soared when he heard how a young man revealed his sexuality despite public ridicule and the threat of being beaten by his ...

Don't let old people tell you what to do. This is Elton John's message to young people, who he said yesterday were the crucial cog in the fight ...

David Bowie: a white-hot musical talent that fused art and fashion, too

Even before he discovered his vivid alter egos, David Jones was a snappy dresser with a taste for flamboyant lapels and statement hair. Clothes, as ...
Opinion & Analysis
5 years ago

'Last Christmas': Tributes pour in as George Michael dies at 53

Tributes poured in from the music world Monday after British pop superstar George Michael, who rose to fame with the duo Wham! and a string of smash ...
TshisaLIVE
4 years ago