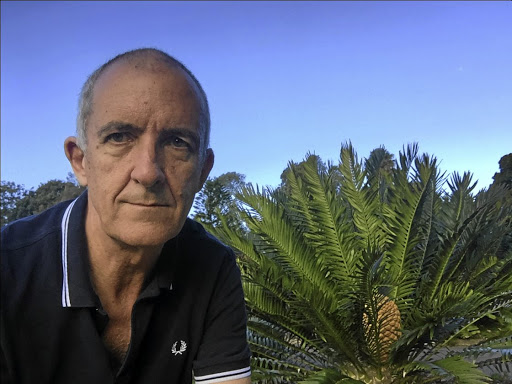 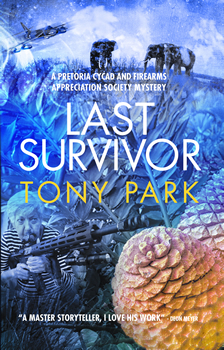 Although an Australian, Tony Park is the author of 18 bestselling thrillers set in Africa.

A “once-in-a-lifetime” safari holiday to southern Africa in 1995 turned out to be anything but for Park, who found in Africa the inspiration he needed to follow his dream, quitting his job in public relations and becoming a full-time writer. Park and his wife Nicola now live half the year - viruses permitting - in a game reserve in SA.

His books look at the often bloody fight to save endangered wildlife, and also draw on Park’s 34 years’ of experience in the Australian Army Reserve, including a tour of duty in Afghanistan.

Australia’s Sydney Morning Herald calls him one of that country’s “best and most consistent thriller writers” and The Times of London has described him as Wilbur Smith’s spiritual heir.

His latest book, Last Survivor, an edge-of-your-seat action thriller, went straight to number one in SA for fiction.

"As with all my novels I don't do much research up front. I write my story and then go back and fill in the gaps in my knowledge by talking to ...
Books
1 year ago

As with his other novels, the story follows several characters involved in the story in different ways. We first meet freelance CIA agent Sonja Kurtz rescuing a senator’s daughter in Mali, but along the way she finds a link to incredibly valuable cycads.

Meanwhile, a group of seniors in Pretoria who like firearms and cycads are puzzling about a specimen they had in safe keeping that has gone missing. They suspect one of their members, Joanne Flack, who has vanished without a trace. Joanne has her own agenda, and everyone would like to know what that is. One thing is for sure — it involves cycads, and it has dropped her in bad trouble.

Meanwhile, another of the group, Thandi Ngwenya, has to follow the clues and deduce what is really happening.

Park shares insight into what inspired this novel, the importance of character development, and much more in this interview for The Big Thrill’s "Africa Scene" column.

I had no idea that certain species of African cycads were so valuable and so sought-after by collectors (and smugglers). What brought them to your attention, and how did you learn so much about them?

I have a friend in southern Africa who is a fanatical collector of cycads. I had vaguely noticed she had many similar looking plants, though I couldn’t have told the difference between a cycad and a cactus.

She had to move properties and took her collection with her, uprooting them all and transplanting them.

“Because they’re worth a fortune.”

She told me about the thriving illegal market in cycads and how individual rare plants were worth hundreds of thousands of dollars to crooked collectors. She also told me about a multinational undercover sting operation mounted by the US Fish and Wildlife Service some years ago. When I heard that, I thought “game on!”

Last Survivor is driven by three powerful female characters - Sonya Kurtz, Joanne Flack and Thandi Ngwenya. Sonja might be described as a female version of Jack Reacher, except that she’s in active service - very active in her case. She powers the thriller, never really relaxing, always ready for the combat situations that seek her out. However, she has an on-again, off-again relationship with a game lodge manager. How did you conceive her?

This is the fourth novel I’ve written featuring Sonja. I was planning, back around 2009, to write a novel about mercenaries. The easiest, and laziest, thing to do would have been to cast a Bruce Willis-type character as my lead soldier of fortune. I was travelling with my publicist at the time and mentioned this to her when she asked what I was going to write next.

I told her and was about to say “but I was thinking of making the lead a woman” when she said, “Make it a woman”.

I served with some amazing women in the military in my time, and these days, with women serving in more and more front-line roles in different military forces, her experiences are, if anything, becoming even more “real”, though she still pushes the envelope.

She’s hard as nails and decisive and kick-ass, but her private life is a mess. I hope that makes her “real” as well.

Thandi Ngwenya is the detective of the story. It’s up to her to deduce what’s really going on and to make sure all the pieces fit. Was that the role you designed for her?

Thandi had a bit part in one of my earlier novels, African Dawn, as a young firebrand revolutionary in Zimbabwe’s war of independence in the 1970s. I liked her back then and wanted to bring her back.

As I never have a plot or clue where I am going when I start a new book, I didn’t know exactly what role Thandi would have in the story. I love it when my characters can take over the running of a story, and Thandi is one of the best examples I can think of that in action. It probably helped that I knew her as a smart, capable woman overcoming adversity in a previous story.