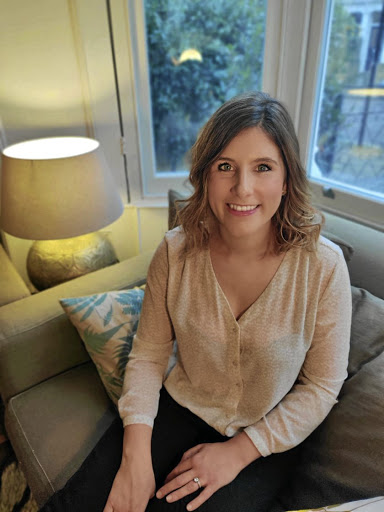 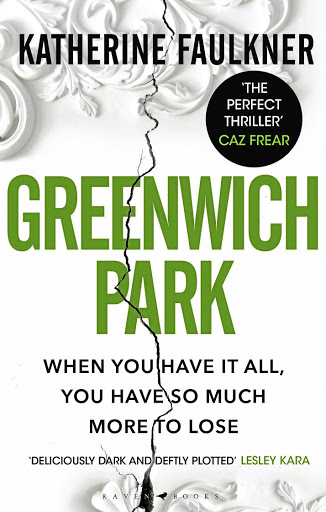 I was pregnant with my first daughter and sitting in my first antenatal class when I got the idea for Greenwich Park. The opening scene is based on that moment: the heat, the jammed windows, the awkward conversations.

I found pregnancy strange in general, but antenatal classes felt like the strangest thing of all to me, especially the social aspect, the sense of sudden, forced intimacy with strangers. I started wondering what it would be like if you found you couldn't get rid of one of the people you befriended at such a class - and thus the characters of Rachel and Helen were born.

Late pregnancy is a bit like a waiting room between a life that is already gone, and a new one that is completely unknowable. By the end of my first pregnancy, I felt I could barely recognise myself. My body felt unfamiliar and unpredictable, my organs pushed aside by an enormous impostor with elbows and feet that would appear without warning from underneath the surface of my skin. My mind felt vague and fuzzy, like a badly tuned radio.

It's in this mental no-man's land that my character, Helen, finds herself. I wanted to write about the specific strangeness, loneliness and vulnerability of this time, which is what makes her doomed friendship with the unpredictable Rachel possible.

Greenwich has always struck me as a really atmospheric place; like many places in London you feel as if you're moving through layers of time as you walk around it, and the ghosts of the past feel very present. As well as the beautiful parts - the park, the market, the houses where I imagine my characters to live - there's a darker side to Greenwich, too: the unlit paths that criss-cross the park at night, the creepy underground tunnel that runs under the Thames.

In my not very vast experience of writing novels, I've found it works better for me not to have too much of a plan. I start with a place, some characters, and most importantly an atmosphere, and I spend quite a lot of time feeling my way into those elements before I finalise the details of the plot.

Hilary Mantel describes her process as "growing a book"; starting with a few elements like that that feel important to the story, and then gradually allowing the book to reveal itself, piece by piece, through the process of writing, and I can really relate to that.

I finished writing Greenwich Park while my baby was still tiny. I would pack my laptop in the bottom of the pram when I took my daughter for the endless walks around the park that seemed to be the only thing that would get her to sleep. Once her eyes closed, I would stop and do a bit of writing in a café. After months dominated by nappies and night feeds, writing a novel was like coming back to myself.

As well as the strangeness of pregnancy, another big theme of the book is the impossibility of judging what is really going on in another person's life, and how deceptive appearances can be.

We live in an age where, through social media, we have the illusion of intimacy and familiarity with other peoples' lives. In fact, no-one has the perfect life, and things are rarely as they appear on the surface.

What has happened to us, where we end up with a 13-year-old who plans pregnancy and subsequently maims her baby?
Books
8 months ago

"Confined indoors, I needed a writing project. Sitting doggedly at my desk on a daily basis, 'Nuances', a collection of short stories, was conceived."
Books
9 months ago