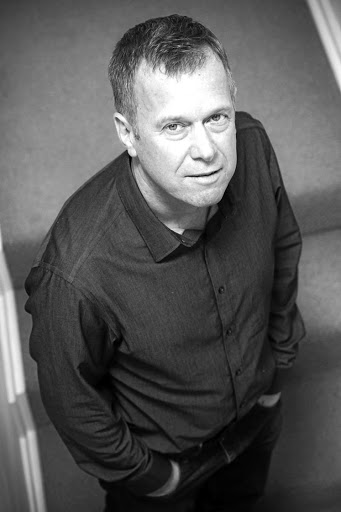 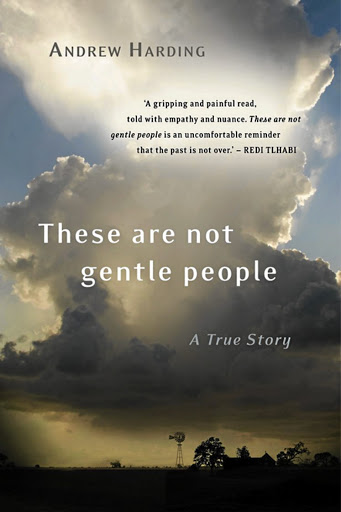 Andrew Harding presents a gripping and layered true story of crime, punishment and redemption in These Are Not Gentle People (Picador Africa). It is the story of the brutal beating and death of two young men and those accused of committing the crime in a small Free State farming town. When a whole community is on trial, he asks, who pays the price? We asked the distinguished foreign correspondent a few questions about his book.

This is an intimate and detailed dive into what happened in that small farming community outside Parys. What drew you to tell this story?

I was looking for a story - a crime story - I could follow as it evolved rather than research in retrospect. So the whole process involved an element of risk, of gambling that I'd picked a tale that would develop from a single incident into something that would justify and sustain a nonfiction novel. And a thriller. I was initially drawn to the drama of the courtroom in Parys during the early bail hearings, but it was the characters, and the twists, and the complexity of a traumatised and divided community that kept me hooked. I was looking for a messy, counterintuitive tale that might also reveal something deeper about modern South Africa. I hope I found it.

What were your sources for the research? How did you get the stories from so many different people? How long did it take?

I spent four years on this. Not full-time. But the trial itself has dragged on for years - and indeed is not yet over. The delays were frustrating, but worked in my favour in terms of access. My only sources were the people involved, their interviews, and the evidence presented at trial. Time and patience were my main tools in persuading people to talk - and perhaps my status as a foreigner, an outsider, who was able (I hope) to show that he had no particular axe to grind.

How did you manage to go into such depth and examine the motivations of people and yet keep yourself separate and write it?

I decided, from the start, that I wanted to write this book in a novelistic style, hiding my journalism and developing a narrative that focused on the lives and voices of those involved in the case. I interviewed key people at great length over many years and interwove their thoughts and memories with the evidence that emerged during the trial itself. Also, as a journalist, I've had 30 years of practise learning to listen to people and to keep a certain distance.

This is a different story from the ones that dominate our news headlines. Do you feel we learn more from these human stories than the "epochal" events?

I think we need both types of stories. But yes, I think it is important to step away from the headlines and dig deeper into ordinary lives and communities. The problem is that it takes time (and usually a lot of money in a media landscape struggling to adapt to global headwinds) and so it probably doesn't happen as often as it should. This small case in Parys, for instance, was covered extensively by South African journalists in the early days. But four years later, the verdict was almost entirely ignored.

I suspect that's for others to judge. But my aim was to present the events that led to the two deaths at the heart of the book from multiple viewpoints, and to give each of those viewpoints - and the characters holding them - a degree of complexity and humanity that would hopefully engage readers. That's not the same as trying to excuse anyone, or avoiding hard truths. Quite the opposite, I hope. But I wanted to let the reader feel they were being left to reach certain conclusions on their own. I think that kind of truth packs a lot more punch.

What was the most difficult part of writing the book? How did you manage the after- effects of it?

The writing was easy. The research was slow and absorbing. I have covered dozens of wars and disasters, so in relative terms this was a gentler, and a hugely rewarding, challenge. I was clear with all those who agreed to talk to me that my purpose was a book (and a BBC radio series, Blood Lands) and I hope people feel that their views and voices have been fairly represented. Post-pandemic I hope to re-engage, particularly with the community in Tumahole.

What do you want readers to take away from the story?

The feedback I've received so far is that many people take away a strong sense of anger. I'm happy with that. Above all, I hope people find it is a book they want to read to the end, and a book that lives on, to any degree, in their thoughts.

What do you believe are the greatest challenges we are facing now in SA, and how should they be tackled?

The longer I've lived here the more I've learned to shy away from easy prescriptions and conclusions. More solar power seems like a good idea. And more support for your amazing journalists. Will that do?

How has the community responded to this book, if at all?

I'm not sure. That's partly because of the pandemic, and partly because I haven't sought to pry. I spent many years persuading people to talk to me about some desperately painful experiences. The book is the result, and there's a temptation to leave it at that. It would be wonderful to imagine that it might help a divided community to see things from different perspectives, but I suspect that is largely wishful thinking.

What are you working on now?

Back to my day job at the BBC, and yes, another book. Details to follow soon, I hope.

After a break of a year, when Covid-19 disrupted the awards, we are pleased to announce the finalists for these prestigious prizes that recognise the ...
Books
11 months ago

“It starts with a bang and ends with a verdict”: How Andrew Harding “embraced ambiguity” of farm murders

BBC Africa foreign correspondent Andrew Harding details the true story of a fatal beating on the outskirts of small Free State town in his work of ...
Books
11 months ago

At dusk, on a warm evening in 2016, a group of 40 forty men gathered in the corner of a dusty field on a farm outside Parys in the Free State. At ...
Books
1 year ago

The events in this compelling book take place against a backdrop of a poisoned history, racism and murderous crime
Lifestyle
1 year ago