'It's brutal' - Saskia Bailey discusses her #NoFilter memoir 'Whatever'

'I first cringed when I read someone say 'brutally' honest, but it makes total sense' 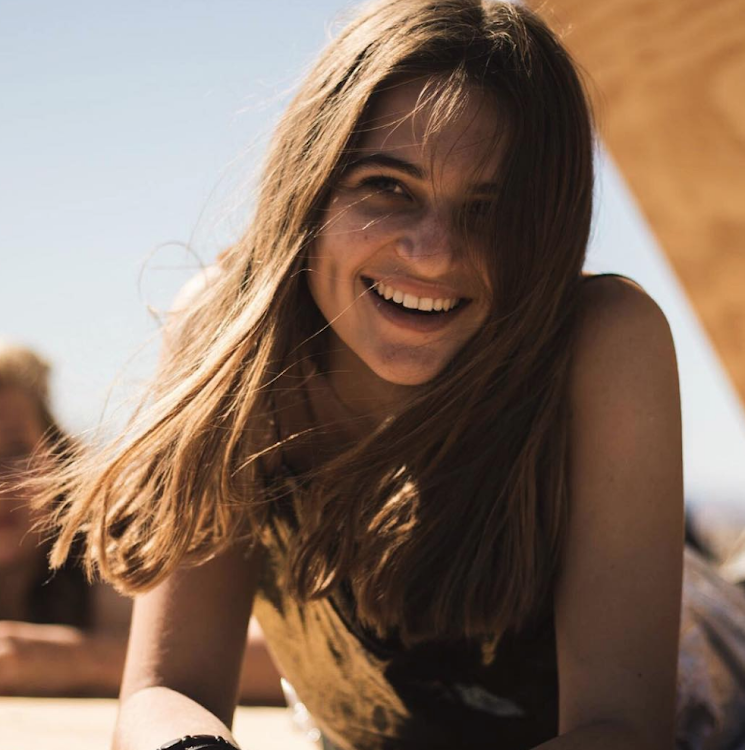 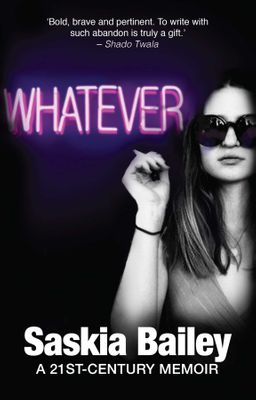 "I always imagined that memoirs happen when you're either famous or had, like, a crazy experience," Saskia Bailey, the 21-year-old author of Whatever: A 21st Century Memoir, answers in response to what her understanding of a 'memoir' is.

Is she famous? Nein. Has she had a crazy experience? Numerous.

The born and bred Capetonian began penning her past (and present) to paper at the age of 19 during one of Melinda Ferguson's memoir-writing workshops, which her mum had booked her on.

Fast-forward to 2019: what started off as a coping mechanism to deal with a difficult break-up has evolved into 218 pages of Bailey's ruminations on - among other things - her privileged upbringing, her dislike of body hair, AfrikaBurn, her struggles with eating disorders, and her adoration for Slaapstad's city bowl.

Bailey was mindful of the possibility that writing a book at 19 - bearing the heavy subtitle of 'memoir', nogal - might cause a few 'ers' and 'ums'. She addresses this quandary in the preface of Whatever, proclaiming that I am very aware that by writing a 'memoir' at 19, my existing opinion may change over time as I grow older.

"The word 'memoir' feels a bit pretentious," she says with a slight wrinkle of her nose. "It was initially going to be called 'a millennial memoir'. It was Mel's great idea to go with '21st century'."

Bailey acknowledges that she hasn't given much thought to what an older Saskia's opinion of Whatever might be.

After a moment of pondering she replies that she hopes "she'd think it was cool and be proud... Or maybe she'll be mortified and regret it.

"But I'm trying not to regret things. I mean, what can you do with that?" she nonchalantly shrugs.

Shout-outs on the jacket of Whatever, courtesy of Shado Twala and Nick Hamman, include three Big Bs - 'bold', 'brave', and 'brutally honest'.

"It's a compliment, I hope," Bailey says with a small laugh. "I first cringed when I read someone say 'brutally' honest, but it makes total sense.

"It's not just honest in a way that's like 'Ooh, I feel ...'" Her eyes dart around the room before settling on "lonely today. It's brutal."

PSA: if you're expecting an account of an angsty teen lamenting her loneliness, you have another think coming. This first-time memoirist employs a 100% #NoFilter approach when detailing her sex life and penchant for Colombia's finest.

The following passage from chapter 11, 'Spank me', is indicative of the worldly writer's geen skaam authorial voice:

I want people to see me fucking Rob. I want to watch myself twist and turn with my perky breasts... The beauty of cocaine is that the stud connected to you can last forever.

Bailey replies with a definite "no" in response to whether she ever considered inhibiting herself when writing about her libertine lifestyle.

She attributes the ability of writing with utmost frankness to her uncle, the journalist and author Sam Bailey. "He gave me great advice: 'Write absolutely everything and then you can always edit it out'.

"I did the sex and drugs chapters first and that was fun!" she exclaims with fervour. "I don't know if it was the sensationalist thing I was enjoying but Mel's reaction was also really cool," she laughs.

Bailey furthers that writing without considering the possibility of publishing aided in the candid nature of Whatever.

We don't need no thought control

Her candour isn't limited to the chronicling of her revelry: throughout her memoir she blatantly challenges the core principles of mainstream schooling.

Bailey, a Waldorf kindergarten alumnus ("I spent most of primary school in a tree"), critiques the rigid all-girls Catholic high school she attended, writing in chapter four ('Childhood') that St Theresa's demanded 'academic excellence', which to my mind meant being a parrot.

"I do come off as very gatvol about schooling in general, which I definitely was at the time," she says pensively.

'Gatvol' is a valid adjective: Bailey was repeating a few matric subjects while writing Whatever, and the thought of furthering her academic studies and applying for university was met with an "Oh my God, nightmare!" she cries.

"I get it now, I really appreciate the more sort of free thing," she muses. "There's no one hovering over me and I'm not being spoon-fed, which is how I need to be learning.

"I'm not in a schooling system which is madly strict," she continues, scoffing at asinine rules dictating which colour hairband one has to wear. *Cue eye-roll*

"Ag, whatever" - the millennial's maxim

An extract on the jacket of her memoir reads that I wanted to write this book so that young people can know they aren't the only existential fuck-ups in a generation being bred on dread for the future.

As to what the Plight of the Fucked-Up Millennial can be ascribed to...?

"Apathy," comes the unequivocal response. "It's very much a 'whatever' situation. We're disillusioned with the world.

"We're, like, 'why on earth is the environment totally screwed?'" Bailey rhetorically asks, acknowledging that although 'we' (young people) are concerned about environmental deterioration, it's unlikely that we'll actively act upon the conservation thereof.

"Like breakfast - I mean Brexit!" she LOLs before continuing with "most of the youth didn't even vote because they're like 'ag whatever, it won't change anything'."

I've been brought up believing in my family's tongue-in-cheek motto: 'You can never be too thin or too rich.' Well, I want to be both, the self-proclaimed Trustafarian writes in a chapter aptly titled 'Money, money, money'.

'My family' refers to the prominent Bailey bunch: her great-grandfather was the Rand Lord Sir Abe Bailey, her grandfather is Drum founder Jim Bailey, and her dad the frequently-labelled-as-'eccentric' visual artist Beezy Bailey.

She discloses that she's fairly concerned about the public's reaction to her memoir owing to the affluence and lavish lifestyle of her family.

"Where I'm coming from is almost unrelatable. It's a ridiculous amount of privilege... a very ridiculous life," she concedes with a slight shake of her head. (Think frequent trips abroad, extravagant dinner parties, luxury cars, celebs as family friends, etc etc.)

"Who wants to hear this story?" she introspectively queries before adding that so far the responses have been "very positive, which makes me feel a lot better".

Her parents have faced "a tiny amount of criticism," she admits. "Like, 'How come they didn't do anything?'

"You can so easily fly under the radar of your parents eyes always," Bailey affirms, wide-eyed. "I've seen people do it far better than me."

Yet her parents have been "incredible", she says with affection.

"I'm feeling strong and cool and good," Bailey confidently declares in relation to her state of mind following the publication of Whatever.

"This is also feeding my ego so much," she laughs. "It's so strange... This is so unreal, it's really strange," she repeats in amazement. "I just want to show people that I'm grateful and appreciative."

Bailey doesn't have any immediate plans for a future book, but is toying with the idea of fiction. Or she might just jot down another memoir...

Alcohol, exercise and no curfew - SA to move to lockdown level 3 on June 1
Overcrowded shelters: Cyclone Amphan adds to Covid-19 misery in Bangladesh