Amplifying the right to be heard - 'listening journalism' in SA 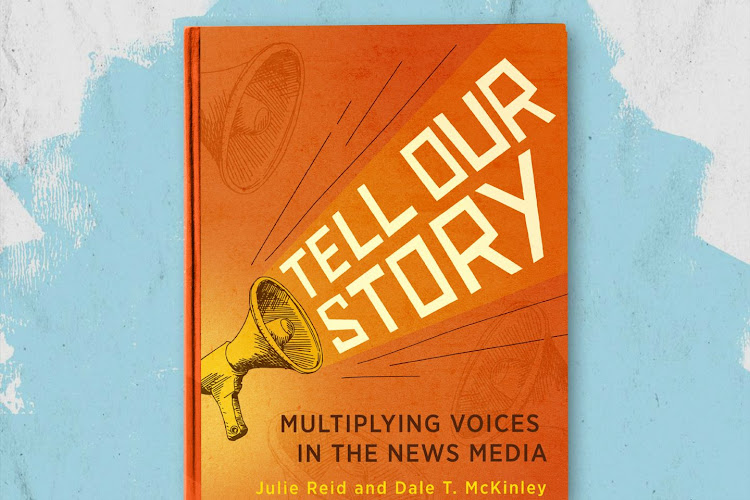 'Tell Our Story' emphasises the right to be heard, represented, understood, and to be included.
Image: New Frame

Tell Our Story is a valuable addition to the South African discourse on media freedom: the authors examine the issue through the lens of grass roots communities in struggle, within a theoretical framework of listening. Media freedom is most often seen from the point of view of journalists. Here, the emphasis is on the right to be heard, represented, understood, and to be included.
— Professor Glenda Daniels, Journalism and Media Studies, University of the Witwatersrand

The dominant news media are often accused of reflecting an “elite bias”, privileging and foregrounding the interests of a small segment of society while ignoring the narratives of the majority. The authors of Tell Our Story investigate this problem and offer a hands-on demonstration of listening journalism and research in practice. In the process they dismiss the idea that some groups are voiceless, arguing that what is often described in such terms is mostly a matter of those groups being deliberately ignored.

Focusing their attention on three very different South African communities they delve into the life and struggle narratives of each, exposing the divide between the stories told by the people who actually live in the communities and the way in which those stories have been understood and shaped by the media.

The three communities are those living in the Glebelands hostel complex in Durban where more than 100 residents have been killed in politically motivated violence in the past few years; the Xolobeni community on the Wild Coast, which has been resisting the building of a new toll road and a dune mining venture; and Thembelihle, a settlement southwest of Johannesburg that has been resisting removal for many years. The book concludes with a set of practical guidelines for journalists on the practice of listening journalism.

Does today's media shape consumer psyche in ways that were impossible during apartheid?

In 'Media in Postapartheid South Africa', author Sean Jacobs turns to media politics and the consumption of media as a way to understand recent ...
Books
1 year ago

The radio in Africa has shaped culture by allowing listeners to negotiate modern identities and sometimes fast-changing lifestyles.
Books
1 year ago

Prompting a fresh look at the imperial project