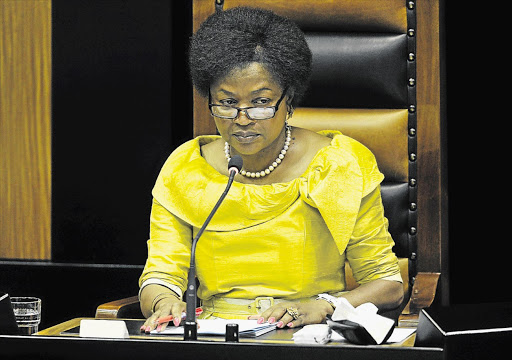 National Assembly speaker Baleka Mbete has refused a DA request for an urgent snap debate on the parlous state of the economy.

There is scope within the rules of the assembly for debates on issues of national public importance‚ which DA finance spokesman David Maynier said included the "deep economic trouble" in SA.

"The reason my request for a ‘snap debate’ on measures to deal with the economic crisis was refused is absurd. Baleka Mbete believes ‘the matter can be considered by some other means in the near future’‚" Maynier said.

Mbete "knows there is absolutely no prospect of this matter being dealt with by other means in the near future and is simply protecting President Jacob Zuma and Finance Minister Malusi Gigaba from a tough debate on measures to deal with the economic crisis"‚ he said.