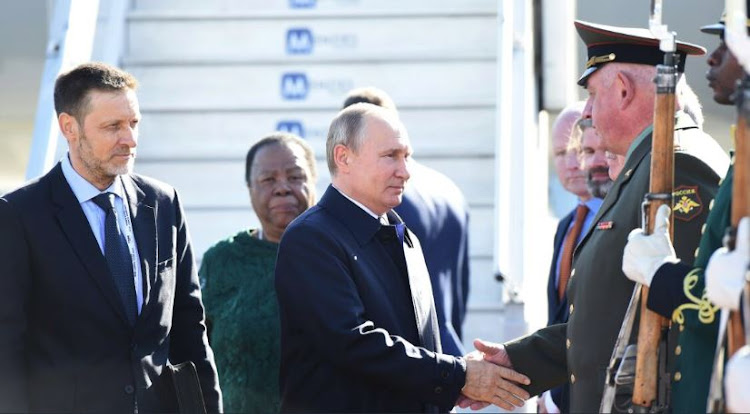 South Africa cannot afford large-scale expansion of its nuclear power fleet but would still be open to future nuclear deals with Russia, the ruling party's Treasurer General said on Thursday shortly before President Vladimir Putin arrived for the BRICS summit.

The nuclear project was prioritised by former President Jacob Zuma but new President Cyril Ramaphosa, who has promised to revive the economy and crack down on corruption since becoming president in February, canned the plan saying the country could not afford a large-scale nuclear expansion.

The African National Congress's Treasurer General Paul Mashatile, one of the top six most powerful members in the ruling party which oversees the government's economic policies, said Pretoria would not take the "Big Bang approach" to nuclear expansion.

He was speaking at a business breakfast on the sidelines of the three-day BRICS summit that kicked off on Wednesday in Johannesburg, attended by the leaders of Brazil, Russia, India, China and South Africa.

"Once we are clear that this is affordable for us to do, we are open for business including with Russia," said Mashatile, said referring to a potential nuclear deal.

"I think the approach we will take is to avoid the Big Bang approach. The initial intervention was that we would do close to 10,000 megawatts... It's unaffordable," he said.

Mashatile also said the ANC wanted greater private investment in struggling state-owned power utility Eskom, which swung to a loss for the year to end-March.

A small group of activists have gathered outside the New Development Bank offices in Sandton on Wednesday‚ protesting against the Brics summit taking ...
Business Times
3 years ago

Russian president Vladimir Putin has arrived in South Africa to attend the 10th BRICS summit in Sandton.
Politics
3 years ago

Ramaphosa makes it rain as he secures $14.7-billion from China

President Cyril Ramaphosa has secured close to $35-billion worth of investment for South Africa in July alone.
Politics
3 years ago