Salary uncertainty for staff at Denel 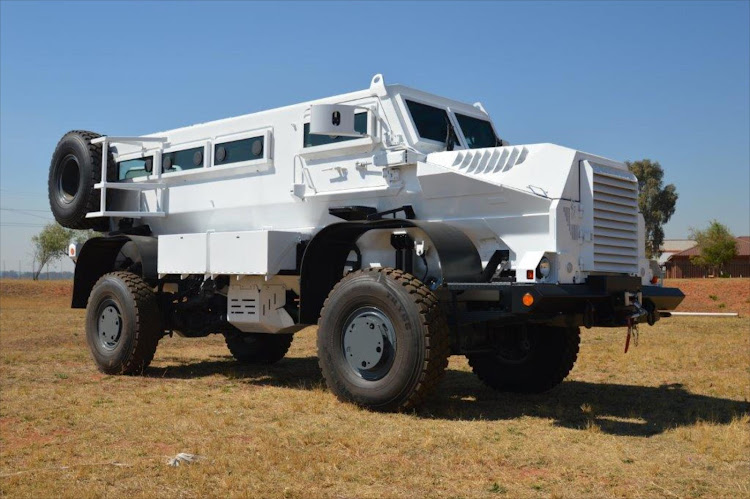 Staff at state-owned arms manufacturer Denel might not get their full salaries come the end of October‚ a statement from trade union Solidarity suggested on Tuesday.

The union said it had "formally learnt from Denel that as from October 2018‚ salary payments were in the balance due to a cash shortage. This comes after Denel‚ which is in a financial quandary due to a history of mismanagement‚ last month could not pay salaries to its senior staff when they were due."

Botha said Denel’s management had requested that the trade unions consider the proposals‚ comment on them‚ or submit counter proposals.

“Both the proposals and the possibility of non-payment of salaries are most worrying‚ especially in view of the fact that we are still awaiting feedback from the company on progress made with forensic investigations‚ the possible actions that should ensue from the investigations‚ and outstanding financial audit reports. It is regrettable that neither Denel nor its board can provide answers to trade unions’ questions about these issues‚” he said.

Solidarity said it had since launched a petition through which Denel employees could air concerns with the company and its board and object to the absence of remedies other than proposals that affected innocent employees.

State-owned arms manufacturer Denel did not pay senior staff their salaries in full this month, the company said, in a setback for President Cyril ...
News
3 years ago

"Solidarity will soon hand this petition to the board as part of a planned day of peaceful protest‚" the union said‚ adding that it wanted to find possible solutions to making the company profitable again.

Earlier this year‚ TimesLIVE reported that around 900 employees at Denel subsidiary Denel PMP had been told they would be put on short time. This is a legal way to employ people for fewer days in order to pay them less‚ in a bid to avert retrenchments.

An employee who did not want to be named said staff had been told they would now only have a four-day work week.

In December‚ the same staff were told they might not receive their salaries. But a loan from Treasury was organised at the last minute and staff were paid days before Christmas. Some staff were paid their 13th cheques a month late‚ even though the 13th cheque was actually money they had put aside monthly from their salaries in a forced savings scheme that allows a bonus in December. This money was not available until Treasury stepped in and they were paid bonuses late.

"I can confirm that Denel management‚ supported very strongly by the Board of Directors and the Shareholder Representative‚ the Department of Public Enterprises‚ has for the past few months been working on finding sustainable funding solutions to the company's current liquidity challenges‚" she said.

Saudi Arabia is in talks with South Africa's major arms manufacturers and is considering taking an equity stake in the struggling state-owned defence ...
Business Times
3 years ago

"It is such challenges that have affected our ability to consistently pay our suppliers on time and‚ since December 2017‚ has affected the group's ability to ensure the payment of employee salaries on time. However‚ it must be stressed that it was only in December 2017 that salaries were paid later than the expected date; and again‚ due to an administrative error‚ some employees received their salaries after the due date for the September 2018 salary run‚" she added.

"I can again confirm that in the same month (September 2018) Denel executives‚ senior managers and specialists took a 20% and 15% salary cut respectively - however‚ they were repaid the shortfall in the first week of October."

Asked whether there were solid plans in place to rectify the mounting challenges at Denel‚ Qinga said: "Right now we are working‚ on the basis of good faith‚ on a number of possible solutions to resolve our cash challenges on a more sustainable basis‚ so I am honestly not in a position to know what the final solution will be for Denel. That would be pre-emptive and not based on fact."

Last month‚ Johannesburg mayor Herman Mashaba said that R290-million worth of city funds were placed at risk through unsecured lending to cash-strapped Denel.

Mashaba said a report tabled before council had indicated that Gupta-linked associates‚ through Regiments Capital‚ had placed the funds at risk.

The Organisation Undoing Tax Abuse (Outa) has lashed out at state arms firm Denel in its first submission to the state capture inquiry.
Politics
3 years ago

Explaining the background to the transaction in a statement‚ he said Denel had‚ in 2013 and 2014‚ issued senior‚ unsecured notes with a maturity date of June 2018.

Regiments Capital‚ in its capacity as managers of the city’s sinking fund‚ purchased notes to the value of R290-million for the fund. The city uses the sinking fund to pay back loans and investments made to it. These amount to more than R18-billion.

Mashaba said in 2012‚ during the tenure of his predecessor‚ Parks Tau‚ Regiments Capital‚ an empowerment firm with links to the Guptas‚ was appointed to manage the sinking fund.

Early in June‚ the city was told by the Department of Public Enterprises‚ in its capacity as the shareholder representative in Denel‚ that Denel was not in a position to settle the notes on the due date because the arms firm had serious liquidity challenges.

After various meetings and the intervention of public enterprises minister Pravin Gordhan‚ the city agreed to roll over the investment. This was to prevent Denel from defaulting and give it time to implement a business-rescue strategy to improve its financial situation.

“On the basis of [Gordhan’s] request and in order to protect the city’s investment from capital loss‚ a decision was taken to roll over the investment for the requested period‚” said Mashaba.

The outstanding debt will now have to be settled on December 10.