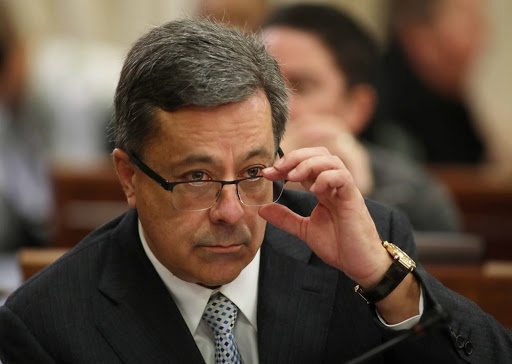 It's been a terrible year for the international company since accounting irregularities exposed the corruption of senior management, leading to the resignation of CEO Markus Jooste.

Steinhoff International Holdings NV has been hit with one blow after another since the beginning of 2018: plummetting share prices, the closure of some of its retailers, class-action lawsuits and investigations from regulators. It declared its US Mattress Firm bankrupt, the Mattress Firm emerged from bankruptcy in November with $525 million in exit financing.

Steinhoff: This is why things went so very, very wrong

The Steinhoff fall was partly brought on by corporate greed, arrogance and entitlement, delegates at the Certified Fraud Examiner African Conference ...
News
3 years ago

The bank was placed under curatorship after rampant looting by senior executives led to a liquidity crisis. The bank was liquidated after an application by the Prudential Authority of the South African Reserve Bank.

The Reserve Bank had been under pressure from political parties, including the EFF and ANC, to try and save VBS.

According to Business Day, a report by the  Reserve Bank and Werkmans Attorneys revealed that about R2-billion was looted from the bank. It identified players from the ANC and EFF who had a role in the crisis. EFF deputy chair Floyd Shivambu received backlash after it was revealed that his brother had received R16m from the looted amount.

The auditing firm has experienced a domino effect since its 2017 scandal, which revealed that the company had delayed to identify inaccuracies in the auditing work done for  Gupta-owned companies, as well as its involvement in the now-defunct VBS Mutual Bank.

Since then, KPMG has lost 1,000 staff members, 15 audit partners, R1-billion in revenue and high-profile clients such as Gold Fields, Sasfin, Sygnia and Absa, according to Business Day.

KPMG recently appointed Ignatius Sehoole, the former deputy CEO of PricewaterhouseCoopers (PwC) Southern Africa, to head up the firm from May 2019.

The manufacturing company's reputation suffered a major blow when more than 200 people died in a listeriosis outbreak after a strain of listeria was found in Enterprise products.

All 1,060 listeriosis victims could benefit as Tiger Brands agrees to class action

Lawyers representing victims of the listeriosis outbreak will approach the South Gauteng High Court to certify the litigation as a class action.
News
3 years ago

The insurance company faced public backlash after refusing to pay out a R2.4-million policy to a Durban widow on the grounds that her husband did not disclose a pre-existing medical condition.

Nathan Ganas died in a hail of bullets during a hijacking last year. Momentum refused to pay out his life cover because he failed to disclose that he had high blood sugar levels.

After days of public outrage, with many threatening to cancel their policies if the company did not pay, Momentum announced that it had changed its policies to pay out death benefits in the case of a violent crime, regardless of a person's medical history. Momentum also agreed to pay back all of Ganas' premiums from the 2014 policy.

Momentum scored points on social media on Tuesday evening when it announced that it would pay a life policy claim to Durban widow, Denise Ganas.
News
3 years ago