Mboweni 'has nothing to offer', says Malema as parties react to budget 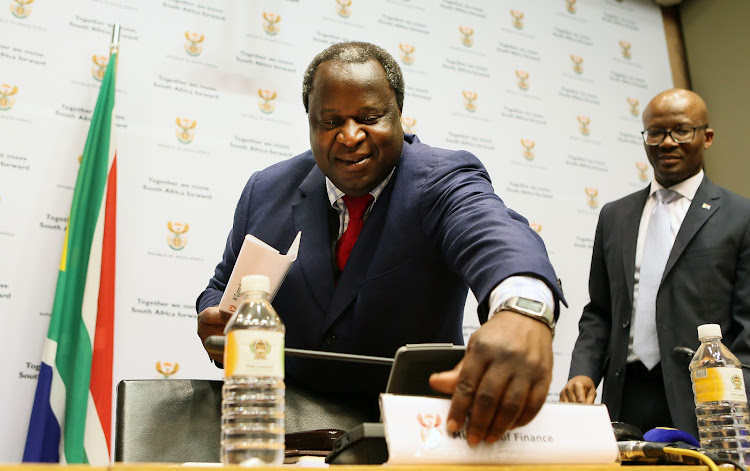 Finance minister Tito Mboweni during his delivery of the budget speech on February 20 2019
Image: Ruvan Boshoff

There has been a mixed reaction from politicians and other commentators to finance minister Tito Mboweni's maiden budget speech.

DA leader Mmusi Maimane said Mboweni "minced his words" on what to do with cash-strapped state-owned companies such as SAA, Denel and the SABC.

He said it was worrying that the national budget deficit was continuing to rise, with government now going to borrow R243bn to finance its spending plans for the upcoming financial year.

Listen to further analysis of the budget here:

"He minced his words about SOEs by saying we should decide what we're going to do, as if he's not part of the government. He should by now have sold some of the SOEs so that we can give money to poor people of this country," said Maimane.

"This shows the ANC has no plan to grow the economy and deliver jobs for the people.”

EFF leader Julius Malema slammed Mboweni for raising the child support grant by R10. Malema also said Mboweni should have readjusted VAT back to 14% after it was hiked last year.

"The minister has got nothing to offer; he can't take us out of this difficult situation we find ourselves in. He's still allocating money to buy land when we're busy amending the constitution to expropriate land without compensation. He has no plan on how he's going to create jobs. He's not reduced VAT - everybody is complaining that 15% is too much, yet minister comes here and says nothing," said Malema.

Lawson Naidoo of the Council for the Advancement of the SA Constitution (Casac) said Mboweni did well to avoid responding to populist economic proposals in his speech.

"It's a brave speech, I thought. He didn't pull any punches. I think it’s impressive he resisted the temptation to respond to populist notions in his budget and he told the story as it really is," said Naidoo.

Government will allocate R23bn a year in the next three years to help the cash-strapped power utility Eskom meet its financial obligations.
Business Times
2 years ago

Mashatile welcomed the government's plans to dispose of assets owned by SOEs that are not core to their business operations. "The ANC does agree that non-core state assets can be done away with. We'll keep the core ones. But we have to start looking at that [and] I think the president [Cyril Ramaphosa] has outlined that," he said.

"What the minister [Mboweni] is doing is just saying that work is going to follow and looking at some of the SOEs that are not useful to building the economy, to serving our people, we can do away with them - but we will be very careful when we do that," added Mashatile.