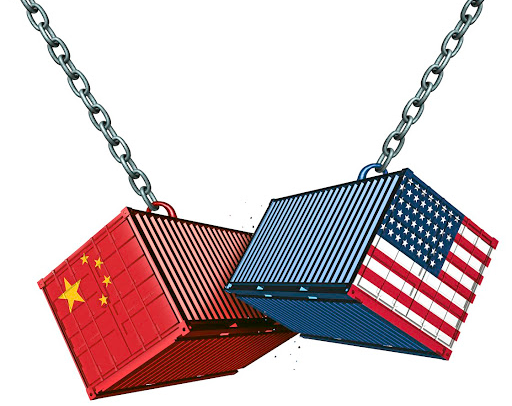 The rand was in positive territory for a second consecutive week on Friday as talk of an impending deal between the US and China over trade was mooted.

The more than 18-month long trade war between the world’s two largest economies has put a dent in global economic growth, while markets have been extremely volatile as the tit-for-tat battle over import tariffs wages on.

A deal, however, appears not to be a foregone conclusion, with a number of analysts warning that the world can only bank on a ceasefire once US and Chinese officials have signed on the dotted line.

White House economic adviser Larry Kudlow said on Thursday that the two countries are down to the final steps of agreeing on a phase one deal, surprising investors, who have spent much of the past week on the receiving end of headlines suggesting the opposite.

Airport workers affiliated to the National Union of Mineworkers (Numsa) said they will not back down until their demands for in-sourcing and for a 8% ...
News
1 year ago

The threat of more tariffs, however, is real, said London Capital Group senior market analyst Ipek Ozkardeskaya in a note. “The US will likely add 15% tariffs on $160bn worth of Chinese imports if a partial deal is not inked by December 15,” she said.

Others were more optimistic. Trade-related headlines continue to move global markets on a daily basis, but it now seems loose ends in the US-China deal are being tied up, Rand Merchant Bank analyst Siobhan Redford said.

Local bonds were also given a boost, with the yield on the R2030 falling to 9.085%, from 9.112% at Thursday’s close. Bond yields move inversely to their prices.

Pepkor rose 0.74% to R17.68, despite saying earlier it had suffered writedowns of R1.2bn due to a contraction in the building market in SA.

Accelerate Property fund dropped 5.82% to R1.95. It said earlier it had reached a deal to sell an Edcon warehouse for R94m, as it pursues about R2.5bn in disposals of non-core assets.

Oceana Group gained 2.77% to R64.50 after reporting group revenue was flat at R7.64bn in its year to end-September, with bad weather in both the US and SA affecting its operations during the period.

The Competition Commission has referred wood-based panel companies Steinhoff, Kap Diversified Industrial and Sonae Arauco SA to the Competition Tribunal for prosecution for alleged cartel conduct. The commission wants the tribunal to impose an administrative penalty of 10% of the annual turnover of Kap and Steinhoff, while Sonae has agreed to testify against the other companies amid a settlement deal.

Kap, then known as PG Bison, and Sonae agreed to increase their prices for wood-based panel products by the same percentage at the same time, the commission said in a statement. The parties met frequently from 2009 to at least 2016 to agree on the amount, the statement read.

Taxpayers will have to cough up for SAA crisis, says Jonathan Jansen

'Financially, SAA is on its knees'
News
1 year ago

SAA is stuck in a desperate catch-22. Does it have any options left?

SA Airways is heading for collapse as it tries to become unstuck from a desperate catch-22 situation, where it will be damned if it does and damned ...
News
1 year ago