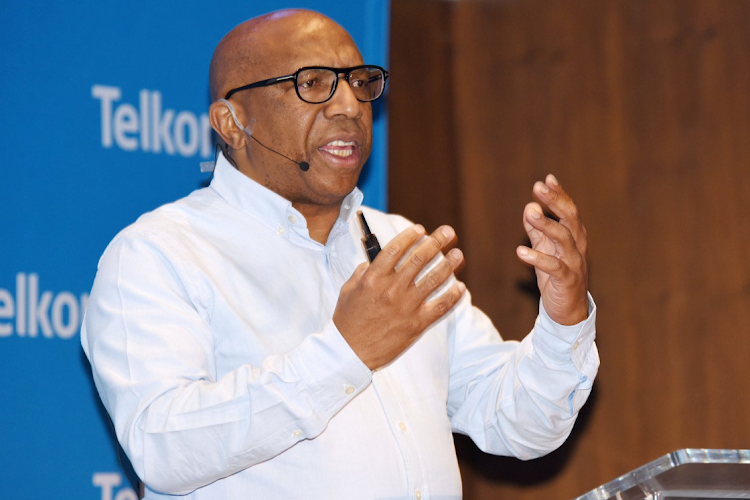 Sipho Maseko, who has been credited with turning around the fortunes of JSE-listed Telkom, is stepping down at the end of June next year after what will be a nine-year stint at the helm.

When Maseko was appointed CEO in April 2013, Telkom was a bloated company with a declining fixed line business making up most of its revenue and a minor loss-making mobile segment delivering a sub-par performance. At the time Telkom employed 21,000 people.

The group is now profitable with its mobile and fibre segments the dominant businesses in its portfolio. It has trimmed its core workforce to around 7,000. If the staff complement of BCX, which Telkom acquired in 2016, is included, Telkom’s total employee base is around 11,000.

In a statement that accompanied a Stock Exchange News Services announcement, Maseko said: “I feel now is the right time for me to step aside and make way for a new leader who will take Telkom to even greater heights.

“I will stay on until June 2022 to ensure a smooth transition for my successor. I am most thankful to my colleagues across our country for trusting me to lead Telkom, and for supporting me throughout the journey of transition.”

Telkom CEO Sipho Maseko has words of caution for Takatso, the consortium that is planning to buy a stake in South African Airways (SAA), about its ...
Business
3 months ago

Peter Takaendesa, head of equities at Mergence Investment Managers, said “one thing Sipho has done well is to change the direction of Telkom”.

“When he took over it was a declining fixed line business, which made up over 90% of the group in terms of revenues. They had a small sub-scale mobile business that was losing almost R2bn a year. Everything was moving in the wrong direction and the cost base was too high as well. It was almost like a perfect storm.”

Takaendesa said the significant reduction in headcount during Maseko’s tenure had also helped address the large cost base at the company.

He said the drive to grow the group’s mobile business by “focusing on mobile data” had resulted in it delivering close to 50% of Telkom’s revenues from less than 10% when Maseko started.

Takaendesa said Maseko had also transformed the group so that it was in a position to “grow revenue” because its “new-generation revenue streams, such as mobile and fibre in the fixed line business, were growing more than the legacy revenues”.

Telkom said the process to appoint Maseko’s successor was “well under way” and a designate group CEO would be announced in the “not too distant future”.

It said Maseko would “for the remainder of his tenure” ensure the “orderly transition” into the role by the incoming CEO designate. ​

Telkom set to divide and conquer

Telkom's divisions that operate as separate businesses and brands include Openserve, BCX, and Gyro
Business
10 months ago