Use bailout to save Swazis from king

If you are a regular reader of this column, you will know that I don't care too much for monarchies. These potentates areout of step with the democratic ethos of the modern world. I detest the idea that we have human beings who do little of what we mere mortals call work and yet they possess the bulk of their country's wealth. 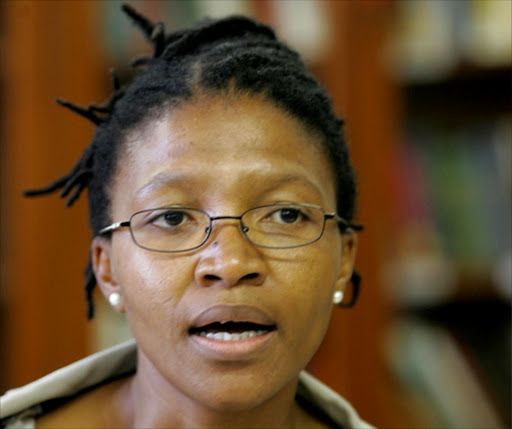 I dislike the fact that while the majority of the world's workers toil in excruciating conditions to bring home a meagre salary, we have a handful of people whose jobs constitute cutting ribbons and opening crèches in return for large monetary rewards.

Whether we are talking about the queen of England or the young men in the poverty-stricken Swaziland and Lesotho or indeed the one inside our borders in KwaZulu-Natal, the tragic reality is that we have here a bunch of people who live off the sweat of their subjects with absolutely no accountability.

These monarchs are a law unto themselves. They are not held to the same standards as other rulers, who would be kicked out of office if they didn't meet their citizens' expectations.

You can imagine my temperature levels, then, at the news that South Africa was considering bailing Swaziland out from its economic quagmire.

The mooted figure is R10-billion, although this has been disputed.

You see, this small country of 1.4 million is near financial collapse, with a budget deficit of 14.3% according to the International Monetary Fund. Its public servants' wage bill eats away at 18% of its GDP, more than any other country in Africa.

Ministers and public servants are appointed at the whim of the king.

We only have to cast our memory back to the sacking of justice minister Ndumiso Mamba for allegations of an affair with one of the king's wives, to see the rot in that tiny country.

Against this financial morass is a king who lives large. He collects a fleet of women, flashy cars and property and has amassed wealth estimated at R200-million. In fact, I would go so far as to partly blame him for the country's woes. The country wouldn't be where it is today if this young man spent less.

This is a kingdom where there are state-sanctioned human rights abuses, including the abduction of young girls who are forced into marriage. There is an absolute disregard for the rule of law. This is a country in which the government does not honour court decisions. Political parties are banned. Unions are allowed to operate but their activities are curtailed by a royal decree that prohibits political marches and public meetings.

While it has become customary for the conditions of such bailouts to include cuts in state expenditure and other economic reforms, as has been seen in the case of Greece in recent months, South Africa needs to go further.

It needs to demand that this king auction off the bulk of his wealth to help resuscitate the economy. Failure to address his personal spending would render the conditions useless. It is imperative that his runaway spending be curbed and the cuts be stipulated in the contract governing this loan.

If it were me, I would even include a clause relating to his marriages.

The king is reported to have 14 wives and 27 children and each year he chooses a wife from the annual reed dance. This tradition is not financially sustainable in today's world.

It is unacceptable that South Africans have to bail out a country whose main man has siphoned off this obscene amount from its citizens.

South Africa must be firm in its demand for political reforms in that country.

It must take proactive steps to ensure that Swaziland complies with the terms of the bailout. King Mswati and his government cannot be left to implement those conditions. They have a record for disregarding the rule of law, their judiciary and clean governance.

The International Labour Organisation sent labour experts to help draft amendments to a labour legislation which sought to ban labour strikes; South Africa has to do the same.

South Africa has massive problems and its citizens will feel aggrieved at having to fork out billions to help a big spender, but failure to help the Swazis will result in another influx of economic refugees which it can ill afford.