Love in a time of murder 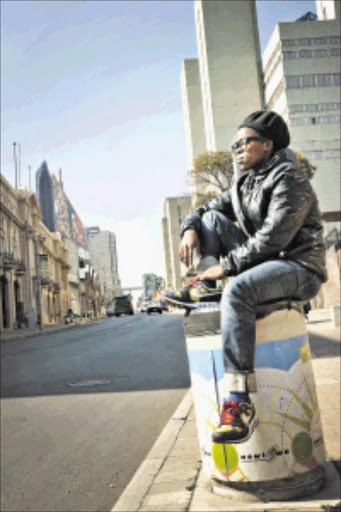 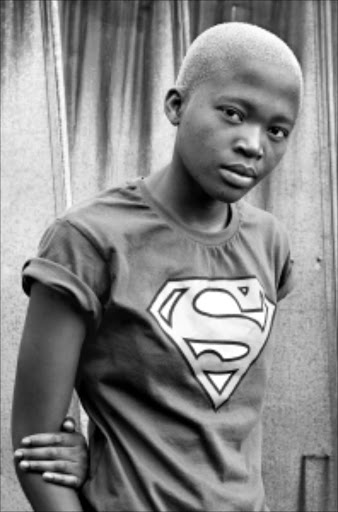 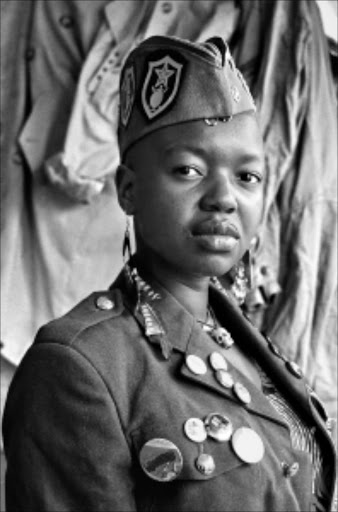 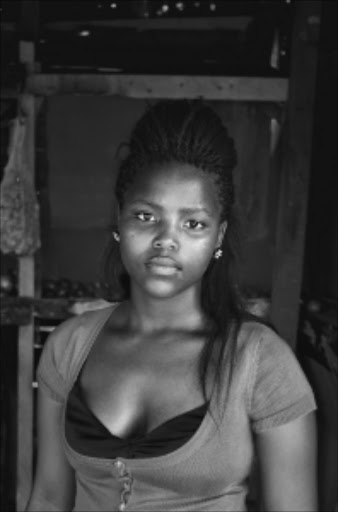 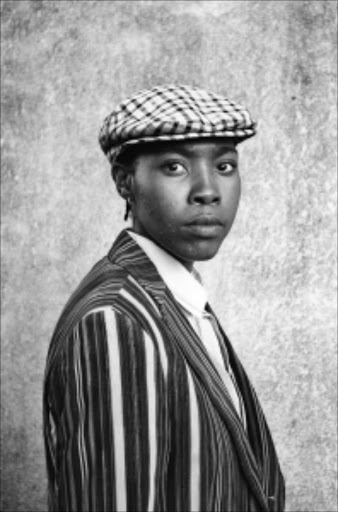 Photographer and visual activist Zanele Muholi captures queer history. Charl Blignaut gets a snapshot of her on the afternoon of her latest exhibition

A paunchy, middle-aged white man works with immaculate care as he settles a fierce, battle-scarred black lesbian in place. He steps back and surveys the wall of portraits, a small army of lesbians and transgenders who look at him with frank appraisal. There are drag kings, lipstick lezzas, church boys, headphoned hustlers, pierced punks, superwomen and homegirls. He tweaks one, straightens another.

The works are on Zanele Muholi's new show, Inkanyiso, which is about to open in just a few hours at the Stevenson gallery in Braamfontein. Director David Brodie is harassed, but polite enough to offer coffee. I ask for it strong and black - like his artist. He smiles and says: "In that case we better add a bit of sugar."

I get a taste of Muholi's sweetness the moment I meet her at the Market Photo Workshop in Newtown and she gives me a huge, spontaneous hug - an apology for being late. Right away, she's in charge, calling a videographer to come and document her being documented. "Here's your photo here," she tells my photographer out on the street, taking a position. There's a discussion about light. He asks her to sit on a concrete post. "I'd rather sit on the dustbin," she says, hopping on. She looks into the camera. "I don't like to smile."

"Some people think that to be beautiful you have to smile," she says later about her Inkanyiso portraits. "I always try to explain that these are not party photos. These are historical documents. They are taken at a rough period in our lives. Lesbians are being killed here. There's no reason to smile."

The increased media coverage and public outrage around men raping lesbians to "correct" or "cure", or simply crush them, has brought Muholi's work into sharp focus. "But I was hearing about it over a decade ago," she says. One of her many tireless projects has been to document lesbian rape survivors, take their portraits and record their stories.

Difficult Love is being shown on the new exhibition. It's an astonishing 2010 documentary that Muholi made with filmmaker Peter Goldsmid. It was commissioned and paid for by the SABC, but the broadcaster has never screened it. Despite its slightly plastic, SABC-style feel, it has won international awards and it's easy to see why.

Millicent Gaika plays nervously with her hands in her lap. Her face is badly bruised and she has strangle marks. Her left eye is swollen shut. She went to ask him for a light. He smoked her cigarette and ordered her to come with him. After a fight he locked her in a room and raped her violently for five hours. She starts to cry and tears force their way through the shut eye and roll down her cheek.

In Difficult Love we meet a diversity of queers - like Petra Brink and Pra-line Hendricks, a homeless lesbian couple who live under a bridge in Cape Town and are grateful for the rats because they scare the robbers away. They were rejected from a homeless shelter for being openly lesbian and have lived here for seven months, passing as mother and daughter. We meet a transgendered sangoma, a lesbian who is having a baby on her own and Liesl Theron, Muholi's wonderful white Afrikaans girlfriend.

But who we get to know best is the 38-year-old Muholi. Born in Umlazi township in Durban, her mother was a domestic worker and her father a labourer from Malawi. "I packed your linen," she says of her time working in a factory that supplied Woolworths. She had a dream to study film and came to Joburg, but failed her interview three times and began working for a gender research project while studying at the Market Photo Workshop - founded by legendary photographer David Goldblatt, who later became her mentor.

"Sorry. I have palpitations. I get scared to talk in public," says Muholi as she stands in front of the latest intake of students to present a lunchtime talk. "In my work I try to capture history to say we are here. I am one of many. Recognise me," she says by way of introduction. Inevitably the questions turn to her images of naked women and allegations of pornography.

It's this that so upset former arts and culture minister Lulu Xingwana that she walked out of an exhibition featuring Muholi's work, calling it "immoral" and "against nation-building". Xingwana was heavily criticised for playing into South Africa's climate of homophobia that exists despite a constitution enshrining queer rights. Muholi became a cause célèbre. Her work gained new traction and with that increased international opportunities. Tonight, for example, you could also see her portraits at the Museum of Modern Art in San Francisco.

Before the opening, we finish our interview in the room of portraits. I tell her that I still can't make out the gender of all the people on the wall. They subvert stereotypes by muddling my notions of identity.

"Exactly," she says. "People are complicated. We come in different forms and shapes. We are human beings before we are sexual creatures. When you put me in a box you are taking away my power." With her camera, she is doing her part to restore that power.