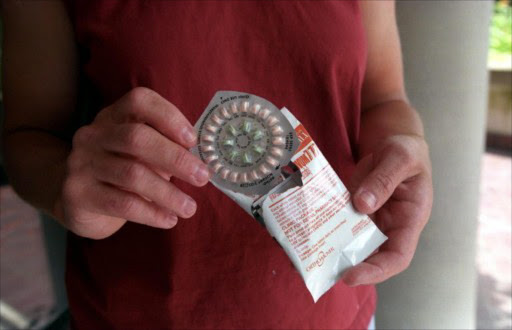 Birth control drugs that were heavily promoted as having fewer side effects and the ability to clear up acne and other hormonal bothers are under new scrutiny from U.S. safety regulators.

Research suggesting that newer birth control formulations are more likely to cause blood clots than older drugs has prompted the Food and Drug Administration to consider new safety measures in meetings later this week. The increased risk is slight, but significant because blood clots can cause heart attacks, strokes and blockages in lungs or blood vessels, which can be fatal.

Regulators could order new warning labels on several contraceptives that gained popularity in the last decade, including Bayer's pill Yaz, which was the best-selling birth control pill in the U.S. for 2008 and 2009.

Yaz, its Bayer precursor Yasmin, and similar drugs use a version of a female hormone that appears to reduce side effects found in older drugs, including bloating and mood swings.

On Tuesday, a judge unsealed several court documents suggesting Bayer may have withheld data from the FDA about the blood clot risks of its drugs. The documents stem from expert opinion gathered by personal injury lawyers suing Bayer on behalf of patients.

Bayer AG spent more than $270 million on TV and magazine advertisements for Yaz between 2007 and 2010, according TNS Media Intelligence. Such big-budget campaigns are rare for birth control products. One advertisement featured young women singing the Twisted Sister anthem, "We're Not Gonna Take It," while popping balloons labeled "moodiness," "bloating" and "acne."

Sales of Yaz have fallen since regulators forced Bayer to correct advertisements that overstated Yaz's benefits and as safety questions drew scrutiny in both the U.S. and Europe.

FDA also is reviewing research on clot risks associated with Johnson & Johnson's weekly Ortho Evra patch, which is marketed as an "option for busy women who are looking to simplify life." The drug uses a different version of the female hormone progestin.

Millions of women have used the products since they launched a decade ago, but recent studies comparing the medical histories of women taking the newer drugs to older ones suggest a slightly higher risk of blood clots in the legs and lungs. Last year, the U.S. market for female contraceptive drugs totaled $3.4 billion, according to IMS Health.

Sorting out the blood clot risk of birth control drugs is especially difficult because all hormone-based drugs increase the risk of clotting. Further complicating the matter is that clots can be caused by factors such as smoking, obesity or family history.

Yaz, Yasmin and other pills containing a synthetic hormone called drospirenone are the focus of a discussion Thursday. The next day's meeting focuses on the Ortho Evra patch, which uses the hormone norelgestromin.

Bayer says its studies have shown no difference in blood clot risk between its drugs and the older birth control drugs. But several large, independent studies suggest the risk with Yaz and similar medications is slightly higher. The latest analysis by the FDA estimates the risk of a blood clot with drospirenone-containing pills is 1.5-fold higher than other hormone-based contraceptives. That translates into an estimated 10 in 10,000 women on the newer drugs experiencing a blood clot, compared with 6 in 10,000 women on older contraceptives, according to the FDA.

"It's a very small percentage of patients that develop these, but it's such a serious side effect that I think doctors have to use a lot of caution," said Dr. Jennifer Wu, of Lenox Hill Hospital in New York.

Even if Yaz and other newer drugs get additional warning labels some doctors say they don't expect to stop prescribing them. They point out that the risk of blood clots with any birth control pill is still far lower than that associated with pregnancy and birth, when hormone levels and reduced blood flow increase clotting risk.

"At the end of the day I tell my patients the absolute risk is still very, very low compared to pregnancy and post-partum risk," said Dr. Rebecca Starck, of Cleveland Clinic's Fairview Hospital. "There are still many benefits to combination birth control pills."

The Ortho Evra patch already carries warning labels about an increased risk of blood clots compared with pills. Some, but not all, studies suggest patch users have twice the risk of clots. The FDA will try to further define that risk using the latest data.

Most birth control drugs use a combination of two female hormones, estrogen and progestin, to stop ovulation and help block sperm. But for decades many women have reported bloating and mood swings as side effects.

Introduced in 2001, Yasmin was the first birth control pill to use a new form of progestin called drospirenone, which appeared to have fewer side effects. The reformulated version of the drug, Yaz, was approved in 2006 with approval to claim on the label that it decreased acne and a severe type of mood disorder.

Yaz quickly grew into the best-selling birth control pill in the U.S. Sales plummeted more than 50 percent in 2010, after the company was forced to run corrective TV and magazine advertisements. Among other problems, the FDA said the company's commercials suggested Yaz could treat premenstrual syndrome when it has only been shown to decrease incidence of premenstrual dysphoric disorder, a severe mood disorder associated with major depression. Yaz currently ranks fourth in sales among contraceptive pills in the U.S.

Newer drugs like Yaz are no more effective than older pills, generally allowing one unplanned pregnancy per year for every 100 women.

"Many women will do fine on the older generation drugs, but some women will not," said Dr. Petra Casey, of the Mayo Clinic. "I think the newer drugs help many women in terms of mood and the water retention."

About 4,000 lawsuits against Bayer argue that any additional risk with the newer drugs should have been detected and emphasized to the public.