The Big Read: No Kidding 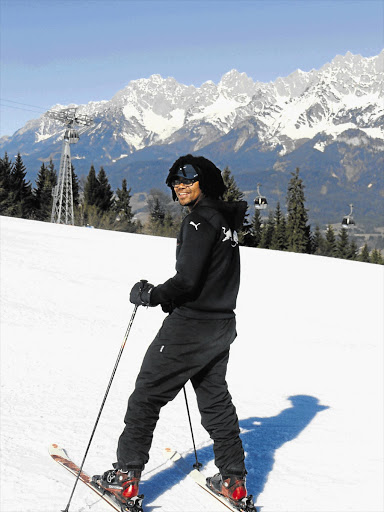 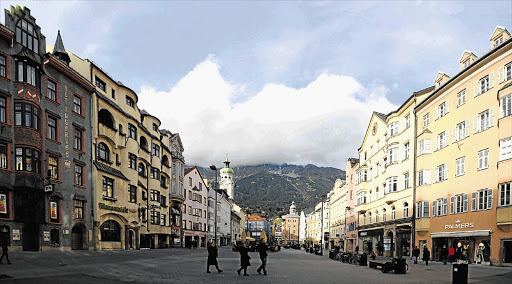 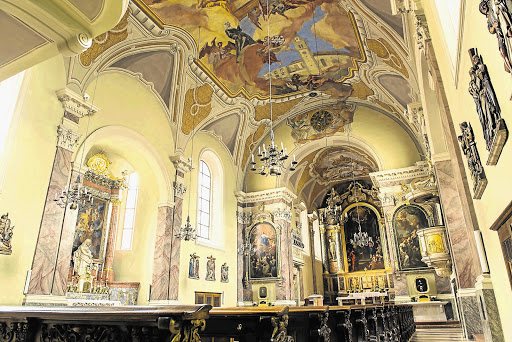 Having repeatedly had to learn over the years that one is never really in control in life, I'm not very big on ambition or optimism.

The former one can glean from the fact that I've been a sportswriter my whole career; the latter from the fact that, as a sworn pessimist, I live in a grey area where I'm almost double-daring life to surprise me with some momentary happiness.

So when I returned from my first "skiing" trip in Kitzbühel, Austria, in 2003, I accepted I would never graduate beyond mucking around on the kiddie slopes.

Then came an invitation to visit the St Johann Resort, next-door to Kitzbühel in Tirol. The invitation wasn't exactly a red rag to an apathetic skier, but it was an opportunity to set the record straight.

And so the motto for the trip, which was late in the season in early March, was: "Get off the kiddie slopes!"

One of the things sportswriters spend a significant part of their lives doing is looking for signs.

So when I was late for the briefing meeting with my fellow passengers before take off, and realised upon arrival in Austria that I'd forgotten to buy the mandatory ski pants, gloves, jacket and cool shades, my mission wasn't looking so attainable.

Fortunately, the folks on the ground at St Johann have seen a few dozy prats like me in their time, so they lent me some stuff. Having been passed around from bloke to bloke, they smelt a bit of goat cheese, but my stupidity hadn't bought me the right to whine about anything.

As it turned out, our arrival coincided with the first signs of a shortage of snow, which meant they had to furnish certain slopes with a little dose of artificial powder overnight.

Of our party, Susan Williams was accomplished enough to go straight to the intermediate stuff, whereas, from the rest, only Justine Davies and I had ever been on skis before. Malorie Noel, Jessica Malan and Stephanie Schonfeldt had never skied.

Wendy and Neil Smit were skilled enough for snowboarding on the intermediate slopes.

The first morning didn't go so well for the novices for different reasons.

Malorie because she'd chosen the cutest but most ill-fitting ski boots; Steph because her blood-sugar dropped to alarming levels; and Jess because she was more interested in chatting than skiing.

"Skiing is not for fatties," they chanted in unison, having found a convenient excuse to avoid doing it.

"Learning how to ski is very frustrating because everything is new and trying to keep up is exhausting," added Malorie. "It all feels a lot like it's about what not to do, as opposed to what to do."

To paraphrase Malorie's sentiments, skiing is a bit like driving. When you don't know how to do it, you're constantly trying to think about what to do next. Once you do, most of it feels automatic.

Nothing illustrated that more than the nights we went bum-boarding and the evening we went ski-bobbing (we were also supposed to go tobogganing, but there wasn't enough snow on the track, which made it more dangerous than it already looked).

There's something childlike in the exhilaration to be had while skating along on your backside on what is essentially a drinks tray with a handle up front, whereas with skiing everything is quite technical and half the time is spent thinking: "Which way do I lean to turn again?"

You take on board a fair bit of ice down your backside, and the slide down the mountain inevitably ends in a spill, but you're laughing all the way to your demise.

Because I thought I could ski with ankle socks on, I developed massive shin problems akin to shin splints from the tight ski boots on the third day. I had to miss a day of skiing to recover.

That day was spent on a trip with the rest of those bunking skiing to nearby Innsbruck, where we visited the Cathedral of St James and the Swarovski shop (the crystal is made at the company's headquarters in Watten).

As a town, St Johann isn't big but it has a very Austrian charm to it. It's not rare to see the locals dressed in their dirndls, lederhosenand Tyrolean hats (Alpine hats), despite how old-fashioned they look.

People in the town invariably have two jobs: one for the skiing season in winter and the other for the summer.

The nightlife is probably not as racy as that of Kitzbühel next door, which has a Monte Carlo feel to it, complete with Ferraris and Porsches at every turn, but it has everything you need.

We had wonderful dinners at the Grander Schupf restaurant and the Huber Bräu brewery and restaurant.

The Grander Schupf has a strange slide to the downstairs toilets for tipsy guests who find walking a little taxing after a few. The fare at the brewery - roast pork, knuckle of pork, bread dumplings and sauerkraut - is basically comfort food without the sugar rush.

Back in St Johann, another night threw up something I hadn't quite bargained for. It was karaoke night at Max's Bar and, while ordering drink, I saw a blonde lady I thought was about 60. She gave me a massive smile. I smiled back and stuck out my hand. After the introductions, the conversation died as she didn't speak English. She then took to stroking my back to show me what she was thinking. I took my drink, downed it and fled, with Neil mockingly asking: "Why so shy, big boy?"

Upon my return to the slopes the day after Innsbruck, our instructor Peter dispatched me to the intermediate slopes with guide Candice Junkuhn.

As pivotal a moment as it was in my "skiing career", it had its embarrassing moments. It took me about 30 minutes to complete what looked like a 300m descent. Candice reckoned it was closer to 2km.

Either way, I spent a fair bit of the time resorting to "the snow plough" (a braking technique) whenever I was in trouble, which was often and burnt the thighs.

Candice turned out to be a natural teacher by spotting my technical flaws and correcting them within five minutes.

However, she also unwittingly embarrassed me by chatting on her cellphone at one stage while I was battling not to plough into the woods.

She then completed the picture by pointing out a blind skier, happily passing me by on the snow.

Having started on the green slopes and ended up on what I considered to be red slopes, I was getting comfortable on the skis and duly got cocky, to the point where I made a mistake and finished the last 50m sliding on my backside with an audience at the end of the slopes.

I didn't care, it was not the kiddie slopes.

Because it costs three times as much as a place like St Johann, Kitzbühel is generally dismissed as a pretender to Monte Carlo's crown, complete with its Ferraris and Porsches. But the Londoner Pub is its saving grace. Its motto is: "Getting ugly people laid since." and they will go a step beyond for their patrons. One of my travelling companions demanded that the barmen make one of her favourite shooters, completely ignoring the fact that it wasn't on the menu. Then she blamed them for getting it wrong - after she'd told them the wrong ingredients.

Ski bobbing sounds weird, but I wish they'd invited me to go ski bobbing instead of skiing. A ski bob is exactly like a bicycle, except it has small skis instead of wheels. It's a sensational way to come down a mountain.

Since most of the toilets at bars and restaurants in Austria are down stairs, they have an interesting system to help the inebriated make it down: a slide. They still have to walk back up, though, and a few drunks might spill on the way down. Still, perhaps a few SA hosts should invest in something like that.

Pure skiing is offering a six-day package for R27590, which includes flights, transfers, B&B accommodation at the Pension Teresa (a small and homely hotel), ski passes and ski rental and additional entertainment, such as bum-boarding, tobogganing and ski bobbing.