If you're an urban dweller on the African continent‚ there's an easy way to remember the biggest things having an impact on your health right now. 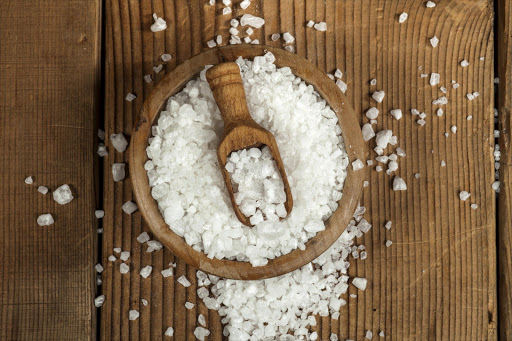 Reducing salt intake by 10% could help save millions of lives.
Image: ©NikiLitov/Istock.Com

Tolu Oni‚ a public health specialist from UCT‚ said it comes down to the eight “S” factors.

The things we're exposed to in the urban environment which shape our health are: sugar and salt‚ smoking and smoke (including air pollution)‚ sleep and stress‚ sports and recreation‚ sanitation and water‚ safe housing‚ sex‚ and substance abuse and alcohol.

These are the eight factors behind what she calls the “quadruple burden of disease” made up of HIV/TB‚ non-communicable diseases‚ issues related to maternal and child health‚ and injuries and violence.

Oni was speaking at an international urban health conference organised by the Novartis Foundation in the Western Cape this week where experts from different disciplines have come together to consider urban health in Africa and how to approach it across disciplines.

John Seager‚ a former director of an urban health unit at the World Health Organisation‚ said: “We are still seeing policy statements where urbanisation is labelled as a problem. This implies that going in search of jobs and an improved standard of living is a bad thing. Urbanisation is inevitable - you should embrace it as a development opportunity.”

But‚ said Edgar Pieterse‚ who heads up the African Centre for Cities‚ as we urbanise there are not enough work opportunities for all.

"At the moment we as a society are incapable of responding to the needs and desires of urban dwellers‚” he explained.

In Africa‚ less than one third of the labour force is in a stable job and can “plan livelihood strategies”‚ said Pieterse.

Of urban employment in Africa‚ 61% is informal.

According to Pieterse‚ “this figure is important because wages are substantially lower and more precarious than in formal employment”.

A major component of this – which also underlies most health issues - is slum dwelling‚ but Pieterse explained that “elite middle class expenditure gets prioritised” by those with the purse strings.

Sue Parnell‚ an urban geographer from UCT‚ said an urban environment is a “complex” one full of disparate people‚ so where does one start tackling issues?

She said despite the huge variety of disciplines involved in urban health‚ there is at least a “common cause” among those “to improve public health in Africa” and because the continent is working off such a low base‚ there is room for “significant changes”.

Even those who don't openly work in the health sector are making decisions everyday that affect our health.

This is according to Remy Sietchiping who leads a metropolitan planning unit at UN Habitat.

“Hundreds of departments and agencies are making health decisions whether they realise it or not. There is no sector that doesn't touch on others – we have to rely on each other‚” said Sietchiping.

The conference will continue on Tuesday‚ February‚ 7.