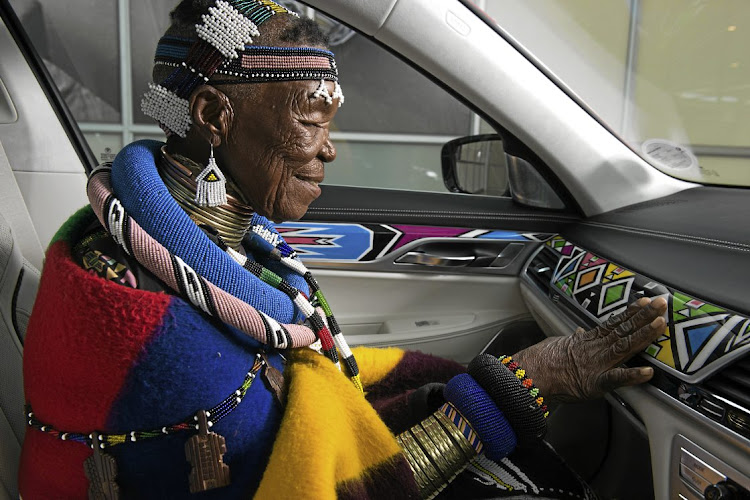 A BMW 7 Series painted by Esther Mahlangu (pictured) was on show at the Joburg Art Fair in 2017.
Image: Courtesy of BMW

Experimental artist Yoko Ono - John Lennon's widow - will exhibit her work alongside controversial sculptor Nandipha Mntambo and legendary traditional artist Esther Mahlangu at the 2018 Nirox Winter Exhibition, which will run from May 12 until end July in the Cradle of Humankind, Johannesburg.

The Nirox Foundation described Mahlangu as "one of the elders of contemporary art"‚ and announced that the famed Ndebele artist had begun work on her mural for the Nirox 2018 Winter Sculpture Fair, on from May 12 -13, which marks the opening of the Winter Exhibition.

The exhibition will showcase the works of over 20 local and international female artists in all. It will also include educational exchanges‚ a performance programme‚ talks‚ tours‚ and workshops.

The theme of the exhibit, Save me from the single story, is inspired by a Ted Talk by Nigerian author Chimamanda Adichie who spoke of how lives and cultures are composed of many overlapping stories and that if we hear only a single story about another person or country‚ we risk a critical misunderstanding.

Japanese artist Ono is regarded as a pioneer in performance art. One of her works was on show in Cape Town last year.

In September last year‚ Mahlangu‚ who is in her 80s‚ was honoured with a mural dedicated to her in New York‚ painted by US-based artist Imani Shanklin Roberts. The mural spanned a two-lane road near Lower Manhattan in New York and showcased Ndebele symbols that have become synonymous with Mahlangu's work worldwide. 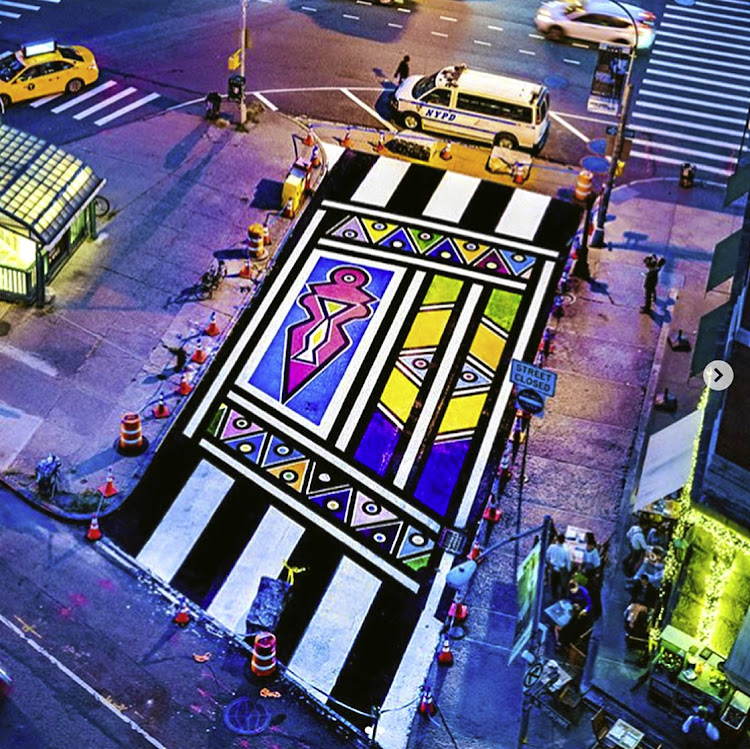 Mntambo has also attracted the attention of buyers worldwide‚ with her large body of work.

In 2009‚ she was part of an exhibition at Constitutional Hill that turned sour when Arts and Culture Minister Lulu Xingwana stormed out‚ calling the work "immoral". Her photographic work‚ The Rape of Europa‚ was what upset Xingwana's sensibilities. The photograph was her reinterpretation of a Picasso sketch of the Minotaur caressing a girl‚ in which the artist occupies both roles.

Mntambo‚ sometimes referred to as the "cow hide artist" for her love of the material‚ refuses to be placed into a one-dimensional box and prefers for her work to speak for itself.

"With limited understanding of art‚ my work is interpreted by referring to me as a black‚ South African woman‚" she told TimesLive in a previous sit-down interview. "People need to have a particular type of language. 'Black' is a word we all understand. 'Female' is a word we all understand. In my work there isn't anything specific identified. So instead of looking at the art and reacting to it‚ they looked at me. In trying to find an interpretation of the work‚ they looked at aspects that are divorced from the work."

IN PICTURES: 5 of the MOST controversial Jacob Zuma artworks

Say what you will about Jacob Zuma, but our former president has been a constant source of artistic inspiration throughout his reign.
Lifestyle
3 years ago