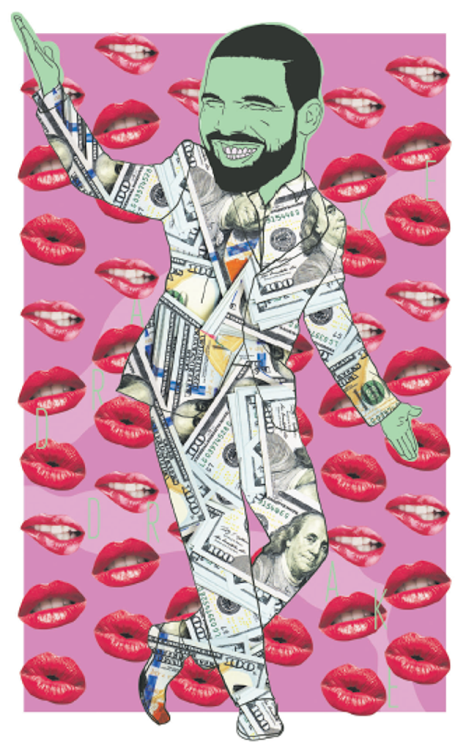 WHAT: His new album, Scorpion.

WHY CARE: Love him or hate him, the rapper’s latest earned him a record-breaking 332 million streams in just 24 hours.

WHERE TO FIND IT: Your preferred music-streaming service.

There’s the nurturer (Zoe Saldana with her kids), the rebel (Olivia Wilde dancing in a ballroom, in a ball gown skirt and sneakers), the baller (Tiffany Haddish smoking a cigar, draped in diamonds), the deal-maker (Issa Rae in a boardroom, keeping her cool while men in suits act like frat boys), the hottie (Rashida Jones doing her makeup in the back of a car), the goddess (Jourdan Dunn looking regal on a horse), the intellectual (Yara Shahidi wearing a Harvard sweater, buried in books) … you get the vibe.

The track itself is a catchy praise song for empowered, multifaceted women: “Workin ’ hard, girl, everything paid for … With your phone out, gotta hit them angles … And you showin’ off, but it’s alright.”

It’s also a song about women who don’t need men (“You really pipin’ upon these n*ggas/ You gotta be nice for what to these n*ggas?”). Hence the title.

If you only listen to Nice For What and aren’t someone who is especially well-versed in Drake’s music, you would think, “He's a nice guy – he doesn’t demean women like most other rappers”. Well, that’s incorrect.

Aubrey Drake Graham, the man who has marketed himself as rap’s Mr Nice Guy, is actually just as misogynistic as many of his peers. In fact, he’s probably even worse because while they are blatant and unapologetic about it, he disguises his sexism with his Nice Guy persona.

A tweet by @WaladShami sums him up thus: “Drake is so obsessed with critiquing women and not men or society as a whole and he gets a pass cause he doesn’t call them b* tches.”

The tweet was a reference to Drake’s song Emotionless (from his new album Scorpion), where he basically paints women (although he keeps using the term “girl ”, infantilising us) as vapid creatures who live for social media and other people’s approval (so much for “showin’ off ” being “alright ”, as he told us on Nice For What).

And Drake does sometimes call women b*tches in his songs — but that’s only because we like it (“I hate callin’ the women b*tches, but the b*tches love it,” he raps on a Rick Ross track).

And that’s exactly how Drake performs his covert misogyny: he often places the blame for his feelings (of sadness, frustration or hurt) and his behaviour on women. In true Nice Guy fashion, he is always the victim – either of a woman’s deception or his own inability to be faithful.

In true Nice Guy fashion, [Drake] is always the victim – either of a woman’s deception or his own inability to be faithful

In the song Company, for instance, he plays the victim in order to get what he wants from a woman (emotional labour and sex). He appeals to her nurturing side (you know how we want to save men from themselves), makes excuses for being a bad boyfriend and weaponises a lover’s good traits against her: “She ’s just a little too perfect, she’s just a little too worth it/I don’t deserve her at all … I’m still a canine at heart, I’m a dog”.

He then comes through with his finishing move: woe is me, save me from my demons, save me from my success. “I need some company…/ I need you to take my mind off being in my prime,” he sings.

This is the same guy who has also said to a woman, on another track, “I’m way too good to you”.

Drake is also the kind of guy who takes ownership for women’s success and lifestyles. On a few songs he reminds a woman that he introduced her to the good life and she better not forget it.

On his hit song Hotline Bling he takes it a step further by bemoaning the fact that a woman is flourishing without him, that since he left she makes her own money, has new friends and is gorgeous and independent (ironically, these are the same things he celebrates in women on Nice For What).

On another song, he’s obsessed with putting a woman “in her place”: “She could have a Grammy, I still treat that ass like a nominee.” Charming.

Drake is right — women don’t have to be nice to men. But the gag is he clearly thinks women have to be nice to him, because he’s not like those other guys. He’s a Nice Guy. And we should be grateful that he loves us as evidenced by the fact that he’s always mocked by other men because he “makes music for women” and the fact that he doesn’t always call us b*tches and h*es.

He wants women to love him — otherwise he will write songs exposing us as shallow, vapid, deceitful, materialistic and loose, amongst many other things that are not as Nice as he is.

On his latest album, titled Scorpion because he’s a Scorpio, Drake wants his rap frenemies to know there’s a sting in his tail. Well, that tail also stings women who flourish without his permission.

Drake vs Pusha T beef: the most exciting thing to happen this year

It's not as bloody as it was in the '90s, but thank the music gods for the revival of the good old-fashioned rap feud
Lifestyle
2 years ago

The Louvre has dedicated a new art tour to Beyonce and Jay-Z after pop's biggest power couple shot the video for their latest hit in the Paris museum.
Lifestyle
2 years ago

From Pusha T's 'Daytona' to Teyana Taylor's 'K.T.S.E.', Kanye West's record label released a new project every Friday during June, but not all of ...
Lifestyle
2 years ago
Next Article