'When They See Us': a gut-wrenching story of race, class & injustice

Based on the true story of The Central Park Five, this Netflix docu-drama series is about being young and black in the wrong place at the wrong time 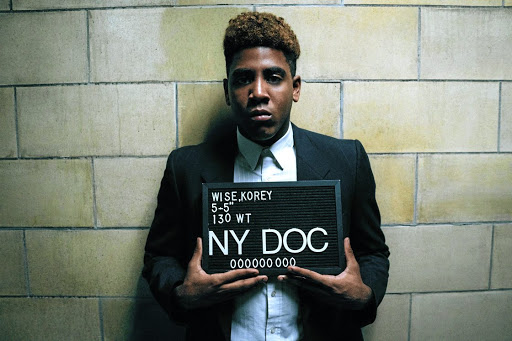 Jharrel Jerome as Korey Wise in Ava DuVernay's 'When They See Us'.
Image: Supplied

In 1989, New York was a town on a racial knife's edge. Rapper Chuck D of Public Enemy made a call to "fight the powers that be". Spike Lee made Do the Right Thing - a funny/tragic tale of race relations reaching boiling point in Brooklyn and, in April that year, a white woman named Trisha Meili was brutally assaulted, raped and left for dead while jogging in Central Park.

What happened as a result of her assault remains a terrifying and well-publicised example of racial profiling and the miscarriage of justice. Five teenage African-American boys - Kevin Richardson, Antron McCray, Yusuf Salaam, Korey Wise and Raymond Santana - were arrested and convicted of the attack.

In the months leading up to their trial New Yorkers were deeply polarised. Outgoing Mayor Edward Koch called for their conviction before hearing any evidence at their trial. Real-estate mogul Donald Trump placed full-page ads in local papers demanding that the death penalty be brought back specifically for the purpose of executing the alleged perpetrators - teenagers whose ages ranged between 14 and 17 years old.

In 2012 veteran American documentarian Ken Burns and his wife, Sarah, made a film about the case detailing the ways in which the accused had been coerced into making confessions for a crime they hadn't committed, the role of the media in stirring the pot and creating the hysteria that placed immense pressure on law enforcement and public officials to swiftly close the case. It was a case which one can now see as a precursor of the Rodney King and OJ Simpson trials in LA in so far as it became the site of a proxy war between the deeply racially divided citizens of the Big Apple.

The Central Park Five, as the teens became known, were all sentenced and served degrees of time in various prisons - their lives irrevocably changed by their having been young, black and in the wrong place at the wrong time. Eventually their convictions were overturned and in 2014 they were awarded a record-setting settlement of $41m between them for the injustice served upon them by an angry citizenry baying for blood.

Now director Ava DuVernay has turned their story into a powerful, heart-wrenching and righteously indignant four-part Netflix series which seeks to re-examine the events through the lens of the lives of the five young men and their families - before, during and after the events that wreaked havoc on their existence.

WATCH | The trailer for 'When They See Us'

The villain here is New York prosecutor Linda Fairstein (suitably played by Felicity Huffman, ironically recently disgraced for fraudulently conspiring to win a college place for her daughter), whose zeal for a quick closing of the case led her to make illogical and false connections between the five suspects and her case. Her portrayal in the series has led to outrage and a petition against her, which saw the publishers of the former attorney-turned-author drop her from their roster earlier this month.

In line with DuVernay's activism around the inequities of the US prison system and its disproportionate use against young African-American men - explored in her award-winning documentary 13th - When They See Us also has a strong focus on the prison experiences of the five accused and the ways in which their time in incarceration disrupted and indelibly crippled their lives and their ability to rejoin normal life.

With a stellar cast that includes John Leguizamo, Michael Kenneth Williams, Famke Janssen, Blair Underwood and Joshua Jackson, an appropriately visually dour period palette and a tender sense of the humanity of its characters - it's a hard-hitting and searing indictment of the failure of the justice system to protect ordinary, mostly black and poor Americans. And it has an all-too-horrible familiar relevance for life in the US three decades later.

• 'When They See Us' is available on Netflix.

'Devil at the Crossroads': Robert Johnson doccie hits all the right notes

Director Brian Oakes re-examines the legend of a Delta blues singer and guitarist who supposedly sold his soul to the devil in order to achieve ...
Lifestyle
3 years ago

'The Lion's Share': how Disney made millions from a poor Zulu artist's song

A Netflix documentary retells the story of how Solomon Linda's song 'Mbube' morphed into the big hit 'The Lion Sleeps Tonight', and yet he died ...
Lifestyle
3 years ago

Plenty of lively comic timing brings 'Dead to Me' to life

It may be a bit of an uneasy mix between buddy movie and murder mystery, but this dark comedy series still has plenty to recommend it
Lifestyle
3 years ago