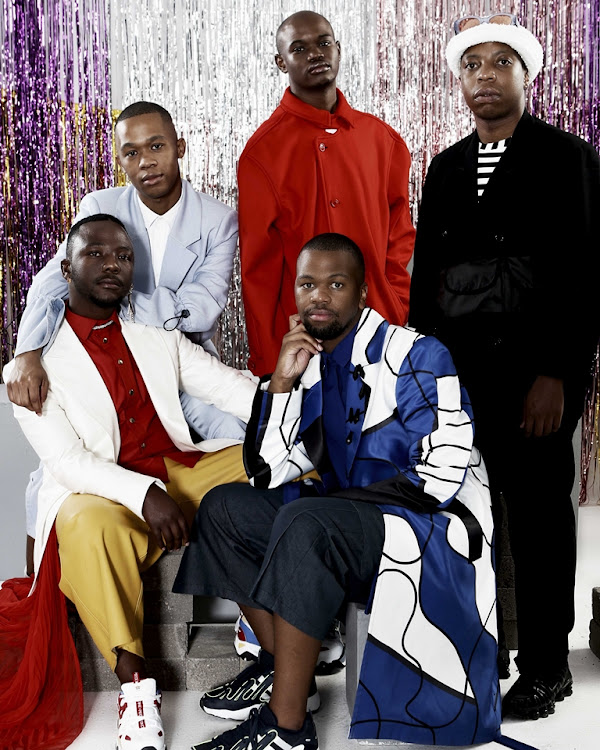 Thebe Magugu and Nao Serati were among the black designers that Beyonce showed love to and featured on Black Is King and Black Parade.
Image: Rich Mnisi

US megastar Beyoncé has shone the light on some of SA's most talented black designers, following the release of her third anticipated visual album Black Is King  at the weekend.

The full-length film is a love letter to people of the African diaspora celebrating “the breadth and beauty of black ancestry”.

Reimagining the story of The Lion King across the modern world including SA, West Africa, Europe and the US, Black Is King provides a deeper dive into the story, using African heritage and fashion.

“With this visual album, I wanted to present elements of Black history and African tradition, with a modern twist and a universal message, and what it truly means to find your self-identity and build a legacy,” Beyoncé wrote on Instagram.

“I spent a lot of time exploring and absorbing the lessons of past generations and the rich history of different African customs. While working on this film, there were moments where I’ve felt overwhelmed, like many others on my creative team, but it was important to create a film that instils pride and knowledge.”

While big brands like Balmain and Valentino were prominently featured in the film, Beyoncé also tapped into a pool of SA's talented black designers.

Some of the designers also made it on to Black Parade, a platform on Beyoncé's official website that features black businesses.

‘To know others is wise, but to know yourself is enlightening 🔮’ ~ Happy #AfricaDay Mother Continent 🌍

Scar played by the phenomenal @warrenmasemola wearing our Veins of my City 3-piece featured in @beyonce’s latest film, Black is King, styled by the legendary @trevor_stuurman Thank you to @zerinaakers, @black.owned.everything & @beyonce for featuring us on their Black Parade directory. #richmnisi #blackisking

Feeling casual at home try these relaxed garments#𝕮𝖑𝖆𝖘𝖘𝖎𝖈𝖆𝕴𝖈𝖔𝖓𝖘 looks available online. Click on bio and receive a complementary Mask with every purchase

Ten Mpumalanga trainees who got to work on 'Black is King' said they will use the experience in their future pursuits in the film industry.
TshisaLIVE
1 year ago

All hail queen Bey, but did y'all see Nandi and Nyaniso though? Pure royalty!
TshisaLIVE
1 year ago