Showmax chats to Mbangeni about her latest role, in the human-trafficking drama 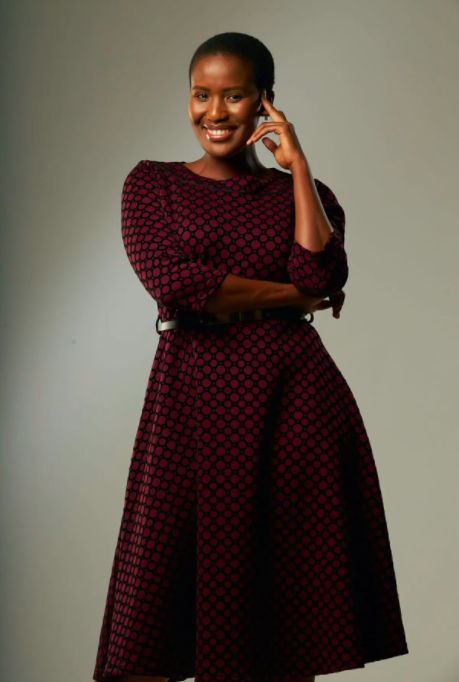 Mzali Wami season 1 came to an end last month and Safta-winning actress Masasa Mbangeni gives a brilliant performance in her role as Joyce. Her character not only deals with the difficulties of infertility but also loses a child and becomes entangled in a human trafficking syndicate.

In the show, Joyce faces every mother’s worst-case scenario: her baby is stolen. Years later, she’s entangled in the dark underworld when she comes across a young woman who seems eerily familiar somehow.

Here's what the actress had to say about her role, her craft as an actress, and what the challenges of the pandemic have taught her.

What drew your interest in taking up the role of Joyce?

Our industry is so small and there are so many of us, so the choice to play a character is very often not a choice. It's an opportunity to work, especially during a pandemic.

I hadn't been shooting for a while due to Covid, and my Scandal character, Thembeka, had just died. This role came at a beautiful time when I had made peace with her death. Let's just say, an opportunity to work during the pandemic came and I grabbed it with both hands.

What are your thoughts on the human trafficking plot of the show?

The subject matter is triggering because it could become the reality of every woman in SA, regardless of her race, age, or occupation. So in honour of the story, I had to be truthful. I'm fully aware that it's not my story, it's an SA story and I relate to it. But my job as an actor is to tell the truth of this experience as best I can.

I've never been kidnapped or trafficked, thank goodness. I have empathy and compassion for someone who has gone through that and I try to use my gift to shed light. Playing this part and shedding light doesn't mean I have to lose myself. I think it's when I lose myself that I open myself up for mental illness, depression, and suffering.

My mentor Sibulele Gcilitshana, used to say, “Masasa, our job is to love our characters unconditionally and not judge them. We need to have unconditional and personal regard for them. No matter what they do, they're worthy of love and respect.” 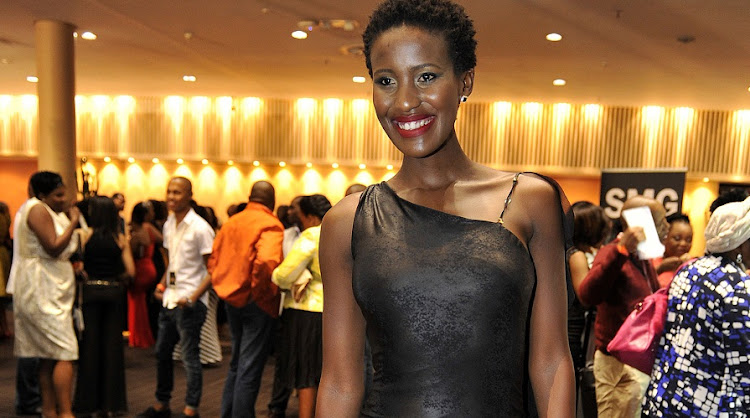 What do you think you've learned from your character?

The biggest lesson I've learned from Joyce is resilience. I think she endures so much. In Xhosa, we say, “ekunyamezeleni ukhona umvuzo”, which means patience prevails.

I've also learned the importance of staying closer to the truth. Even when her child was lost, she didn't change her story but maintained it. This tells me that if you stick to your truth, it doesn't matter what people are saying - what is important is to be patient and remain true to yourself.

How do you remain so consistent in your craft?

Thanks for the compliment. I think it's about having a teachable spirit. I'm constantly curious and willing to learn. Covid has shown us that life is so finite, and because I'm aware of that, I've tried to take every opportunity I'm given and do my best. And that comes with our acting careers and the turbulent, inconsistent nature of our work.

We attack life with gusto and enthusiasm because I don't know where I will get the opportunity again, so I make a point of enjoying it. I'm trying to remind myself that, at this moment, I'm here. I don't know what tomorrow holds, I can't do anything about it, but I'm here. I think the consistency you speak of is that I treat every moment as if it's the last and I honour that because life is too short.

You and Dumisani Mbebe had such great chemistry on screen! How was it starring alongside him?

The reason I do that for my colleagues is that I lose nothing by complimenting another person.

Dumisani is a great actor, very funny and also kind. He's very complex and compassionate. I recognise that passion within myself as well and I guess that's why we got along so well on set. I could give him advice and he would do the same for me too.

What inspired the platform In & Out Studio?

My passion for teaching. For a year or so, I took time off from acting to focus on teaching – and I experienced the same joy that I find when acting. I get the same joy when my students achieve their full potential. So my intention was to spread the message that in acting you can't perform if you don't know yourself.

Catch Masasa Mbangeni on Mzali Wami season 1. All episodes are available to binge-watch on Showmax >>>