‘Friends: The Reunion’ is streaming on Showmax

What’s new on Showmax in June 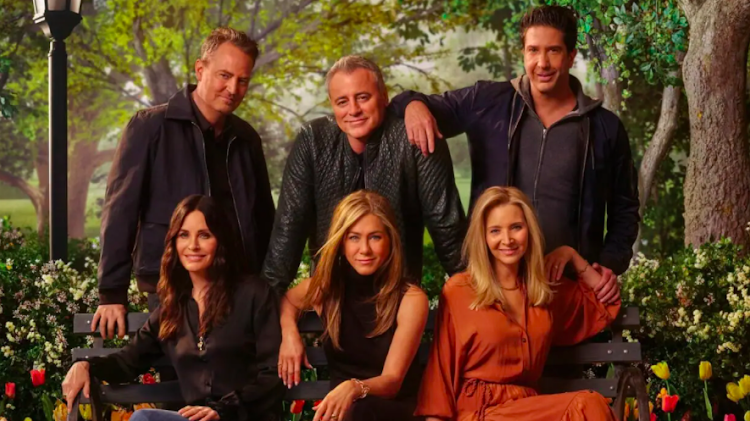 Drop everything — it’s the one you’ve been waiting for! Friends: The Reunion is streaming on Showmax. Want more content everyone is talking about? Kate Winslet’s Mare of Easttown, the fifth season of Rick and Morty and the final season of Showmax favourite Younger are all coming in June.

Plus, settle in for a super binge straight from the DC universe.

Subscribe to Showmax from R39 a month to watch it all this month.

Ladies and gentlemen, can we have an OMG? (And all the tissues!) It’s Friends: The Reunion! Also known as “The One Where They Get Back Together”, the two-hour TV special is coming to Showmax, fresh from the US! The special is now available on Showmax.

HBO’s latest drama Mare of Easttown stars Oscar winner Kate Winslet as small-town detective Mare Sheehan, who must investigate a murder while trying — and failing — to keep her life from falling apart. “Winslet is utterly mesmeric, shorn of any glamour,” says the Times (UK), while Time calls the show, “poignant, richly observed”. The series has a 92% critics’ rating on Rotten Tomatoes.

Rick and Morty season 5 is here, and Rick Sanchez is back! The sociopathic genius scientist lives with his daughter Beth’s family, constantly bringing her, his son-in-law Jerry, granddaughter Summer, and timid grandson Morty on insanely dangerous adventures across the multiverse.

Rick and Morty won its second Emmy in three years in 2020 and is the second highest-rated animated series of all time on IMDb, behind only Avatar: The Last Airbender (also on Showmax). It’s one of the most-binged series on Showmax, with all previous seasons available to stream.

For six seasons, Younger has kept fans guessing: will Liza choose Charles or Josh? Now, in season 7, she’s going to have to decide once and for all, because, not only has Charles proposed, but it’s the final season ... (though, advance warning, the trailer suggests there’s a third option: surf legend Kai Manning).

Younger has a 99% critics’ rating on Rotten Tomatoes, with The New York Times hailing it in April 2021 as “escapism at its fantastical best”.

Binge the whole season first on Showmax from June 11 2021. In the meantime, binge  seasons 1-6

Based on Robert Kirkman’s hit comics, The Walking Dead is the definitive zombie show, having won 78 awards globally, including Emmy, People’s Choice and Critics Choice awards. The final six episodes, which were delayed by the pandemic, will finally hit our screens on June 4.

Season 10 has an 83% critics’ rating on Rotten Tomatoes, where the consensus is: “A few changes in front of and behind the camera allow The Walking Dead to create space for compelling new stories and some seriously scary new adversaries.”

Watch the final episodes, plus all the back seasons, first on Showmax from June 4 ”

Betty has a 97% critics’ rating on Rotten Tomatoes, where season 1 was the fourth best-reviewed young adult series of 2020. As the critics’ consensus there puts it: “Earnest, audacious, and effortlessly cool, Betty captures the spirit of skating and friendship with style.”

New episodes on Mondays from June 14 ”

Into the Dark season 2

In this horror anthology from Oscar-nominated producer Jason Blum (Us, Get Out), each episode is inspired by a holiday, from Halloween to Thanksgiving, Christmas to New Year’s Eve. Look out for the likes of Judy Greer (Ant-man), Dermot Mulroney (August: Osage County), and Harvey Guillén (Guillermo in What We Do In The Shadows).

This teen favourite reboot of the popular original series follows three sisters: Macy, Mel and Maggie. After the death of their mother, they discover they are a powerful trio of good witches known as the Charmed Ones.

The Outpost is Rotten Tomatoes’ second-best-reviewed action and adventure film of 2020, with a 93% critics’ rating. It’s based on a true story and, as the critics’ consensus says, “Told with gripping realism, The Outpost is a thrilling technical feat and a worthy tribute to military heroes.”

As members of a small team of US soldiers outnumbered by the Taliban in Afghanistan, Orlando Bloom and Clint Eastwood’s son, Scott Eastwood, co-star with Caleb Landry Jones (Three Billboards Outside Ebbing, Missouri).

AFI’s Movie of the Year for 2020, Richard Jewell is the true story of the security guard who was hailed as a hero after finding the device at the 1996 Atlanta bombing, but then became the FBI’s number one suspect, vilified by press and public alike, his life ripped apart.

Paul Walter Hauser plays Jewell, while Kathy Bates was nominated for an Oscar and Golden Globe as his mother. Jon Hamm and Olivia Wilde co-star. Directed by Clint Eastwood, Richard Jewell was hailed as “unforgettable” by The Observer.

2020 music drama The High Note sees a superstar singer and her overworked personal assistant presented with a choice that could alter the course of their respective careers. It stars Dakota Johnson and Tracee Ellis Ross, who was nominated for a 2020 People’s Choice Award and a Black Reel Award for her role as R&B singer and mega-star Grace Davis. FilmWeek calls it, “an enchanting and escapist summer movie ... with so much love of music in its soul”.

Nhlakanipho is a talented young girl with a big dream: to be an actress. The Joburg School of the Arts could be the key to her future. But it’s up to Nhlakanipho to come into her own as a young woman and as a performer to be a success. Will she find her voice or lose it in the crowd?

Stream from June 14, first on Showmax.

In the new local reality series Becoming, four participants grapple with what it means to be trans in SA today. Follow each of their stories as they discuss their past and the many challenges they have faced living in the wrong body, before sitting down with their respective families to tell them who they really are inside. Binge from June 30.

This HBO documentary film tells the story of the unprecedented sports shutdown in March 2020 and the events that followed. Emmy-winning director Antoine Fuqua (What’s My Name: Muhammad Ali) chronicles the abrupt stoppage due to Covid-19, how top athletes made their voices heard in the cultural and political reckoning on racial injustice in the US, and the complex return to competition as the sports world tries to find its new normal. ‌

Amid the turbulence and division of recent years in the US’s history, HBO’s Our Towns finds a different story: the tale of eight towns across the US where communities are experiencing positive change. It has an 88% critics’ rating on Rotten Tomatoes, with the Washington Post saying, “As an exercise in sincerity, fellowship and earnest inquiry, it might be the most subversive movie in circulation right now.”