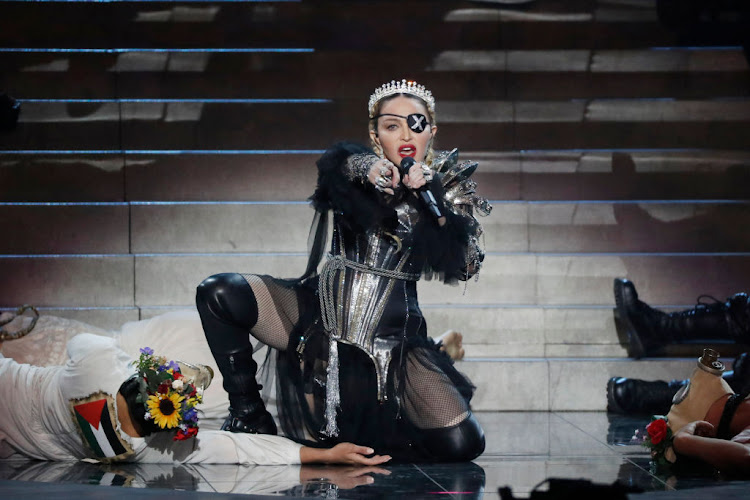 US singer Madonna has reposted racy images taken down by Instagram over nudity concerns, slamming the platform for “censoring” her.

The drama started when the Material Girl hitmaker posted steamy images of herself on Insta, much to the confusion and alarm of her 17-million followers.

The snaps featured the singer in different positions on a bed or beneath it, with one showing her lying on bed with a nipple exposed.

The snaps were apparently taken down by the platform due to nudity concerns, according to the songstress, but she defiantly reposted them a day later.

Alongside the racy images, she shared a lengthy message blasting the platform and society’s treatment of women and their bodies.

“I’m reposting photographs Instagram took down without warning or notification. The reason they gave my management that does not handle my account was that a small portion of my nipple was exposed.

“It is still astounding to me that we live in a culture that allows every inch of a woman’s body to be shown except a nipple. As if that is the only part of a woman’s anatomy that could be sexualised.

The reposted snaps have earned more than 600,000 likes.

This is one tiny, insistent, brave woman
Lifestyle
1 year ago

At 60, pop's most exalted shape-shit has dropped an unexpectedly chart-topping album
Lifestyle
2 years ago