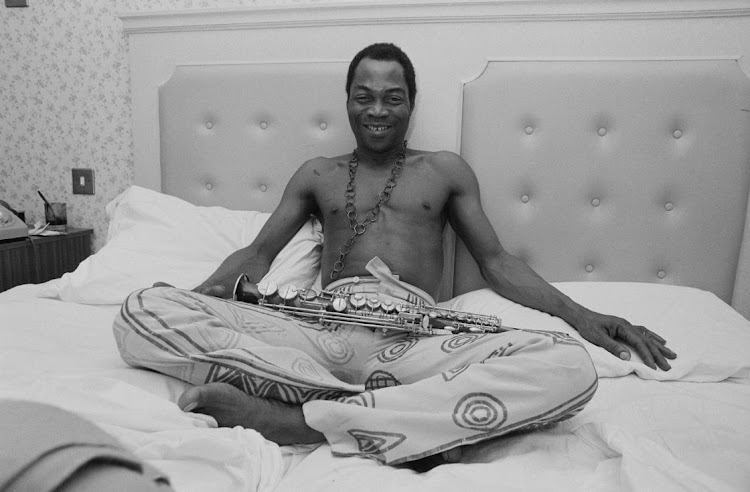 If there is one musician as commonly associated as Fela Anikulapo-Kuti with the West African musical movements Afrobeat and Afrobeats (never mind Afro-Blues and Afro-Soul), this is the preserve of Orlando Julius Ekemode. Given Fela’s immense stature it would seem impossible to speak of another musician from whom he gained musical direction. Yet, one must, in the case of his fellow multi-instrumentalist Orlando Julius.

Together they are a large part of the force behind highlife (the West African music originating in Ghana in the 1800s that fuses traditional sounds with jazz) and Afrobeat (a sound that further varied things, starting in the early 1970s, with a blend of jazz, funk, psychedelic rock and traditional West African chant and rhythms). Fela and Julius pioneered Afrobeat after practising highlife.

It is true that Fela drew inspiration from a variety of musical heavyweights across the globe. But in terms of tangible impact, fellow Nigerian Julius is the name to beat. Of Fela, Julius once offered: “Fela came to my club every week and when he formed his own band in 1964, I gave him four members of my group to get him started.”

The peaceful passing of Julius on Friday 15 April 2022 is therefore to be properly contextualised.

Julius evokes that adage which seeks to compel contemporary humans to be more mindful and celebratory of fellow humans, particularly those of rare distinction, in the course of their lives. News reports aside, there has been a shortage of tributes on Julius since he passed on. Yet there is a near-epidemic shortage of Julius in the academic literature of Nigerian and African popular music, of Afrobeat and highlife. This is all the more surprising considering who Julius was, what he stood for, how he appropriated his talents – and to what causes.

He entertained diverse ideologies from the outset of his career, long before the age of compulsive diversity. His transnational ethos was further entrenched by his co-bandleader and wife, Latoya Aduke, who has African American roots. He committed his life to exemplifying broad-mindedness and he demonstrated this in his very meaningful music.

The erasure of Julius

Much forgotten in the discourse and performance of postcolonial Nigerian popular music, Julius is often blurred, conflicted, and sometimes subsumed with his namesake and older highlife crooner Orlando Owoh. Perhaps because literature on highlife music has sparingly touched on Julius’ work, his place in Nigerian music history remains somewhat fluid, maybe even fickle.

One survey of Nigerian highlife between 1960 and 2005 managed to commit ink to artists Bobby Benson, Rex Jim Lawson, Roy Chicago, Victor Olaiya, Sonny Okosun, Osita Osadebe, Victor Uwaifo and Prince Nico Mbarga – all highlife heavyweights. Yet, Julius is conspicuously omitted. Another study on political music cultures in postcolonial Nigeria went to the lengths of drawing from veterans of Julius’ era, including Victor Essiet of the Mandators. It deeply interrogated contributions from Sonny Okosun, Ras Kimono and Majek Fashek, but curiously left out Julius.

The ultimate tribute to Nigerian music greats, singer Faze’s anthem Originality equally committed the unthinkable by omitting Julius, but not Owoh! It is perhaps in Julius’ nature to be left out of classifications of highlife and politics. Of his musical originality, Julius offers:

I started out playing highlife, and was the first to modernise it with rock, jazz and R'n'B. It was Afrobeat but my record company named it Afro-soul.

The ethos in the music

With the different bands that Julius played, he always produced palatable and resonant music. His ambidexterousness underscored how much of a musician’s musician he was. Lyrical verbosity was not a vice of his era. Julius did his talking on the saxophone, the keyboard and on the drums. He composed music for liberation. He provided leadership to each of his bands. Whereas he is better known for hit songs like Jaguar Nana and Ololufe, it may be rewarding to briefly engage with I’m Back To My Roots, Be Counted, and Selma to Soweto.

I’m Back To My Roots is a wavy cruise of eclectic instrumental mixes wherein Julius reveals his affinity for his Nigerian origins and their significance to his essence. It is fitting that he passed on peacefully at his home in Ilesha, Osun State, Nigeria. Meanwhile, in Be Counted, Julius advises his audience to live worthily through the pursuits of peace, love, justice and liberty.

He offers a few examples of characters in whose footsteps his audience may emulate – Malcolm X, Marcus Garvey, Obafemi Awolowo, Nelson Mandela, Martin Luther King Jr. – demonstrating a Pan-Africanist outlook. He urged freedom lovers to rise and be counted in the advocacy for equal rights for women. Here, he names Mahatma Ghandhi, Malala Yousafzai, Joe Odumakin and Michelle Obama, demonstrating a diverse sense of equity.

Julius exemplified global awareness and spoke with measure in Selma to Soweto where he urged everyone irrespective of nationality to join hands and march together in order that the world moves beyond apartheid and racism. He sings:

Let’s march from Selma to Soweto because I have a dream.

Politically, his music and his message would seek originality as a way of doing things progressively in the future. It would advocate a truce between rivals and a government where everyone’s strengths are played up, irrespective of gender or place of origin. Orlando Julius Ekemode was a musical pioneer with a cocktail of rich and endearing messages. If we continue to neglect his contributions, we will all be poorer for it.