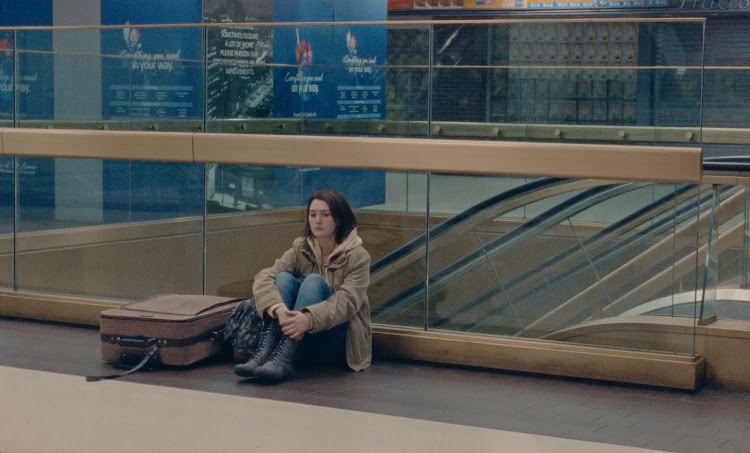 With the overturning of Roe v Wade by the US Supreme Court this week, the issue of reproductive rights and legislation of women’s bodies has been thrown angrily into the spotlight.

Here are three films that reflect on these issues in different but provocative and moving ways and remind us that we should be thankful that in SA, on paper at least, women still have the right to choose.

Sidney Flanigan makes her powerful debut as 17-year-old Autumn, a rural teen living in small-town Pennsylvania, who when faced with the realisation that she’s pregnant must make a difficult decision. In Pennsylvania there is no possibility of terminating a pregnancy but in more liberal New York you can have an abortion if you can get yourself there.

When an anti-abortion counsellor at Autumn’s local clinic makes her realise that perhaps she’s not ready for motherhood, she seeks the help of her cousin Skylar (Talia Ryder) who works with her at the local supermarket. Skylar manages to get the money needed for her and Autumn to make a surreptitious bus trip to the Big Apple where Autumn can get the help that she needs.

Hittman’s direction subtly brings home the terror and desperation of Autumn’s situation through a taut imbibing of the film with an atmosphere of dread, poverty and misery that makes you feel the emotional tumult of a struggle that shouldn’t be as hard as the legal maze of US state regulation has made it. Though it steers clear of didactic debate of the issue of abortion, the issue and the US’s fraught relationship with it permeate everything that happens to the young women on their small but hugely significant journey towards freedom and self-discovery.

French master Claude Chabrol takes a cold-eyed look at the true story of Marie-Louise Girard, who was executed by guillotine in 1943 for carrying out abortions. Chabrol renames her Latour and has her played with brittle self-sufficiency by the legendary, if sometimes hard to like, actress, Isabelle Huppert, who gives her a skilful mix of pragmatism and gradual empathy for the women she helps.

Latour isn’t motivated by ideology but rather by the difficulties of circumstance. With two young children to support and a husband who is unable to work after his return from World War 2, she spots a niche market and proceeds to use this to her advantage – charging high prices for her services and using the profits to upgrade her sexual options and live a luridly lavish lifestyle that eventually catches up with her.

Chabrol is sometimes a little heavy on the metaphorical imagery, which abounds with prefiguration of Latour’s eventual demise and obvious commentary on the oppression of woman and the debilitating effects of the war on the French national character.

However, there are enough strong performances and moments here to make it, if not one of Chabrol’s best, a better than average thoughtful examination of the role of society in creating the circumstances that lead desperate women to look to illicit means to terminate unwanted pregnancies during an era long before the sexual revolution, feminism and Roe v Wade when abortion was taboo in many countries in the world.

Where to stream it: Mubi.com

THE DIAMOND IN THE ROUGH

The irrepressible Lilly Tomlin stars as the grandmother of the title in this abortion road trip comedy that offers plenty of sly laughs and lots of emotional punch. Tomlin plays Elle, a lesbian granny with a dirty mouth and a no nonsense attitude who when her granddaughter Sage (Julia Garner) tells her that she needs money for an abortion, sets about taking control and making it possible, even if she’s stopped talking to Sage’s mother years ago and has no intention of starting now.

Director Paul Weitz wrings stellar performances from his odd-pair main actors and they’re ably supported by an equally able supporting cast. Tightly paced and taking place over the course of a single day, the film manages to pack a lot into its short running time.

By the time it’s over, you’ll realise that it’s Elle, the grandma, who’s actually done most of the growing, rather than her wiser-than-her-18-years granddaughter whose mistake has set everything in motion. It’s a tribute to the immense talents of Tomlin that she manages to make Elle difficult and harsh but also endearing, tender and always interesting.

Weitz never preaches to the audience but the wide range of issues thrust into the spotlight by the story’s simple premise are always present but never placed awkwardly in the foreground, allowing the actors to get on the with the job of bringing their memorably quirky and moving characters to full and energetic life.

Where to stream it: Apple TV +