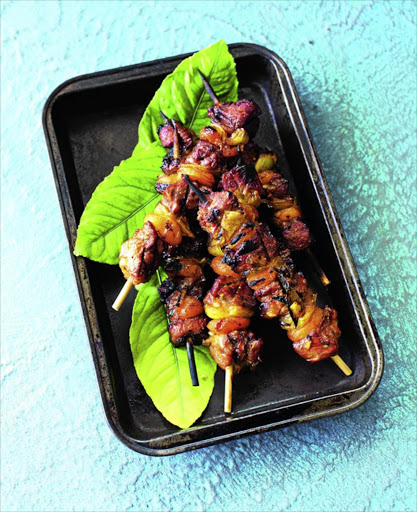 1) Put the meat and the sosatie seasonings in a bowl. Leave overnight in the fridge.

2) Mix all the ingredients for the marinade (except the apricots and onions) and bring to the boil. Let it cool. Pour over meat cubes, but do not strain off the milk mixture. Let it stand for 3 hours. Stir regularly.

3) Thread the meat, apricots and onions on sticks that have been soaked in water. Roast over hot coals.

• This recipe is from the cookbook 'Bitter + Sweet' (Human & Rousseau), which is a treasure trove of Cape Malay cook Mietha Klaaste's traditional recipes and memories, as told to Niël Stemmet.