SA's answer to tequila: this local spirit is well worth a shot

Sarah Kennan loves tequila. "Alcohol is a depressive," she says. "But pure tequila is very energetic - it's this pure, energy-giving spirit." 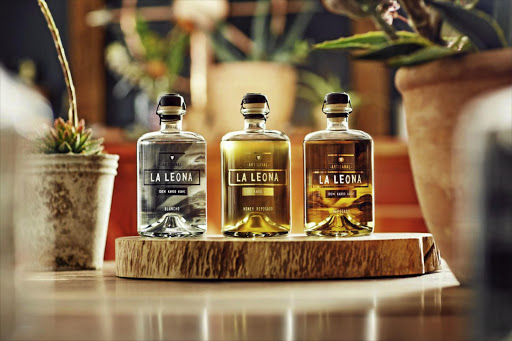 The La Leona range includes three flavours: Blancho is the most raw tasting, Reposado is aged for three to six months, and raw honey is added to the Honey Reposado.
Image: La Leona

Bottled under the La Leona label and made from 100% Karoo agave, her spirits are winning fans across the country.

"It all started two-and-a-half years ago," she says. "I've always loved tequila, but I really fell in love with it when I went to Mexico and stayed in the tequila town, Jalisco. I learnt a lot about this incredible spirit, how to make it in the authentic, traditional way and I got to understand more about the reverence it deserves."

On her return to South Africa she started researching agave farmers in the Karoo and went on a distillery tour. Finally she found a facility outside Joburg where the agave could be baked in the oven, crushed and poured into barrels.

The three La Leona flavours reflect the barrelling process - Blancho is the most raw tasting, it's clear and pure and has a sexy hint of smokiness. Reposado is aged for three to six months in French Oak barrels to give it a richer colour and depth and raw honey is added to the Honey Reposado.

"There's this perception of tequila being a party drink that doesn't taste so good," she says. "People think it's something you neck back at two in the morning and it inevitably makes you feel terrible the next day. That's not how it's meant to be.

"Ideally it should be sipped neat or over ice, Reposado is amazing with a squeeze of lime."

"Tequila is meant to be a fun, celebratory drink, one that lets you go out and have a good time but still be able to wake up the next morning and get on with doing the things you love to do in life." Which is clearly what she's doing.

Kennan has sold more than 550 bottles in the past three months - which is a long way away from when she first started making it and had her friends sipping her brew at the 2016 AfrikaBurn.

The dream, she says, is to have her own distillery and to bottle enough to really make a difference to the agave farmers around Graaff Reinet in the Eastern Cape.

"I'd love for it to be known as the agave capital of Africa," she says.