How to cope if you're having an unhappy Christmas 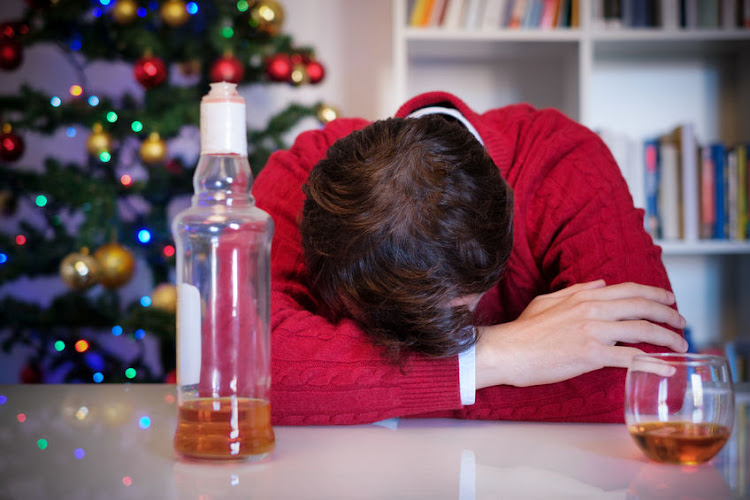 Loneliness‚ substance abuse‚ debt‚ depression and relapses into grief are just as much a part of the festive season as all the positives.
Image: Tommaso Altamura/123RF

“When my mom calls us a blended family‚ I want to be sick. That’s just a nice way of saying I have to spend Christmas with a stepfather and step-siblings I really don’t get along with. I find the whole festive season so depressing and want to crawl to the bottom of my bed till it’s over. It makes me miss my real dad so much.”

Daniel Porter*‚ 23‚ who says he starts dreading Christmas as early as October‚ is hardly an exception. For all its hearty meals‚ shiny tinsel and forced goodwill‚ for many people the festive season is a major downer.

For some‚ it’s a mild case of the blues‚ while for others it is a high-risk season for suicide‚ crippling depression and anxiety‚ or synonymous with substance abuse and relapse.

Research by Professor Lourens Schlebusch at the University of KwaZulu-Natal found that “family dynamics play an important contributory role in suicidal behaviour”. And December is a high-risk period in a country where an average of 23 people commit suicide daily and hundreds more try.

Other mental health issues and disorders can also be exacerbated at this time of the year‚ and the South African Depression and Anxiety Group (Sadag) says these issues are often about expectations versus reality.

Many people buy into the notion of the ideal family‚ spurred on by images and stories in popular culture. This can make people resentful or heighten the conflicts between relatives if their families don’t match up.

In Porter’s case‚ movies about “happy families at Christmas meals” upset him not because they’re unrealistic but because he feels his family was close to that image when his dad was alive. “It is just hard to accept that things can change overnight‚” he said.

Ho, ho, oh no! 5 reasons people get bummed out by Christmas

It's the festive season and time to eat‚ drink and be merry. But Christmas holidays leave some people wanting to drown their sorrows.
Lifestyle
4 years ago

When Sadag recently held two open chats on Facebook in which members of the public could ask for advice‚ problems included worrying about overspending‚ memories of growing up with an alcoholic father whose presence in the home over the holidays disturbed everyone‚ and dreading being with in-laws who had no empathy that the person was grieving the loss of a pet.

One person with an eating disorder felt anxious about the mounds of food that would be dished up‚ while another was grieving after the death of her mother but was at loggerheads with siblings over winding up the estate. Like many others‚ she felt at a loss because her usual psychiatrist was away for the holidays.

Loneliness‚ substance abuse‚ debt‚ depression and relapses into grief are just as much a part of the festive season as all the positives.

According to psychologist Nkateko Ndala-Magoro‚ an effective way to combat loneliness at Christmas is to find an old age or children’s home that needs volunteers.

“In that way‚ you will be spending time with people while at the same time you will feel fulfilled in doing something for others on Christmas Day‚” she said.

Sadag operations director Cassey Chambers encouraged those battling substance abuse not to give up their quest.

“Whether we turn to alcohol‚ drugs or prescription pills to help us cope with whatever we’re having to face over the holidays‚ or as a way to feel more enjoyment during the festivities‚ the consequences are simply not worth it‚” she said.

To those who had worked on their recovery this year‚ she said: “Don’t give up the progress you’ve made over the last 50 weeks for these two ahead‚ which will be over before we know it.”

TIPS FOR COPING WITH ANXIETY AND DEPRESSION OVER THE FESTIVE SEASON

• You don’t have to pretend to feel a certain way – doing so can make you feel worse. If you need to cry or be alone at times to mourn a loss you've experienced‚ then do so.

• Don’t buy into the ideal Christmas seen on TV and social media. Perfection is an illusion that can leave us feeling worse off than everyone else.

• Ask for help if you need it‚ and be specific. You don’t have to do all the shopping‚ decorating‚ cooking and gift-wrapping alone.

• Try to stick to your usual routine as much as you can‚ and if you take medication‚ don’t skip it.

• Make sure to still eat a balanced diet‚ stay active‚ and get enough sleep.

• It’s okay to set your boundaries and stick to them – this will help you take care of your needs. Say no when you’d like to‚ leave a party when you’re ready to go‚ stick to a budget that suits you‚ and refuse to accept the pressure of materialism.

Coping with the loss of a loved one over Christmas

My mom died on Christmas Day ... how can one possibly 'be jolly' after a thing like that? ponders Qarnita Loxton
Lifestyle
4 years ago