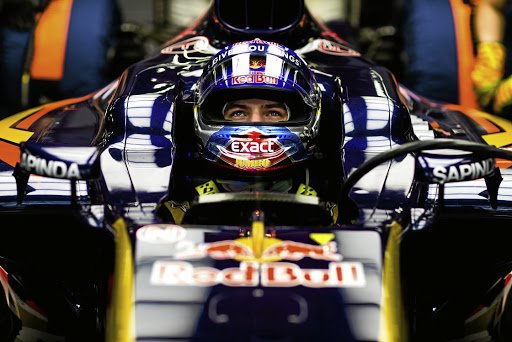 Red Bull's Max Verstappen gets fit for a race with a routine that includes deadlifts, boxing and running up steep hills.
Image: Peter Fox/Getty Images

Formula One demigod Lewis Hamilton is hugely popular on Instagram. His 10.3-million followers are often treated to behind-the-scenes images of the star during Grand Prix weekends (celebrating wins, philosophising losses), candid shots of him with family and friends (and his beloved dog Roscoe), glam pics of him hanging out with celebs (everyone from Will Smith and model Gigi Hadid to music's weird-girl-of-the-moment Billie Eilish) and obligatory luxurious lifestyle shots (helicopters, private jets, Maybachs and models all feature).

Because - despite what some people may think - F1 is a sport and its drivers are athletes. The mental endurance it takes to complete a Grand Prix is at least acknowledged by those outside the sport, but the physical fitness of drivers - and the amount of work that goes into it - doesn't always get the attention it deserves.

Addressing the misconception that driving around a track couldn't possibly be labour-intensive, Hamilton says in an interview with website Highsnobiety: "There's a bit of a public blind spot when it comes to fitness and racing, because people can go play football or do athletics and know that it's physical. I guess with racing, not everyone can experience it, so people don't know…

"One focus area that not so many sports cover is the neck - I'm wearing a 10kg helmet so I need to build strength in this area. Otherwise, a lot of running. I have to watch my weight because every kilo costs time."

As Simon Reynolds, driver performance manager at McLaren Applied Technologies, tells the Telegraph: "An F1 driver is a complete athlete. Although they are not moving dynamically like footballers or rugby players, they have to cope with a static load from the G-force as well as the vibrations and physical demands of steering the car for many repetitions.

"There is a misconception that because F1 drivers are seated they are not doing a lot, which couldn't be further from the truth. They are probably some of the fittest athletes around. Marathon runners and sprinters may work on specific skills but F1 drivers have to be good at everything."

Hamilton isn't the only driver who shares his workouts on the Gram: Red Bull Racing's Max Verstappen's 2-million followers have seen him do deadlifts, run up steep hills and do some boxing in preparation for races; Renault's Daniel Ricciardo has posted pictures and videos of his mountain-biking, strength training and core-strengthening exercises; his team-mate Nico Hülkenberg has Instagrammed himself doing neck-strengthening exercises in a "heavy weight" helmet and lifting weights with his head (sounds - and looks - rather uncomfortable). 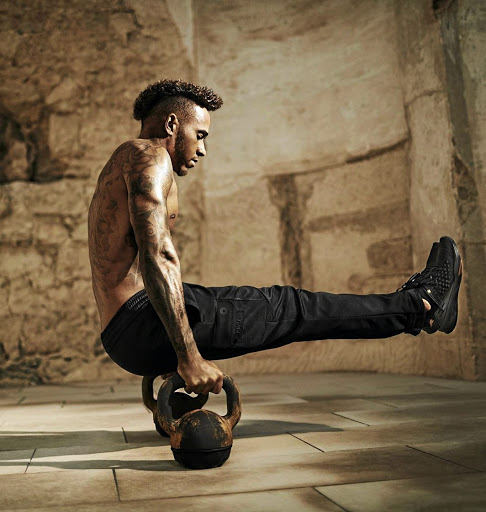 But head and neck exercises are hugely important for the drivers, as Hamilton pointed out. The weight of the helmet, in addition to the weight of the driver's own head and the G-force can, during some parts of a race, equate to 30kg - 40kg, writes Reynolds on the McLaren website. "To provide some perspective, this is equivalent to resting a 10- or 11-year-old child on an unsupported head, which of course is not advised!" No kidding. Reynolds continues: "There is also a huge physical strain placed on the neck and abdomen when cornering, as repeated isometric contractions are required to stabilise the position."

To strengthen their necks, drivers use a training machine Physio Room described as "basically a helmet with pulleys that pull the wearer's head in different directions which they then must resist".

Cycling is favoured by many current and retired drivers, including Jenson Button (who's completed triathlons) and Ricciardo, as is running. Both activities test and improve endurance. For Ferrari's Sebastian Vettel, four-time world champion, badminton is a favourite because it improves his speed and agility, which makes it easier for him to react quickly when he's behind the wheel ("Training of hand-eye co-ordination and reactions is crucial," he writes on his website).

While he was still with Red Bull, Ricciardo shared how he works on his peripheral vision: "You face a wall and get someone standing behind you to throw a tennis ball at it and you've got to catch it with one hand." Sounds like something from a soon-to-be-hero's training session in a kung fu film.

The shoulders, arms and legs also undergo intense training. For legs specifically, drivers do exercises like jump squats, single leg hops and skipping because, says Reynolds, "the hip and the gluteal muscles, through to the leg complex, are extremely important for braking in order to produce the forces required to brake the car".

As Ricciardo told RedBull.com, he does a "bit of skipping" to "get [my] legs and calves warm, because the calf muscle does take a bashing during braking".

So much for the cars practically driving themselves, as old-school F1 purists have been known to complain whenever a new technological advance enters the sport.

This Nigerian boxing instructor teaches a group of suburban moms that life is tough and you have to learn how to be tougher, writes Andrea Nagel
Lifestyle
2 years ago

Some girls want to be the princess. Christa Martin wanted a sword
Lifestyle
3 years ago