How this Hoedspruit community rallied together to defeat HIV/Aids 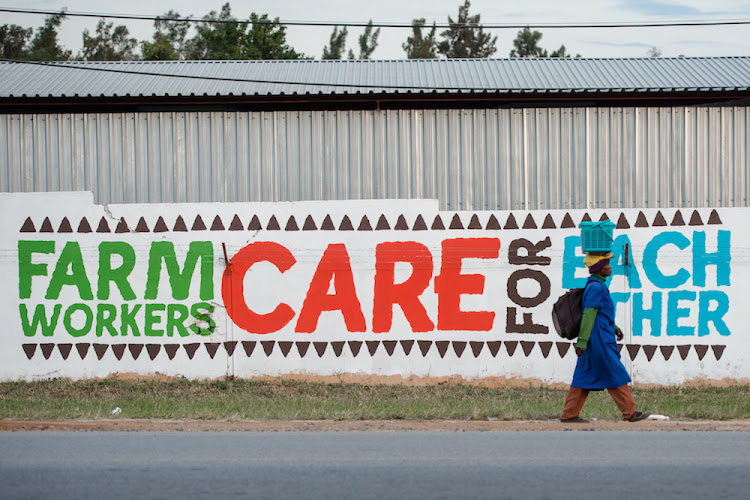 A farmworker on her way home after work walking past a mural of the Hlokomela slogan: 'Farm Workers Care for Each Other'.
Image: Herman Verwey

Almost 30 years after Christine du Preez, a nursing sister married to a Limpopo fruit farmer, started a one-room clinic by candlelight on Richmond Farm, Hlokomela has become a microcosm of what’s possible in the fight against HIV/Aids.

In 2013, UNAids initiated the 90-90-90 initiative — “an ambitious treatment target to help end the Aids epidemic” that aimed to achieve the following by 2020:

The year 2020 is here, and soon we will know if UNAids succeeded in its global quest.

But here in SA, in the small farming community of Hoedspruit, a nurse and her dedicated team of nompilos or peer caregivers have already exceeded this target — bringing much-needed HIV treatment and education to farmworkers and their families.

Situated in the Mopani district of Limpopo at the foot of Klein Drakensberg, the picturesque town of Hoedspruit is famous for its wildlife, the largest spekboom maze in the world — and the award-winning HIV/Aids educational and treatment programme — Hlokomela.

The nearest hospital, Tintswalo Hospital, is 35km away in Mpumalanga and the closest private hospital is in Tzaneen, more than an hour away. A large part of the population consists of farmers and farmworkers — and many of the latter are seasonal labourers who follow the fruit as it ripens.

In this deeply rural landscape, where poverty puts health and wellness on the back burner, one nurse and her team of dedicated staff and nompilos (meaning: mothers of health) have achieved an immense feat — they’ve restored health and dignity to farmworkers living with HIV and Aids. 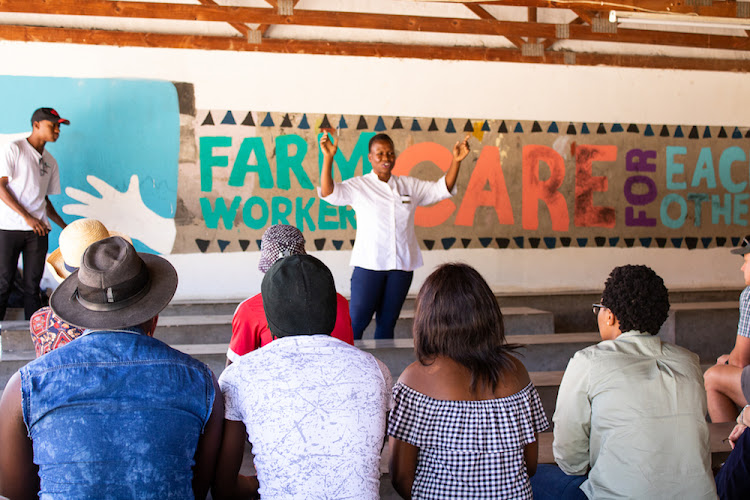 Du Preez officially started Hlokomela — the Sepedi word meaning “to care” — back in 2005. But from as early as 1991, she had tried to treat 25 farmworkers on Richmond Farm as they got sicker. Every one of them eventually died.

“No matter what I did, I just couldn’t get them better,” she says. “They were mothers and fathers and left many orphans behind. I was working in the province at the time but was authorised to do outside work. I’d approached a farmer on Richmond Estate in our Hoedspruit district to start a local clinic. He gave me a room in a farm village house, and I began working by candlelight there at 5.30am every day. Those 25 deaths are why I started the Hlokomela programme.”

Du Preez and her project manager Antoinette Ngwenya enlisted the help of UNAid’s Right to Care programme to bring antiretrovirals into the country even when they were not accepted by the government of the time. She shrugs at her own bravery. “If you see people are dying — how can you not help?”

Today, the Hlokomela programme has lowered the HIV prevalence in the area from 29.5% in 2008 to 9% in 2018 and is well on its way to achieving the UNAids 90-90-90 targets for 2020. More than 90% of farmworkers know their HIV status and 90% of those diagnosed with HIV receive sustained antiretroviral therapy. They’re still waiting on lab results confirming the third target — that 90% of those on treatment have viral load suppression — but Du Preez believes they have achieved it.

And that’s not all they’ve achieved. Since 2005, Du Preez and her team have established 11 clinics serving 72 farms in Limpopo. Hlokomela now has 71 nompilos, or caregiver peer educators, one for each farm, earning a government stipend, supporting their families and making a difference in their communities. The clinics see 30,000 consultations a year or roughly 3,500 a month.

The secret behind Hlokomela’s success?

“Via the Nompilo project farmworkers and community members are selected as caregivers and home-based carers in their area. They come to Hlokomela once a month for training on a variety of issues ranging from adherence to treatment, gender-based violence and even how to manage finances.”

“The nompilos then go back to their communities and share what they have learnt. They also refer community members to the Hlokomela clinics or any of our other projects that the community members might need. They are Hlokomela’s eyes and ears on the ground, and this grass roots-level approach of behavioural change has been instrumental in getting communities to buy into the work Hlokomela does,” says Du Preez.

One nompilo who has been with Hlokomela since the start is Maica Malatji.

She says (via translation), “People used to be afraid of testing for HIV, but now they understand that they can take tablets if they are HIV positive.” Malatji, like many other nompilos, goes into her community and screens people for HIV and also TB. If they test positive, she refers them to hospital and gives them counselling in their mother tongue. “People have become more open about their status,” she says. 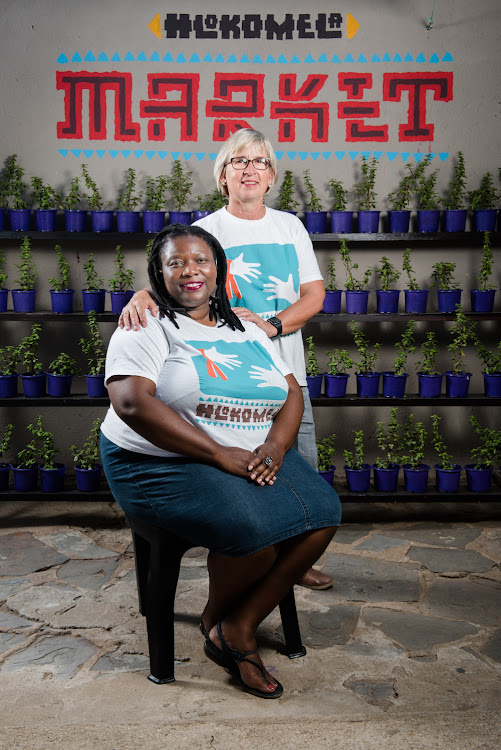 Where do rural women with breast cancer go?

Through her work with people living with HIV and Aids, Du Preez became aware of the dire circumstances of women with breast cancer and their lack of access to chemotherapy. The Hlokomela Women’s Clinic was established in 2017 when Discovery introduced Hlokomela to the Breast Health Foundation.

“There were no referral hospitals for women with breast cancer in Hoedspruit, so, Discovery provided funding for the first group of women identified with breast cancer to be treated at Helen Joseph Hospital,” says Ruth Lewin, Discovery’s head of corporate sustainability. “Discovery then provided additional funding to the Breast Health Foundation to look into what the needs are and what the cost would be to bring breast health services into the area.”

“Staff nurse Sonja Botha says Hlokomela’s doors are open to everyone — from farmworkers to people from low-income circumstances such as domestic workers and sex workers.

“Our goal is to address the patient holistically,” says Botha. “You get the same quality treatment whether you pay or not. We’ve started asking for a fee for these services from those who can afford it to subsidise those who can’t.”

Going to Johannesburg, some for the first time

If Botha finds a mass in her patient’s breasts, she refers them to Helen Joseph Hospital in Johannesburg. “We buy a bus ticket for the patient and put her on the bus ourselves. These are women who typically earn R2,800 to R3,800 a month. They’re most likely poorly educated. Most of them have never been outside Limpopo.

“That person is scared; she’s had a lot to deal with. She’s not working, not earning and she has children at home she needs to take care of. At Park Station in Johannesburg a Breast Health Foundation volunteer — and it’s always someone who is a breast cancer survivor herself — picks her up. She stays in a guest house paid for by Discovery and then she goes to Helen Joseph where she meets professor Carol Benn. The travelling time is long and it takes six weeks for a patient follow-up in the government system. It’s a long process, but it’s still better than what it was.”

Hlokomela also runs a sex-worker programme and a victim-empowerment programme.

“Through the programme we teach them how to use condoms, how to protect themselves, what their human rights are. We don’t tell them to stop, but if they want to stop, we support them to exit the industry.”

“In the simplest terms, Hlokomela is proof that the fight against HIV and Aids can be won, but only if those fighting the fight are unrelenting and continue forward even when prevalence is down,” says Du Preez.

This article was paid for by Discovery.